Attached JSW energy chart shows a W shaped formation of price of stock and then a breakout from the channel. Now the stock price is taking support on the upper end of channel. Stock is likely to move up post some consolidation at these levels and target 75.

Lower off take by JSW Steel due to shutdown of its operations for expansion and maintenance work during the quarter has brought down the share of long term power to total sales in Q3FY16.

Benefit of refinancing and reduction in interest rate has brought down the weighted average cost of debt to 10.35% as of Dec 31, 2015 and target to bring below 10%.

Kutehr HEP project total cost is around Rs 2900 crore and the company expect to complete the Financial closure by end of current fiscal. The company has incurred a cost of Rs 254 crore as of Dec 31, 2015 in this project. Executing this project on EPC basis with the EPC contractor indentified through transparent ICB route with Jayprakash Associates emerging as the lowest bidder. Though the cost of Rs 2900 crore for 240 MW works out to Rs 12 crore per MW that should not be compared to the valuations for cost paid for acquisition of older plants. There won’t be any problem in selling the power in long term basis. Right now there is no PPA signed for this project and there is no worry for selling this power in long-term basis.

Karcham Wangtoo - Free power is 12% and will increase by another 6% over next 7 year. Currently PPA is for 70%. And balance is for merchant sales. The increases in free power ill bring down the merchant sales.

JSW Toshiba is evaluating the insurance related claims. About Rs 18-20 crore is the entity level loss is estimated for JSW Toshiba. The company’s share will be around Rs 5 crore.

Stabilisation of Kolhapur is taking more than long time for stabilization this additional transmission capacity of 2000 MW to South India from rest of the grid will come in by end of CY2016.

Sales in day ahead market in southern market by the company is very insignificant and largely in shorter of 6 months kind of contract.

Tariff on Himachal HEP – Invoicing and recognition is done on petitioned rate. The difference between invoicing and payment is about Rs 67 crore. The payment will be as per the tariff order of CERC.

Vijaynagar and Ratnagiri plants were on South African coal in Q3FY16.

JSW Energy looks pretty good on the Charts and on Screener too. It has quite cheap, ( Compared to Graham Number), Profits are Increasing, No Pledged Shares by the promoter, Robust Growth over the last 3 and 5 Years.

The only negative is the Interest Cost and Debt Percentage - which to be fair is high for almost all Utilities / Energy Generators.

Promoter - Jindal Group to be fair are not the best of the promoter. They definitely have had share of Coal Scams and Zee Controversy. Also an Politician is always corrupt. No matter what…

Any Views from the community?

Power tariff to sustain drop in FY17 as well

JSW Energy held an analyst meet on April 28, 2016 at Mumbai. In the meet the company was represented by Sanjay Sagar, JMD & CEO and Pramod Menon, Director Finance.

Key takeaways of the call

@hitesh2710 Sir, just a quick questions, under UDAY scheme all DISCOMS have to improve their AT& C losses and bring it to a pre agreed level.

For eg. see this MOU: https://www.uday.gov.in/MOU/Tamil-Nadu-MoU.pdf

Will an improvement in the AT&C at the discom level translate to a better realisation (as more power gets wheeled for same capex) at the producer level?

There is a structural shift in demand/supply scenario. Demand is constantly increasing over the past 4 quarters and thermal supply has been dwindling with old plants shutting down which is causing the rate of demand to rise faster than that of supply. Hence, merchant rates are going up and JSW Energy is a big beneficiary of that, as confirmed by this article as well. This happens specifically because imported coal is now a viable source of power till domestic coal can be procured. PLF should go up significantly.

JSW Energy to gain most from rise in merchant power tariff

JSW Energy, which is promoted by Sajjan Jindal, generates 70 per cent of its total power capacity thermally. 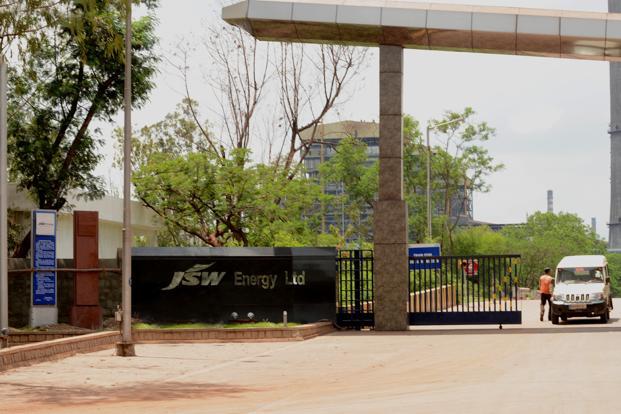 JSW Energy has signed an MoU with Maharashtra to set up facilities for manufacturing EVs and storage systems, subject to internal corporate approvals, it said GM is in advanced talks with JSW Energy to sell its Pune plant, where the Sajjan Jindal-led firm plans to make its electric car, code-named JSW car, and sell it in the range of ₹ 12-15 lakh.

What would be the impact if this succeeds.

The catalyst for future growth for the JSW Energy Limited …
Coal prices in the international market has fallen significantly (by ~30% YoY basis) and this is likely to improve the operating margins significantly going forward from Vijaynagar and Ratnagiri plants which is mostly fed by the imported Coal .
Strong balance sheet with D/E ratio of 0.89x and good amount of Reserves of RS 10,115 Crores by sep2019 as per screener It can eye for inorganic growth by acquiring distress thermal plants .
Contribution of LT Power Purchase Agreement (PPA) increased to 80.5% from 75% in FY19 and due to strong infrastructure it can have robust supply and expected to grow further .
It has well diverse set of energy producing assets viz thermal, hydro and solar segments .
it is geographically well diverse and has stakes in natural resource companies in South Africa
It has one of the has one of the strongest balance sheet in the power sector
disc : not invested this is not any stock recommendation to buy or sell on a differrent note… this is how Sajjan Jindal , manages his mind/ work life balance, derives power from
traits of a good entrerpreneur and a leader, balancing all aspects of life

The thread is dormant, and the stock has run up 3x. Any ideas why it is shooting up despite poor fundamentals. Holding a decent position since 80 levels and wondering whether to exit.

I have exited around 200 after I feel it’s too expensive. Maybe some inside new take this stock up.

Seems to be a Hydrogen story unfurling here. The company is getting into JVs with foreign investors for new fuels.