The operator of top Indian airline IndiGo is looking to raise up to $510 million in its initial public offering (IPO), according to sources, betting on an improved financial outlook helped by lower oil prices and surging passenger growth.

That figure is higher than previously expected; bankers said in the summer that the company was expected to raise up to $400 million, but its valuations have since been bolstered after it reported a big rise in annual profits. 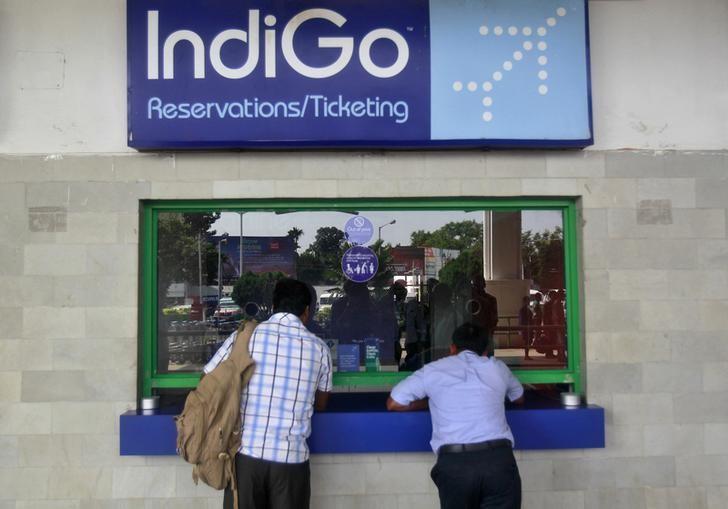 The operator of top Indian airline IndiGo is looking to raise up to $510 million in its initial public offering (IPO), according to sources, betting on an improved financial outlook helped by lower oil prices and surging passenger growth.

The company, in its share sale prospectus, clarified that its shareholders’ funds declined from Rs.426.22 crore as of 31 March.

“If this financial position continues, it may make it more difficult or expensive for us to obtain future financing or meet our liquidity needs. Further, there can be no assurance that we will be able to achieve a positive net worth in the period going forward,” the airline added. hi i have not given detailed summery of indigo . as i am new to this forum . investing from last two years actively …started investing since 2010.please any one can have a look about indigo and guide us so i can have a deep dive in indigo upcoming IPO.
IPO will open on October 27 and close on October 29.
InterGlobe Aviation, owner of the country’s largest (by market share) and most profitable airline, IndiGo, has set the price band of its initial public offering of equity at Rs 700-765 a share, sources said. The sale could fetch up to Rs 3,268 crore, a valuation of Rs 25,700 crore. The share sale is expected on October 27-29.

INDIGO have passenger load factor PAX of 87% and over 14 million passengers flown this year.

IndiGo is being valued at over ₹25,000 crore or more now, which is nearly four times the combined market cap of SpiceJet and Jet Airways.

IndiGo stuck to ordering a single type of aircraft. The mother of all low-cost carriers — Southwest Airlines of the US — pioneered this practice by buying only Boeing 737 in large numbers at a discount. IndiGo has followed the same strategy. It placed a 100-aircraft order, all of them Airbus 320. Consequently, it saves millions in maintenance costs, spare parts inventories and pilot, crew and mechanical training. This gives the airline the unique flexibility of being able to deploy its existing fleet of 96 aircraft throughout the route network, replace them in no time and deploy pilots and crew anywhere without costly disruptions and reconfigurations.

IndiGo enjoys best in class operating margin in the industry,
thanks to lower running costs 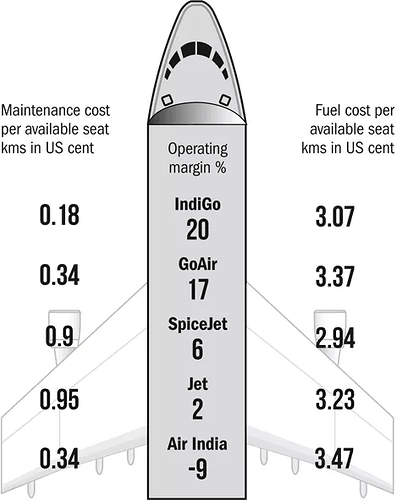 Among all the domestic players, Indigo has placed a record order for fuel-efficient aircraft

Richard Branson had once espoused, “The easiest way to become a millionaire is to start out as a billionaire and invest in an airline.”

Hi @BALASAHEB: Thanks for starting the thread. Based on the little info I have read:

I am also learning the fine art of value investing, so I await what my smarter friends have to say. IndiGo scrapes the bottom of the barrel; investors fume

IMO the dividend was a smart play by the management to pare off profits in view of lower aviation fuel costs.

Reflects very poorly on the management anyways the IPO seems to be garnering good response.

divident by indigo ipo explanation by deven choksi and kapil kual of CAPA. 'IndiGo promoters have to be consistent on dividend policy'

Speaking to CNBC-TV18, Deven Choksey of KR Choksey and Kapil Kaul of Centre for Asia Pacific Aviation (CAPA) feel there is nothing wrong with it considering that IndiGo has paid out similar dividends in the past

The Net debt (less of reserves) is still around 2500cr. Any investor-friendly management would have tried to pare off the debt than taking large chunks as dividends. These guys “swiped” 1500cr as dividend, to the extent of resulting in a negative net worth for the company. And they say in the offer document that it might be difficult for them to raise debt if they have a negative net worth.

So if you know raising debt is difficult when you have a negative net worth, all the more reason for you to “sacrifice” on your dividends.

Aviation sector has struggled to make money for investors around the world. It is asset heavy sector with uncontrolled variables like global oil prices,government regulations, capacity utilization etc. Although Indigo is well run airline in India, lower oil prices is making it look much better. Trouble of other private airlines like Kingfisher and Spicejet helped Indigo grabbed market share as they remained only “clean shirt in dirty laundry”

Indigo got its IPO timing right as their numbers never looked so better! But looking at IPO pricing and knowing history of aviation sector in India, not sure if it would generate wealth for anybody, except promoters

I would prefer to give it a miss…

If it continues to do well, one can always pick it up in secondary market at a later date.

IndiGo IPO: Promoters flying high with dividends to themselves

InterGlobe Aviation, which runs IndiGo airlines, turned a negative net worth of Rs139 crore due to an exceptional interim dividend of Rs1,500 crore paid to the promoters in FY15

Indigo’s Rakesh Gangwal says blindsided by dividend controversy
Gangwal’s reference was to the heat generated by latest filings of Indigo that shows it has paid dividends to the promoters in June, which left its net worth negative

There are analysts who have been irritated by the company’s move. Mint reported on 20 October that one of them lamented at one of the company’s roadshows in Mumbai “ You are showing negative net worth and asking for money from investors… This is an insult to investors.” Gangwal’s reference was to the heat generated by latest filings of Indigo that shows it has paid dividends to the promoters in June, which left its net worth negative

Rakesh Jhunjhunwala is said to have placed a sizeable bid in the initial public offer of InterGlobe Aviation, the operator of no-frills airline Indigo, on Thursday.

Often called India's Warrent Buffett, Jhunjhunwala was also one of the early-stage investors in SpiceJet, another low-cost airline.

Despite all the noise around the dividend payout, look at the QIB investors who have queued up. Many of them with stakes in similar international LCCs. Only the Retail & Employee portion went unsubscribed. The dividend payout by emptying the coffers isn’t reflective of good governance but the owners are confident of the ability of the management and the business to generate free cash flows QoQ & YoY. In an environment like India, where an airline managed to be profitable for 7 years, with hopes that the business environment will only get better and ATF prices trending lower and the imminent addition of Airbus A320neo planes to fleet will only lead to more efficient operations. The retail lot have been put out by the “avoid” ratings by brokers with the short view of no expected listing gains because the issue is richly priced.

I had shares from Jet Airways’ IPO and sold it after a while. Have applied yet again, lets see.