Greetings and wishing you all a happy new year in advance

I see that a thread was opened by @pratikjain1310 and closed on the Indian Wood Products Company Ltd without much discussion, so I am starting a new thread again. Request the moderators to kindly edit it or merge it as they seem fit

Incorporated in 1919, IWP was promoted by Mr. H.N. Gladstone, Mr. H. Bateson, Mr. E.H. Bbray, among others. The company is limited by shares under the Companies Act, 1913 with the sole objective to manufacture catechu. It has a manufacturing facility in Izatnagar, Bareilly, Uttar Pradesh. The manufacturing activities started in 1920. In 1980, Mr. K. K. Mohta acquired the controlling interest in the company by the transfer of shares. The company is listed on BSE.

Established Customer Base: IWP generates 75% of its revenue from pan masala manufacturers. The company’s customers include renowned brands such as Rajnigandha, Pan Bahar, Pan Vilas, Vimal, Goa, Dilbagh, Jayanth, Wah, Lingraj, Aashiqi, Mohini, Zafri, Nazar, JM Super, among others. The remaining 25% is generated through the retail segment. As of June 2018, the company had 15-20 distributors, spread across Delhi, Bikaner, Churu, Varanasi, Hyderabad, West Bengal, among others.

They provide Katha which is called Catechu in English to various Gutka/Pan Masala manufacturers in India.
They also sell Katha independently which is finding increasing uses as an ayurvedic medicine and also consumed with Pan.

Recently they have also ventured into Spices and have been releasing new products in various masala categories. The share in revenue has been increasing.
The market size of spices business in India about Rs.1.5 Lac Crores p.a. out of which only a small portion is in the organized sector.
The growth of the organized sector has been approx. 25% CAGR over the past 5 years which is a massive opportunity going forward.

They seem to have one product on Amazon but not sure on the units sold etc. since there are only 4 reviews: 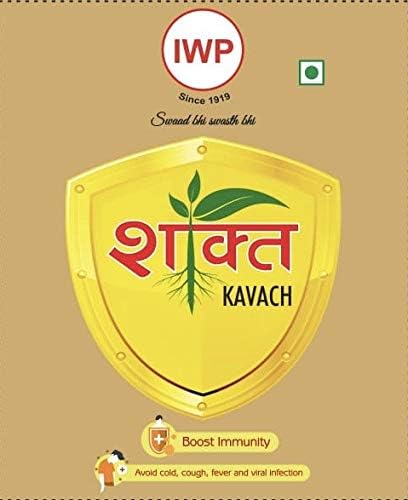 I feel that this is a company trading at very cheap valuations even for a sin industry. Consumption of Gutkha is not something that will stop in the near future and the growth of spices vertical will just make things better in the long run

Disclosure – I am not a SEBI approved advisor and this is not buy/sell recommendation. Please do your due diligence before taking investment decision

I lived for a short time on the factory premises in Izatnagar as a child while my father changed it from a loss making to a profitable one…basically a lot of corporate governance being put into place and stopping theft etc. That was while Gillanders Arbuthnot were the owners (60% Kothari 40% Gladstone family…or thereabouts). Gillanders and IWP are now a part of the Kothari Group. Have subsequently followed it out of personal interest. I wouldn’t buy their shares

Can you please elaborate on why you wouldn’t buy their shares?

When you mention it’s a 100 year old company ……and then you wonder why have they not been able to capitalise on their position, there was little competition if any from organised Kattha manufacturers . Their only competitors were the small “bhatti kattha” sellers. IWP have been well placed to do this from the mid 1970s when all the paan Masala products started coming out…you have to ask yourself what went wrong because it was going right then! I guess this is what might be referred to as biased insider views!
This is probably no basis at all for recommending a stock or not. Things change….I was tempted to share historical bias.

From 2016-19 it performed well operating profit margin and after 2019 OPM is decreasing YOY.

hi everyone, good to see re-starting of my thread on Indian wood products ltd. by @vishwa.bhat19 n also interesting insider insights from @ishikaghose .My thread was red flagged by one of the moderator ,hence discontinued posting ny updates. Also after covid co was on rough patch ,hence lost interest.
Even though it has good market postioning in katha industry n one of the oldest co , agree with @ishikaghose argument of why it still nvr performed.Margins r still below pre-covid lvls,debt doubled,etc.
thnx @vishwa.bhat19 for restsrting the thread

The management has plans to monetise their land which could ensure that their debt of around 7 crores is wiped off. All said and then the company’s foray in monetising land is what would be of interest as it could reduce finance cost.Now near 52 week low .wait and watch for another two quarters type of stock