The trigger :
Last month I had been on a vacation to one of their new properties Vivanta by Taj , Bekal
(Kerala) and was stunned by the beauty of the resort , with the beach on one side and backwaters on the other which cuts through the resort over which a bridge is built. Awesome
villas,exquisitely designed , extremely courteous staff and great food and all for a very
affordable price .

Why would the stock be a good investment ?
The big time expansion that is almost complete and ready to hit the markets ! Yes , there are two more Vivanta by Taj newly opened in Bangalore , apart from the already existing one on MG Road .

Bookings in Vivanta Coorg have started for the pilot launch in October mid. Few more in the NCR region , Hyderbad , Dwarka etc are also in the last stages .

Lots of flagging Gateway hotels have been revived and Ginger Hotels in tier 2 cities are seeing more demand and new ones are under construction. Now , the major expansion phase seems to be over and I believe the debt burden will not increase further.

On the financials , nothing great until now. Long term debt has increased to 2000 crores from
1250 crores from FY11 to FY12, mainly to retire some short term bonds. On my trip to Bekal ,
found that they have a strong base of regular loyal customers who only stay at Taj properties
when on a holiday. And the best part is the packages offered are very much affordable to aeverone, whereas a few years back the Taj Brand was seen to carter only the very rich.
The other positive news is that promoters (TATA Sons) are increasing stake , which stands at 37% now compared to 23% a few months back . There are talks of them increasing stake upto 50% .

It can be a stock to give a balance to a portfolio with mid/small caps offering limited downside and a slow but steady upmove.

Discl : Not invested , but will consider based on the precious feedback of Valuepickrs.

the problem with indian hotels is that all these new properties does not seem to be translating into growth in profits and at end of day stock prices tend to follow earnings.

While downside may be limited due to the assets it has, upsides may be limited and cause one to be frustrated after holding the stock for a long time and not seeing any price appreciation.

Sorry to say but I think there are many better options for long term investment as compared to Indian hotels.

some sectors are never meant for long term investment

this stock has been at the same levels since last 6-7 years perhaps. Very capex high model and not a fit for a long term investment at all.

Hotels are extremely capex intensive and hence returns in the long term will not generate share holder value. The pricing power usually is with the customer given the increasing capacity. As an example Leela Palace in Bangalore at its peak in 2007 was charging almost RS 20000 for a room and the occupancy was 100%. Now the tariff is close to RS 10000 and nowhere near full occupancy. Hence it is a very cyclical business.

Mutual funds have been net buyers into this for past few months. 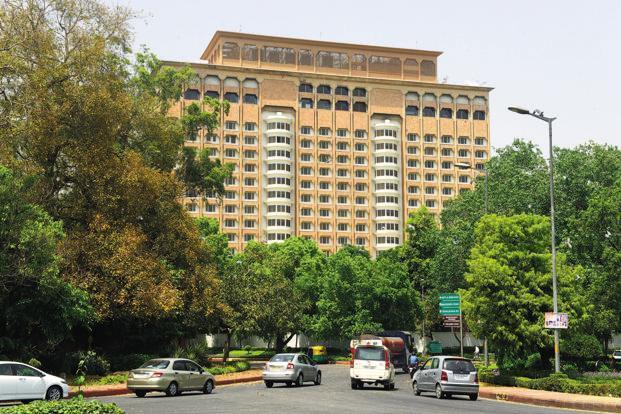 IHCL’s total income stood at ₹981.15 crore for the September quarter this fiscal as against ₹864.18 crore a year ago 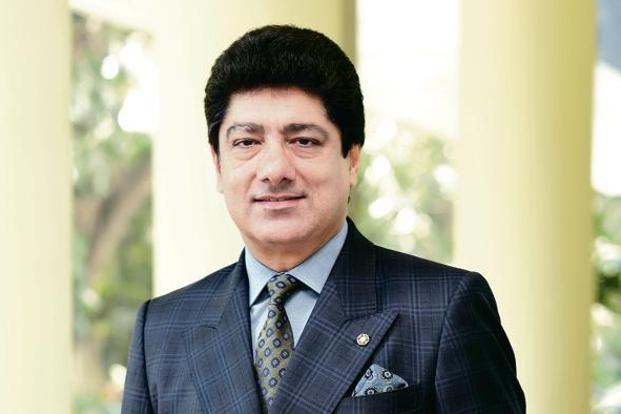 A cup and handle pattern formed in indian hotels.

Disclosure- not invested yet. Views invited

The IHCL will put in 30% equity in every such acquisition, while the rest will come from GIC.

Indian Hotels gets fit in time to profit from demand surge

Supply was more than demand for more than seven years until end- FY17.

Some observations from Recent Interview on ET now of CEO

I have invested in indian hotels based on the feb 2018 presentation of the company. I have been observing the company’s progress since the presentation was made and it seems things are playing out as promised in the aspiration 2022 document.

GIC deal is something we need to watch out how it plays out. As of now it seems a good deal for Indian hotels.

Hotel occupancy is picking up and higher occupancy should lead to much better utilisation and hence improvement in bottomline can be of a much higher magnitude than topline growth.

Technically downside seems limited. Stock seems to attract support around 140-145 region during declines. 160-165 region remains strong supply zone from where the stock price tends to come down. Looks like a tight zone of consolidation between 140-164. Last week the stock price hit its all time high of 164 and retraced.

Entry and exits are easy as stock is highly liquid.

AR 2019 Chalet hotels gives good guidance regarding supply demand situation in indian hospitality industry , My notes on same.
The Indian government has also taken several steps to boost the tourism and hospitality sector. The government has introduced e-tourist visa to facilitate arrivals of nationals; as of December 2018, this facility has been extended to 166 countries. Tourist arrivals through e-tourist visa increased at a CAGR (Compounded Annual Growth Rate) of 179.12% during 2014-18 to reach 2.37 million tourists in 2018 and overall foreign tourist arrivals during
2018 grew by 5.2% to 10.55 million. The government has also encouraged domestic air travel through initiatives such as UDAN scheme (Ude Desh ka Aam Naagrik) and the opening of regional airports. These initiatives along with rising aspiration for travelling have helped domestic air travel register a double-digit growth of 18.6% with domestic air passengers surging to 139 million in 2018. (Source: IBEF Tourism and Hospitality report April 2019).

On the hospitality front, in 2018, the industry witnessed RevPAR growth of 9.6% to arrive at an absolute RevPAR of `3,927 and ADR grew by approximately 6% as per HVS Anarock - India Hospitality Review 2018, outpacing occupancy growth rate after several years. As per the report, supply is anticipated to grow by 4.0% and demand by 7.0% in 2019, creating an arbitrage in favour of demand, which continues to spur the upcycle.
However, even with the economy growing, rising consumption, tourist arrivals and domestic air travel being on the rise, the number of rooms being added by branded hotels have dropped significantly. According to a report by CARE (Indian Hotel Industry – Review and Prospects, January 2019), the expected future inventory in 11 major markets of India is just around 49,400 rooms for the next five years (FY18 to FY23), this number has fallen significantly from the proposed new room supply at 114,466 rooms in FY08.
The contraction in the supply of hotel rooms has its origins in the issues faced by the real estate sector, as many ambitious hotel projects are now stifled by restricted liquidity forcing developers to either scrap them or convert hotel projects into residential or commercial projects in order to improve their cash flows. Announcements of new hotel projects have also reduced compared to the past. With increasing demand and lower room additions, occupancy and room rates for existing hotels are expected to be higher in the coming years, giving a significant advantage to an established company like Chalet Hotels.

@hitesh2710 The results not too bad given the tough economic situation. The company seem to be consistent on its Aspiration 2022. I request you views on the results and if possible technical analysis. Thanks.