And for whatever the broker recommendations are worth, Motilal Oswal has put has target of 230 on 26th July-

This stock is held by a large number of AMCs such as Birla, Kotak, Goldman, HDFC,HSBC, Sundaram, Mirae, DSB BR , Religare etc and many of them have bought from July month -

The ROE/ROA might be low for this bank but the valuation are still quite cheap for its relatively low Net NPAs.

You can buy because it is undervalued however you should also look at potential for growth while investing. You can see the returns of PSU some companies with moats. Companies with great moats always give higher returns…

Ofcourse this has been the only reason for buying as of now. Say that they can recover zero rupees from the ~2800Cr NNPA, even then the net worth is 11000Cr and the market cap was 6400Cr.

Proposes to position as retail and mid sized bank

Also, will be great to know your opinion on shift of CEO from here to IDBI bank.

It’s one of the undervalued stock in this raging bull market
I could find.

Ø
Breakup of Advances show focus on Retail ,management seems to be walking the talk : 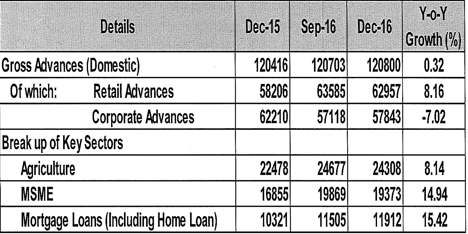 Ø
Number of branches increasing at a steady rate: 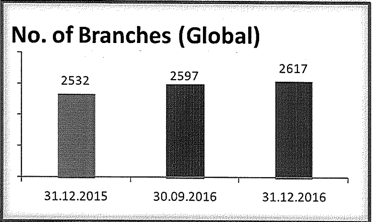 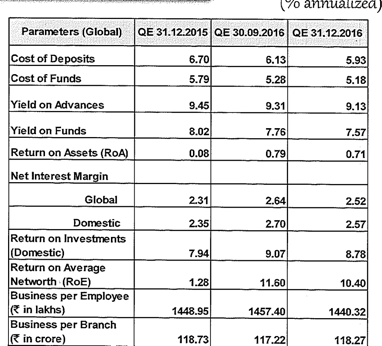 Other Important News in recent weeks: Public Sector Indian Bank today opened a branch in Kovaipudur in the city, taking the number to 88 in Coimbatore zone, comprising four districts.

Last but not the least on Technical analysis front. Though I
am a novice in Tech Analysis, however looking at the trend line it appears
stock is near its support level. Results are a week away ,IMO it’s good time to accumulate:

Disclosure: Invested and planning to increase my position. Pls do your own research before making any purchase.

And here you go… excellent set of results from Indian bank. Full year ROE will be greater than 10 %. Hope to see more improvement going further. Indian Bank plans to raise around Rs1,400 crore from the follow-on public offering (FPO) to strengthen its capital base and reduce government stake

We had some work on PSU bank numbers across several parameters. The link is enclosed below →

The idea was that - the public setup is so against the public sector banks in the light of recent events that there might me some undervalued/mispriced securities that we can find. Based on that, a few banks had come out for tracking & Indian Bank is one of them. 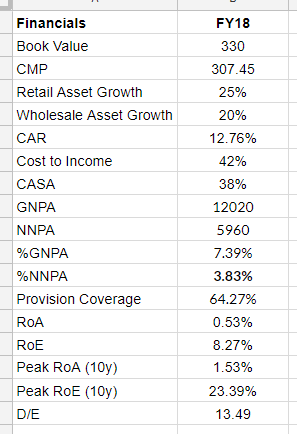 Few points which caught eye for Indian Bank are → 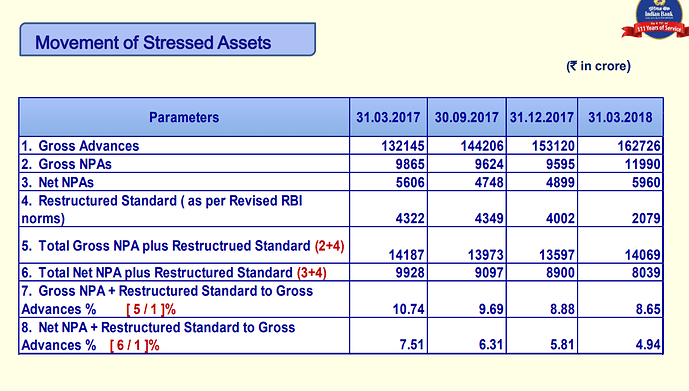 The investment thesis depends upon -

The thesis might not play out due to following things -

Disclosure -
I am invested in the stock, forms < 5% of portfolio, no transactions in last 60 days.
This stock falls in the category of attractive security (AS) for me where I will buy & sell at certain price points. It is not an attractive business (AB) for me which can be held for several years. This is not a buy/sell recommendation, investors are advised to do their own due diligence before investing.

Good analysis @rupeshtatiya. It is worth noting that Indian Bank is the only PSU bank that will not get govt bailout bonds (recap bonds) because as per government it is not on the verge of collapse. But that’s not to say that is in good financial shape. NPAs are very high and for for market to re-rate this stock, NPAs will have to go down a lot before market will assign a higher P/B ratio. 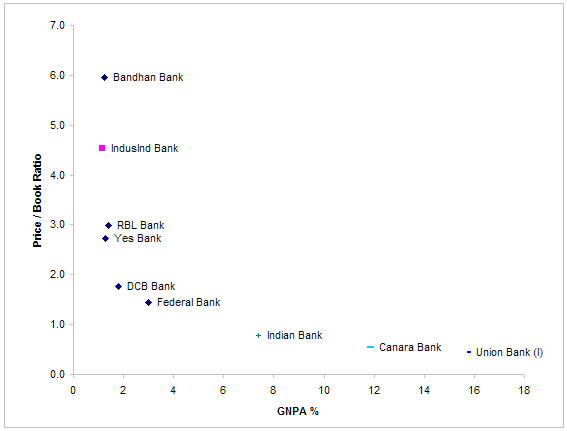 Indian Bank has to get its GNPA ratio down to 2% before market will value it at 1.5 times book. Last time its GNPA ratio was below 2% was 2011 and it been going steadily up since then. I don’t see the NPA situation improving anytime soon. Bank will need a new credit culture to make a meaningful and sustainable improvement in asset quality which I don’t think will happen in a PSU bank.

Indian Bank fits in second category above. There are few interesting players in category 1 as well like Bank of India, Dena Bank etc. with IDBI bank as the most interesting one (Mahesh Jain of Indian Bank moved to IDBI Bank & it looks like he is hired to clean up books).

I keep tracking these banks but have not made any investments in category 1 banks yet.

PSU banks’ P/B ratio bottomed out in March 2016 at around 0.3. These banks (especially the bottom of the stack) are trading above their March 2016 lows (in terms of p/b ratio) and their financial health is worse than what it was in March 2016. In a way market is already looking at better days ahead and has already priced that. Really bad ones with GNPA of 15%+ may not survive and will be merged with others. I think the asset quality reviews by RBI is to identify candidates for shotgun marriage.
About your category 1 banks, I think the best case scenario is when their financial condition improve from horrible to very bad and IMO market has already priced that.

Most of the PSU banks are trading at a price below or at the same level as in March 2016. P/B calculation for these are speculative as most will assign close to zero book value. After a certain point the valuation of these PSU banks are based on their branch network and customer reach. These will occasionally burst upwards and fall back to these levels till their is a concrete solution is in place.

Hi the stock has fallen to the prices of 2013 and 2016 levels of around Rs 100. They had issued ESOP’s around few months back to staff when stock was around 280 levels and was given at 25% discount rate, most of the staff’s was forced to buy the stock at those levels. Now its trading almost 50-70% down from that level. I would like to know if there is any reason why there has been a sharp fall and are you still holding the shares?

I had small position in Indian Bank & had sold out Indian bank on some profit & it was always short term story for me.

PSU banks valuations have been attractive for a long time & hence we were trying to understand the broader landscape. In that context, Indian Bank was looking interesting with lowest NPA & no need for fund infusion by GoI. But NNPA spiked in the quarter right after I wrote that post.

Also there is no stability in top management of the bank with 2/3/4 CEO changes in last 2/3 years. There nothing differentiated in their lending model & RoA are sub-par.

Further, with GoI as major shareholder, wealth creation or PAT is not always the focus. GoI might want directed lending or might want to monetize stake or M&A as we are seeing. When biggest shareholder is not aligned with your goals, little bit tough to take long term position.

These might be some reasons along with broader sell-off bearish sentiment for the fall in share prices.

As I understood banking more, I have moved to private sector lenders who focus on underwriting, who have better margins for the risk they are taking, management stability & product innovation/category creation etc. With PSUs & NBFCs in mess, there is also some tailwind behind them.

I’m expecting higher loan growth for all PSU banks and heavily long On Indian Bank. The only concern is Allahabad banks high NPA and toxic assets.

All PSU are expected to post fair result in this quarter. NPA slippage can be a tailwind

Vehicle loans picked up by Rs 4,550 crore in October-November from Rs 1,292 crore in April-September.