Huge Differences in Valuations in a Sector

Just wanted to put my comments on PE variations within a sector and take the community’s opinion on the same.

If we see above Kotak Mah is expensive even though it has lower 5 year and 10 year growth rates, lower (almost no ) dividend yield.

Management - I think it will be fair to say that the Management at all the 3 banks - ICICI, HDFC and Kotak are good. Axis Bank management is ok. Not the best though. But we would be hard pressed to say that Kotak has the best management.

This is definitely not a good way to valuate the banks.

The quality of a bank largely depends on how efficiently it churns out money (read: borrow @ low cost and lend @ higher. How much of loans are being promptly repaid by borrowers and net efficiency in handling cash. Or Have you accounted these in your profitability column?

One other major factor is the perceived risk on their loan books.

Also to consider is the income (%) derived from source other than loans like treasury income, fee income, etc and stability/risk associated with such operations.

PE is not only a reflection of market’s perception of growth/returns but also the associated risks. However, that perception also provides opportunities for enterprising investors, who are willing to dig deeper and refute the market consensus, making money in the process.

Note: Even within a sector companies have different business and operational models that can lead to very different valuations. Also, I have no reason to dispute the market consensus on the valuation accorded by the market to the 3 companies mentioned above for I have done no research.

Why did the Kotak bank promoters reduce their stake between March and June 2015? 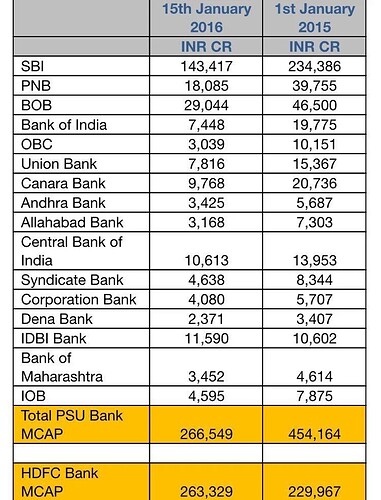 What will be a good ratio multiple to compare banks? (if we take banks with approximately similar M.Cap, Loans and Deposit.)

In the context of my previous post someone has posted an analysis on loan book risks in private banks. There are other factor that impact valuations not covered in this article so this article should NOT be taken as conclusive. This is NOT recommendation on any bank. The article can only be considered as the starting point for your research. You are responsible for your money so do your own research.

Added Later: In the context of this thread, while growth may be the major driver of valuation, it is NOT the only factor.

In Part-I, I shared my preliminary analysis of PSU banks loan book. Even if the PSU banks overcome the bad assets and recapitalization woes, its future growth potential appears less than optimistic… 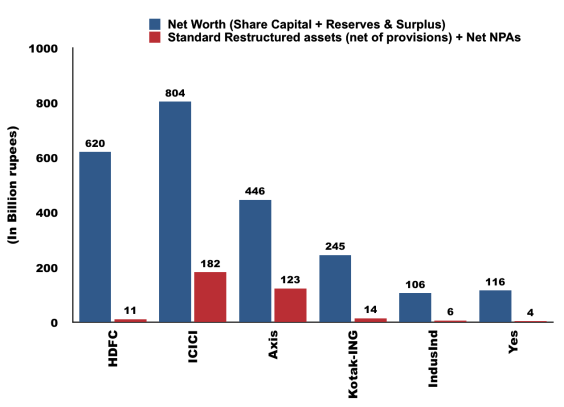 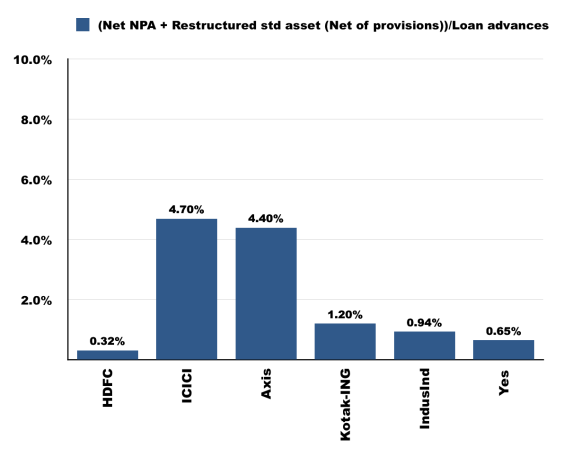 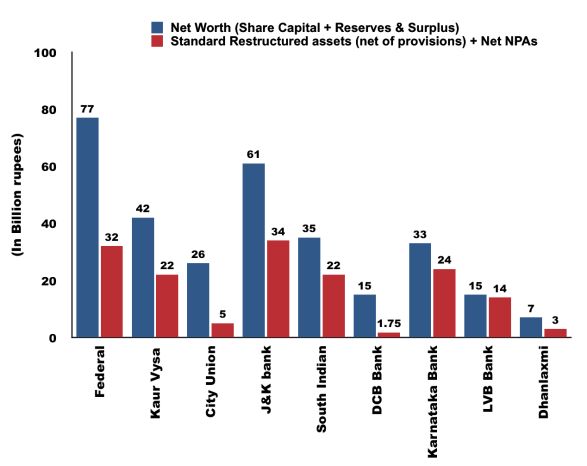 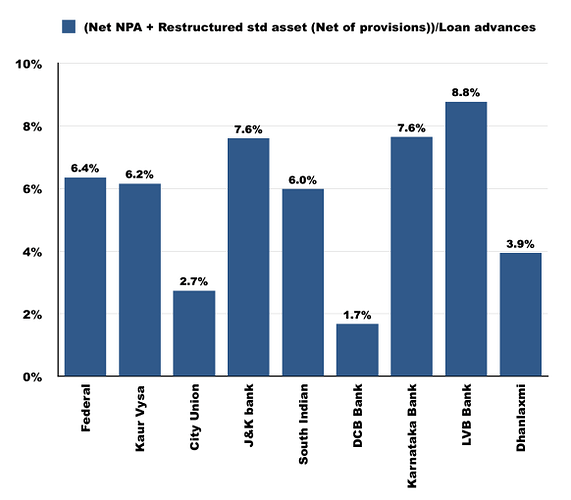 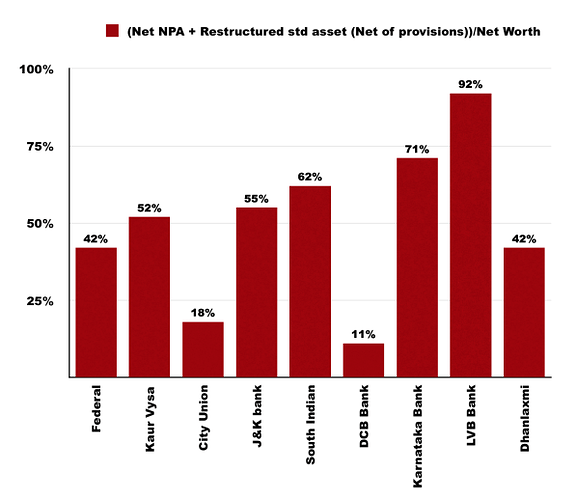 Here is a report on Kotak that refers to its strengths:

Just curious to know your opinion, if we take only into account the banking part of the business then don’t you think it is expensive because I don’t think that half of the market cap of Kotak is = Other business (apart from banking).
PE of HDFC Bank should be somewhere around 20FY16E and I think for kotak would be somewhere around 38FY16 and I took half as a parameter because 38/2 = 19 (closer to HDFC bank’s PE)
Taking out HDFC Bank’s Broking and Investment division I think HDFC bank valuations == 0.5 Kotak’s present valuation.
Also, most of the accounts for private sector companies (Bangalore ) opens either in HDFC or in ICICI bank. So the retail for HDFC Bank is much stronger.
In all above points I have assumed the margins, net NPAs and other parameters as same.

PE is tends to be high for good roe, high growth, upmarket biz, branded names, steady and safe biz , perception of quality management etc. few, combo or all of these.

Opp is true for low PE.

The P/E ratio can be seen to be effected by the following major factors :

i) Effect due to perceived growth opportunities -PVGO:

The P/E can be also depicted by the equation

ii) Effect due to high ROE :

P/E equation can also be written as :

Where b is the reinvestment rate.

The equation shows that the increasing ROE decreases the denominator and thus increases the P/E ratio. Thus firms having a higher ROE will have a higher P/E ratio. However, it is assumed that the reinvestment of earnings into the business gives higher returns than the investor required returns k.

iii) Effect due to riskier business :

P/E equation as given above can be written as :

Where g=ROE x b , the dividend growth rate. When the business of the firm is riskier as compared to another firm , the investor expected return demanded is more i.e k is higher. This reduces the denominator and thus results in lower P/E.

iv) Effect due to changes in stating earnings :

The earnings part in the P/E equation can be influenced by the way depreciation is calculated, inventory valuation is done etc. Also , how revenue is recognized can impact the earnings. These treatments effect the P/E ratio .

v) Effect due to the β of the stock :

The macro economic factors tend to impact the firms and their earnings differently. Thus the firms having higher β will show higher earnings on a positive business cycle trend as compared to a lower β value stock and a much lower earnings when the business cycle is unfavorable. Thus the P/E ratio will fluctuate much higher as the earnings part is much influenced due to higher β

Thanks for the wonderful reply but can you please tell me what is k? Also I think in case of HDFC Bank and Kotak the only difference would be perceived growth rate. On consolidated basis, I think growth rate of KMB will be slow simply because Vysya’s bank growth rate was slow. HDFC bank had a loan growth rate of 24% this quarter but because of rise in provisions their profitability was less but they were less than KMB in %age terms.
I have not seen the future but it looks like HDFC bank will beat KMB for next 2-3 years simply because personal loans are on the rise for HDFC bank(44% growth this quarter) and they have higher margins. HDFC bank is second after ICICI with number of retail customer accounts and that should help.

Lastly if I found a business to be strong fundamentally with consistent growth, I even go with companies having 1.5 (G/PE) ratio. I would love to try the formulas you provided.

then what is PVGO? Sorry for so many queries but I think we all are here to learn