Hindustan Sanitaryware & Industries (HINDSANI) is engaged in manufacturing and marketing of sanitaryware and container glass. The company, a Somany group flagship company, was set up in collaboration with Twyfords from UK in 1962. The company operates in the business segments of sanitaryware and glassware. The sanitaryware division offers products which incude sanitaryware (Italian, art, etc), bath fittings (faucets, showers, accessories, and addons), bathtubs and whirlpools (systems, multifunctions and massage tubs), bath concepts (shower enclosures, partitions, and panels), kitchen sinks (sinks and thrash masher), and kitchen appliances (hoods and hobs). Brand names include Hindware, Keramag, and Raasi. The glass division called AGI Glaspac manufactures glass containers and has a range of over 430 products in three colors.

Other salient features of the company :

1). The company is the market leader in sanitary ware under the brand name : hindware and has the market share of about 45-50 percent.

3). The other brand player in the segment CERA has currently sales of about 320 crores ( half of HSIL ).

4). Both the business of the company have been showing good volume growth and the company has been carrying out capex from time to time to cater for increased demand .

5 . The company is currently carrying out capex worth 325 crores which will complete within a time frame of next six months and would start contributing within a span of 6-8 months .

6 Cause of the capex the company for the time being is incurring depreciation costs and interests cost which has affected its bottomline and hence the fall in price from 240 to 120 levels . Last time the company carried out capex in 2009 which aided in good performance for the period of 3 years . the EPS tripled in three years then .

7). Given the experience of the promoters in the industry , the well accepted brand name of hindware the company looks mispriced in terms of value and once the capex is done with …can expect the growth to kick in and the stock re-rating .

discl: have initiated posn at price of 126

Return on equity for the company is very poor in the lower teens.

If company can translate its brand strength into profits HSIL (that is exactly what cera has done) can be a big winner from current levels.

Had it been in sanitary ware only. its ROE would have been as good as that of cera…Now we come to the container glass and packaging business. Its a little more capital intensive which pulls down the overall ROE. However all that is more than compensated in the price. Plus the fruits of capex are yet to fructify. Once that happens, a more than descent rally can easily be expected.

This looked good (other than debt which Hitesh hates for good reason) so I quickly went through the AR. Pretty glossy and well made but then a red flag:

In comparison, the 3 presidents draw between 1 to 1.5 cr . One of them is IIMA MBA and ex-CEO of cera

Does anybody know as to what are the norms for promoter’s compensation as per the the Companies act?

Is this compensation( as pointed out by N Sood ) excessive against a net profit of 110 cr?

I think compensation limit is 6% of net profits. not sure though.

Are there any chances of the glass division being demerged in next year or so? .If it happens then we shall have a multibagger

i think this should be moved to the main threads. Market leaders should get better attention!

Request you to move this thread to main section.Many peoplecan provide their valuable inputs on this potential multibagger. 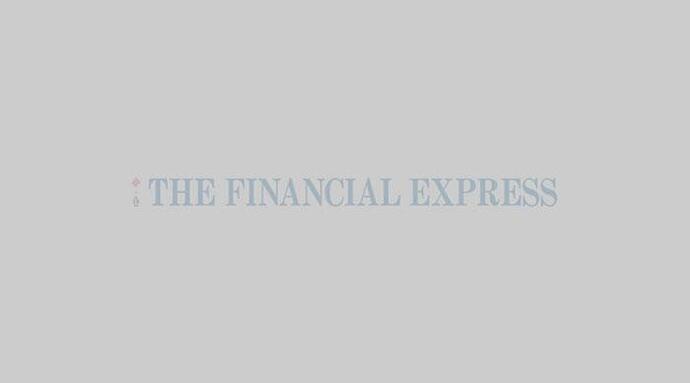 Indias leading sanitaryware company, the Rs 250-crore Hindustan Sanitaryware & Industries Ltd (HSIL) has decided not to demerge its Rs 120 crore glass division into a separate company after working for it for more than two years

the link above is old news…pls ignore

If this company were to somehow split into two businesses and give two distinct shares of each company to shareholders, then the sanitary ware division by itself would probably have more market value than the combined entity currently. But that is a far fetched dream.

Same applies to bajaj electricals again where the consumer division is going great guns whereas the other division is taking the company to the cleaners.

HSIL is a typical Kenneth l Fisher type of above average company which has good sales growth, good brand name but run by avg promoters .

Hence as Fisher explains it makes sense to buy such companies when they are quoting below .8 price to sales ratio cause with time ,and improving business enviornment …some serious money can be made in such stocks . historic psr for hsil ranges between (0.6-2.6)

Valuations are looking compelling to say the least.It will give a positive beakout soon

poor results in q3 fy 13 by hsil again. sales have grown but the company is still incurring highdepreciationand interest costs. look like this one will take its own time to recover .own time cause of avg promoter and low visibility of things changing soon. with the market mood turning soar over next few months i fear with a quarter more of poor results . it might be battered heavily and rightly so.

exited today…and thinking of investing in somany ceramics or kajaria ceramics on dips.

I agree with you that specifically kajaria or somany on dips might be a better replacement.

Why not look at HSIL’s competitor in sanitary ware, Cera? I think it has been posting good results and looks cheap to me…