Hi all, I have searched the forums for a discussion on this topic and I could not find any. So I have started this. If the moderators do find a duplicate kindly point me towards it and delete this

Peter Lynch mentions Chrysler as a Turnaround that ended up being a 32 bagger. So I wanted to discuss the possibility of HM being the same.

The similarities between Chrysler, Ford and HM are that a lot of people were dependent on it. There are still people in Calcutta who are waiting for the revival of HM hoping to get their jobs back.

But the government aid does not seem possible for HM as it happened for Ford.

Now as for the deal between HM and Peugeot the details are not clear. I know that they sold the Ambassador brand and the some other trademarks to Peugeot for 80 crores.

But the disclosure document does not say anything more. How does this benefit the shareholders? Will HM make money for any car that Peugeot sells using the ambassador designs or trademarks ?

Is there any royalty or at least a share in profits by equity basis for HM?

The document does not mention anything about this and based on reports it looks like the entire deal will be taken forward by Hindustan Motor Finance.

All I can see that HM is slowly being dissolved and that anything that has a value is being transferred to Hindustan Finance.

This includes the Chennai Plan which is the only HM plant not caught up in labor disputes. 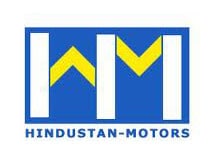 Hindustan Motors Ltd today informed BSE that the company handed over the possession of the Chennai Car Plant in Tamil Nadu to Hindustan Motor Finance Corporation Limited. The demerger comes at a time the company said is planning to raise around Rs

Then HM USA got dissolved:
http://www.hindmotor.com/files/ANNOUNCEMENT-VIII.pdf

Hindustan Motors Finance Corporation seems to be a fully owned subsidiary, but I am not sure if this has changed after the Peugeot deal.

Any thoughts on this would be welcome. Thanks a lot for letting me post.

Hindustan Motors Finance Corporation is no longer a subsidiary of HM…