In the AGM, he was playing the second lead. 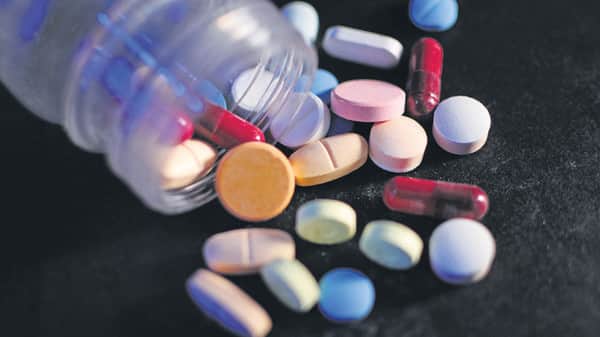 Granules India recalls over 2.3 crore ranitidine tablets from US market

Drug firm Granules India is recalling over 2.3 crore ranitidine tablets, used to treat ulcers of the stomach and intestines, from the US market.The voluntary ongoing recall is a class II recall

Good to see promoters coming up quickly with clarification on news items which are misleading as always. The clarification reads following

Ranitidine is being recalled by various producers from the US market as they contain
unacceptable levels of N — nitrosodimethylamine (NDMA). Granules India Limited is
recalling this product voluntarily. The voluntary ongoing recall is a class II recall.
The quantities being referred in various news websites at this point of time is the last one year sale from Granules India Limited to Granules USA, Subsidiary of the Company. The
Company is in the process of recall from the channel partners and the exact quantities are being estimated. The Company believes that this will not have any material impact on its
financials.

If I recall, it was mentioned by Granules earlier that they have no NDMA in their Ranitidine. Wonder how this has no impact? Likely this was just an intra-company matter, and they will now sell this stock elsewhere and so recover the money. Stock remains happy.

Is it right to sell defective drugs in alternative markets with lower compliance standards?

I wouldn’t support such a move in the name of retaining profitability. Better to recognize losses and move on.

Yes, and it looks really nice 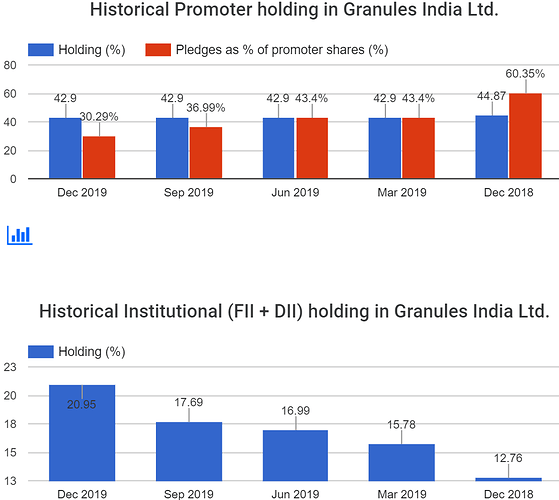 Granules has got more than 200 cr from divesting stakes in the subsidiaries and they are not going to reduce debt. They are bound to something and here they go…

If you are rational capital allocator, why would anyone wants to buyback shares when the stock price is touching all time? On top of that, they have to pay new buyback tax imposed by the FM in last budget.

I won’t be surprised if the promoters set a high buyback price and then offload some of the shares to book profit, and reduce their pledge.

The 20 per cent tax on share buybacks, introduced in the Union Budget for 2019-20, has altered the way companies reward their shareholders. Companies have repurchased shares worth Rs.16650 Cr on so far in 2019-20, a 56.2 per cent fall as compared to the same period of 2018-19. The bulk of the buybacks done in 2019-20 were announced before the Union Budget in July 2019 when Finance Minister Nirmala Sitharaman had introduced the buyback tax with the intention of removing the tax arbitrage between dividends and buybacks. Buybacks worth less than Rs. 2000 Cr have taken place during the second half of 2019-20. Tax experts blame the change in tax dynamics for the sharp drop in buybacks. Companies are expecting the rollback of the buyback tax in the Union Budget for 2020-21.

Considering above report, this activity by Granules management is surprising. As the tax outgo remains similar even a one time dividend could have benefited shareholders. Although my view is that the accumulated money by JV exit could have been used in a better manner.

Just to add that it’s good that the announcement came at this time…in the concall this can be queried.

Dividend or buyback now are equally good/bad, tax-wise. I would prefer buyback since pool of shares is reduced and everyone benefits including future buyers. Though process is more cumbersome, it gives option to not participate, democratic.

But here they should payback their loans instead with the 200 Cr. Should reject buyback after voting, hopefully.

I hope that they take all shareholders on board and exhibit good corporate behavior in dealing with this. If the prime motive is to reduce pledge by cashing in on a high buyback price, the stock’s post buyback price move may get impacted.

Q3 result and analyst / investor call is scheduled on same day, which confirms that results will be declared during market hours. As per management guidelines, the results should be good to ignite more fireworks.

During the last concall no questions were taken from any retail investor. Hope this time at least they do it subject to availability of time.

Granules most of the debt is in foreign currency and has very low interest rate. Management has clarified this many times that it doesn’t make sense to pay off this debt instead if they do deposit, it will fetch higher returns. Since Granules is done with majority of it’s capex, the only few options were divided, buyback or fd. With the kind of growth company has shown, the stock is still undervalued. Still 30% shares are pledged. With this buyback and good growth in coming quarters, management might be thinking that market will take stock price higher and then they should be able to release few more pledged shares. I don’t think this is a bad move.

Is Granules in the business of drug manufacturing or earnings interest income on bank deposits? If it was so simple, why other Companies are not practicing this simple trick?

I read here that the company itself admits to not disclosing interest costs but putting them under head of capital expenditure. There is some commitment from them to reduce this in order to stop doing this fully by FY21.

Doing simple arithmetic then indeed it looks to be 2-3 % interest rate but that is almost equal to Libor. Do not think they are the Bank of America to borrow at par with Libor or lower. Their rate is Libor linked but premium to that. I suppose it will work out easily to almost double or more of Libor. It should reasonably be 7% around. Or else they should be invited to teach other Indian companies facing borrowing crisis.