Since FII fund flows largely drives Indian markets, it will be useful to track the situation globally

In short, the global situation is very serious and we may easily be in for a change in world order. (Reserve currency, petrodollar to petrogold etc )

I have few questions on your statements. All questions are in right spirit trying to understand your viewpoint and dig deep into the situation -

I am referring to Govt. debt (federal debt). Total debt (private+public) is over 350%. The net result of money printing(bond buying) since 2009 has been increasing Govt. Debt to GDP ratio with marginal GDP growth while the dow had moved from 6000 to 18000.

Slowly people will see effects of threat of interest rate hike , QE tapering and withdrawal on the real economy . the economy which was growing at 2% with help of QEs + zero interest rate may go into recession. The illusion of growth is getting exposed.

The unwinding of China's foreign exchange reserves could soon extend beyond U.S. Treasuries, with U.S. corporate and euro zone sovereign bonds among the assets most vulnerable to selling from Beijing, Bank of America Merrill Lynch said on Monday.

Many experts believe China’s actual gold reserves are many times the declared amounts. And it won’t surprise them if China has more gold than the US (8000Mt).

Pls be sure that the fight in middle East is abt oil and the petrodollar. Not abt Assad or anything else. 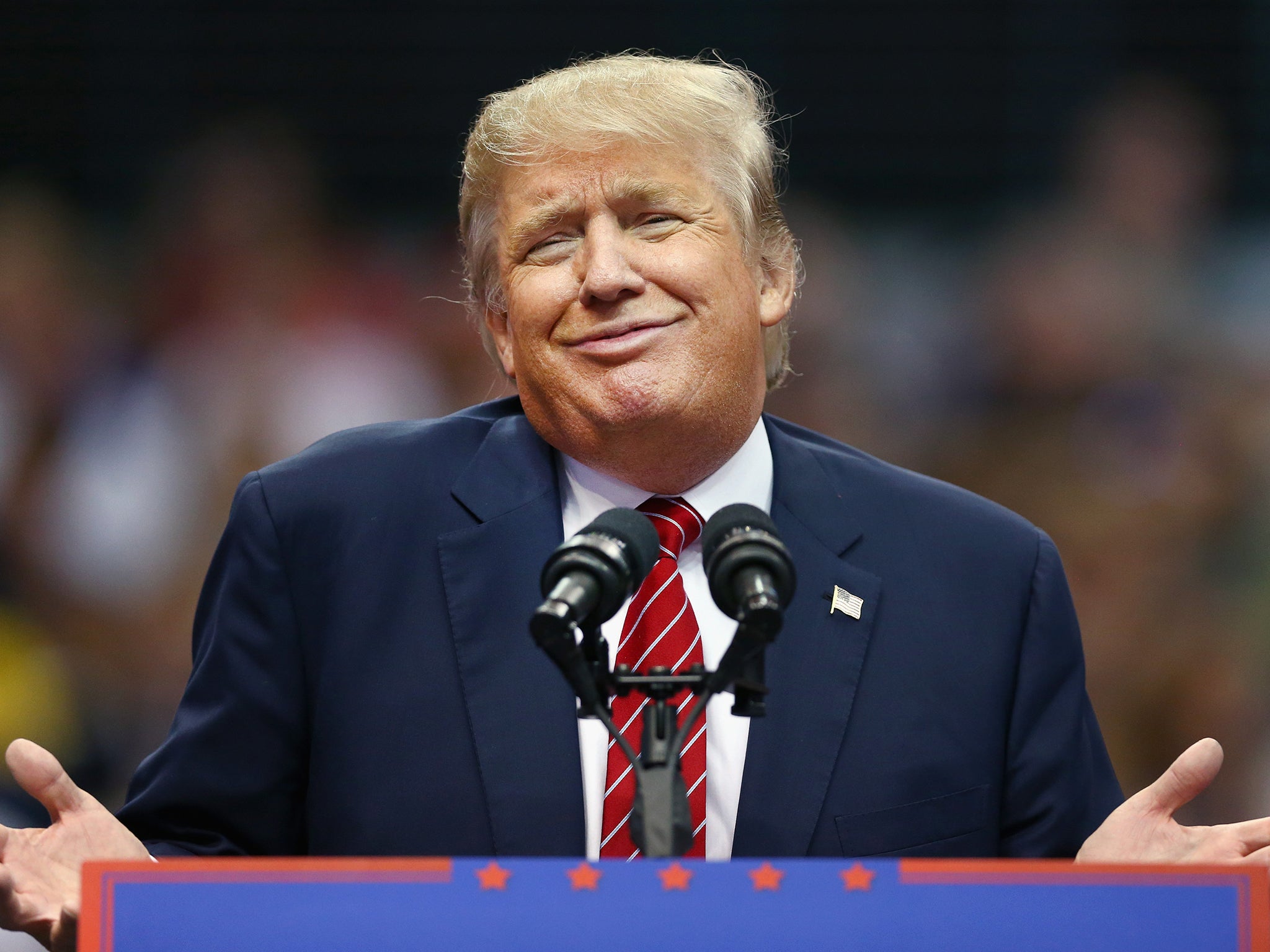 A Saudi prince and billionaire has added his condemnation to the international outcry against Donald Trump's call for a ban on Muslims entering the US, saying the businessman was "a disgrace" to America and should withdraw from the presidential race....

I strongly urge everyone to watch Mike Maloney’s videos on YouTube . following is a good one -

While gold may or may not be the future , he makes very very credible case for the collapse of dollar which is a fiat currency.

I am sure you are reading lot of zero hedge…

I am referring to Govt. debt (federal debt). Total debt (private+public) is over 350%. The net result of money printing(bond buying) since 2009 has been increasing Govt. Debt to GDP ratio with marginal GDP growth while the dow had moved from 6000 to 18000.

it won’t surprise them if China has more gold than the US (8000Mt).

China definitely has more Gold than the US. US, I think possesses very less gold at Fort Knox. This was evident when the Germans, who had loaned US the Gold wanted to just check their deposits and the US Govt. wont let them anywhere near the deposit. So, they demanded all of their Gold back, to which, the U.S. Govt. responded by saying that it would be returned to you over a period of time. I, mean, if they have Gold in their vaults, why the hesitation?
See it here:

While Maloney’s, Peter Schiff’s, Bill Holter’s and other “doomsayers” videos are quite informative, pls be mindful of the fact that they all are gold dealers, who earn by selling gold. And Gold sales are directly proportional to the level of fear in the system. That’s exactly why Gold moves are nearly always inversely proportional to the equity markets.
Proposing a case that the Equity markets will crash and burn and shutdown due to an economic cataclysmic event or WW3, greatly helps their sales.
Even the worst case scenario, like a WW3 or a Dollar Collapse or a US bond default or the rise of a NWO can not negate the fact that people still need products and services and the companies which profit producing them, are traded on the stock market and will always hold value.

Till 1971, currencies used to be backed by gold? Do you mean all currencies of the World?

Yes dear, all currencies were then and still are backed by/ pegged to the USD. Till 1971, before the Vietnam war, the USD had to be backed by Gold in the US Govt. vault according to US law. This was undone by president Nixon in 1971, resulting in a full autonomous grant of power to the US fed to print money as and when they like.
Today, I’m afraid, fiat currency is prevalent in ALL countries of the world, bar none. No currency in circulation today is backed by Gold. Gold, which used to a monetary metal for 1000s of years has been reduced to a commodity.

Have China, Russia & Iran formed any alliance to end petrodollar?

Yes. Look at the current events unfolding in and around Syria. The coalitions, as I see them are:

BRICS have entered into forming a bank on the lines of the IMF. Now, the question arises, why do you want another bank, if you have the (US controlled) IMF?
See it here:

How did you conclude that without QE4 & interest rates not being near Zero, it is impossible to sustain present level in the market?

Look at how much recovery did the govt. buy by doing QE1, QE2 and QE3? You’d find it to be a diminishing number.

All currencies were never pegged to USD. For example - former USSR was not part of Bretton Woods system. Do you think today our INR is pegged to USD?

The Bretton Woods system of monetary management established the rules for commercial and financial relations among the United States, Canada, Western Europe, Australia and Japan in the mid-20th century

Historically in addition to gold several other commodities have been used as currency you can read Wiki here.

Also The Ascent of money is a good read. 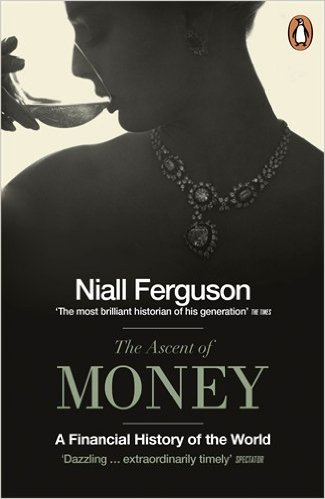 The coalitions, as I see them are: 1. US, Israel, Saudi Arabia, NATOV/S2. Russia, Iran, Syria, China

Why do you see the coalitions the way you see them? Is it based on belief or facts?

Look at how much recovery did the govt. buy by doing QE1, QE2 and QE3? You’d find it to be a diminishing number.

I could not understand what do you want me do here? If you explain a little, I will try to work on that.

The FED has printed $3.5 trillion. So FED holds a lot of it, individuals and foreign countries hold a lot of it as well.

(When China sold some of the bonds during last year, interestingly, an unaccounted for entity called the ‘exchange rate stabilisation fund’ bought those bonds. Basically it’s all a massive fraud)

All currencies were never pegged to USD. For example - former USSR was not part of Bretton Woods system. Do you think today our INR is pegged to USD?

I just googled what pegged means!! I was wrong to use the word since it means that the exchange rate is fixed. What I meant to say is the heavy dependance of the world’s major currencies on the USD. Being the World Reserve Currency, all exchanges, (even between currencies themselves!!) take place in USD.

Sure, other commodities have been used as money, but none as long and as widespread as gold/silver/copper. Gold is quintessentially the most important monetary metal IMHO.

Its my belief based on my limited knowledge of world events.
China, while may not playing an active part at the moment can be safely assumed to side with Russia instead of US in case the situation heats up further.
Same is the case with Israel-US.
Yeah, Saudi overproduction is one of the causes of a lower oil price, as you mentioned, But the strengthening of the USD has also played a vital role IMHO.

I could not understand what do you want me do here? If you explain a little, I will try to work on that.

I meant that, by QE, in layman terms, the govt. is pumping money in the markets to make the markets rise. In other words, it can also be said, that the govt is “buying” the recovery by supplying money to the markets. My point is, that the ratio of QE to the index gain has been falling. Which means, that the market needs more than cheap money (printed out of thin air with no backing) to sustain and to grow.
Pls refer below for starters:

Quantitative Easing Is Ending. Here’s What It Did, in Charts.

The program has slowly helped the economy recover, but it has had many side effects, including making lots of people on Wall Street wealthy.

Making the statement that the central bank prints money to help the “markets rise” is an unbelievably naive view of economics. The central bank is in the business of supporting the economy, not the equity markets. The availability of cheap finance, of course, has a booster effect on the equity markets, but to assert that the objective of quantitative easing is to make the “markets rise” is frankly laughable.

That is the consequence, not the intention. QEs hardly brought growth in US economy and on the contrary, the public debt has risen to levels that the US will have credibility problem and w/o QE4 and then QE5 and so on( and more debt), u r staring at recession.

Glad I could be of use.

QE was done by Federal Reserve System popularly called FED. Fed was created by act of US Congress and Fed does not report to US executive i.e White House. Fed has two tasks mandated by US Congress

So Fed was never after GDP growth. It is not the task of Fed to ensure that US GDP growth at certain stated number.

The total US debt is 64 Trillion$ and expected to sprint to 80 Trillion$ by 2020. With a high probability of a Republican Prez, one can think of how this problem could actually alleviate:stuck_out_tongue_closed_eyes:

Over the last decade, the growth for all major developed nations (including China) seems to have come from credit growth. Now you see the consequences. With problems in Russia, Middle East … analysts consider India as the only oasis in the whole desert. But we are bound to be affected by the global turmoil and the only way to reduce the risk is continue investing in high quality business in a SIP mode.

The best explanation of the reason behind the global situation, and why deleveraging is inevitable, I ever came across was by Ray Dalio, arguably the best hedge fund manager:

If I were in China’s situation, I would certainly want to put my hard earned 3 trillion dollars to some use before calling US’ bluff. No wonder Hong Kong is importing gold in record quantities

For the most current issues, one can read the book Connectivity Wars, which also includes a chapter by Jim Rickards.