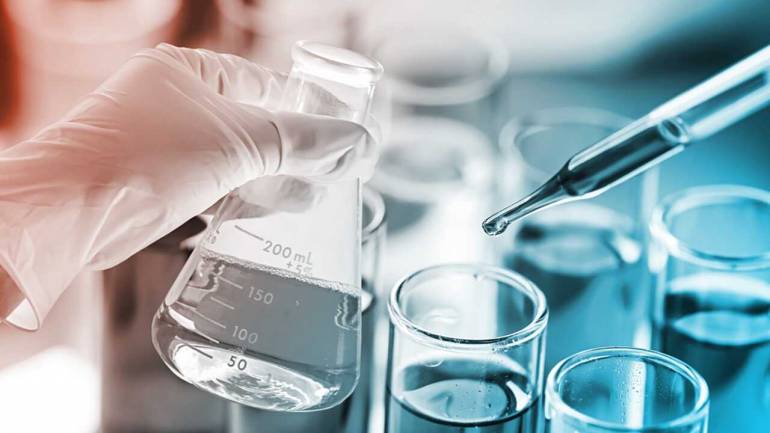 Ganesh Benzoplast is up 15 percent this week in a weak market. In an interview with CNBC-TV18, Rishi Pilani, CMD of Ganesh Benzoplast spoke about the latest happenings in his company and sector.


Extracts are interview:
Liquid Storage business is a stable business
FY18 9M EBITA of Rs.34 Crores
Expected EBITA of liquid storage business FY18 and FY19 is around 45 crores
Liquid storge capacity is under utilized.Hence, There is a scope for further EBITA improvement.

Yearly interest cost is around 8 Crores. debt has refinanced in Mar’17. Outstanding debt is around 50-60 crores.

Any1 has any update on the demerger…The CMD said that by 31st March, they will get the approval from shareholders, but no news on that untill now.

I attended the AGM, here are my notes

The Co.’s financials seem to be getting better ever since it came under the BIFR sanctioned scheme in 2015 with both Sales & Profits improving with each passing year.

Going by the recent announcements on the exchanges, the pledges shares have also come down by 25,00,000 shares.

The logistics business is high margin & the Co. operates from three Ports. It has gradually been increasing its storage capacities & with a vastly improved balance sheet, it looks ready to becoming a bigger player in the business.

From here on it will not be possible for Ganesh Benzoplast to grow in terms of profit. They are operating at full capacity in Liquid Storage and could not do much to make chemical business more profitable. At some time in past i heard or read somewhere about selling their chemical manufacturing business, it seems they could not find buyer. The next phase of growth would only come for LNG terminal business and that will take a long time to become operational. No new development has been communicated by company so far.

I had attended the AGM of the Co. sometime back and came back with a feeling that the Co. was poised to grow rapidly from its current level of operations. The Co. has a somewhat chequered history & its young Chairman Rishi Pilani, who has been navigating the Co. through some pretty rough weather in the past, seems determined to change all that! I found him to be both upright and forthcoming. He was quite open to interacting with the shareholders & addressing their queries.

The Co. has two divisions. The logistics division is a high margin business wherein the Co. has storage facilities on various Indian ports to handle liquid cargo like Petro products, chemicals, edible oils etc. It’s current capacity is about 3,00,000 KL in Nhava Sheva, Cochin & Goa. The Nhava Shiva facility in Navi Mumbai (JNPT) which holds about 90% capacity is where all the action is. The port traffic here is heavy leading to high demand for storage facilities. The Chairman said that the Co. was actively considering expanding capacity & would share info as & when it had something concrete to report. He however mentioned that the Co. was in any case looking to further increase existing capacity by increasing the height of the tanks where ever possible.

A word about the business. The demand is so strong that the lessees / tenants themselves are willing to fund capacity increase, repayable against the future rentals! The last phase of expansion at JNPT was so funded. Being a high margin business, the tanks pay for themselves in about 4-5 years. Thereafter, it becomes an annuity business to perpetuity!

The other business is chemicals. This business requires large working capital. I guess having burnt their fingers in the past, the mgt. is perhaps cautious about increasing debt. The Co. is in the process of de-merging the two businesses as there are no synergies between them. The Chairman was hopeful of de-merger by the end of the financial year & was also considering a slump sale if it took longer. My own take is that post the de-merger, the Co. would induct a strategic investor (Why else would it go through the whole de-merger process?)

Going through the filings on the BSE, it appears that the Co. has re-fianaced its earlier loans recently. Such are the cash flows of the business that about half of its current bank loans of about 48 crs, will be repaid by September 2020

Any update on 76.8% of promoters’ holding pledged?

The pledged Promoter holding is down from 76.8% to 65.45% as of December 2019. Further some more shares have been released from pledge thereafter. With the company’s debt expected to reduce from 48 crs to about half of that by September 2020, the Promoter pledging is also expected to come down drastically by then.

The mgt. has clarified in one of the filings to the exchanges that the shares pledged by the Promoters have been for the business loans taken by the Co. & not for any personal borrowing.

Two years back management was planning separation of LST business with chemical business.Any idea why management stepped back on this.

Companies like Ganesh Benzoplast are likely to be less impacted by the current lock down than regular manufacturing ones as its business model is more annuity type. Their tank farms are leased out & the Co. manages the cargo for the lessees. The lease rentals are insignificant for the lessees when compared to the value of the goods stored in the tanks, so the lease rent even during slowdowns shouldn’t hurt so much. We will however have to wait for the Q4 results to verify this.

The chemical plants have however closed down due to the lock down, just when their fortunes were looking to change for the better, but as the chemical division was hardly contributing to the bottom line, it should not impact the numbers meaningfully.

I agree, Just when we thought the chemical division was getting tilted towards positive growth, Covid has temporarily delayed the growth process.
negative operating working capital, strong inventory turnover (compared to fy17), Improving ROCE and reducing debt levels make it an exciting company to hold on to.
Disc: Invested

The stock is seeing hectic accumulation in the last few days. As mentioned earlier, the Covid-19 is unlikely to have any negative impact on the financials. On the contrary, it is quite likely to bolster the numbers as port storage capacity is limited & logically the storage demand is more than likely to go up during such times.

With the Co. continuing to pare debt, the already high return ratios are going to get more interesting going forward.

But sir what is the status of Goa gas terminal? If we go by local Goan media it has created some Naphtha storage controversy and locals were protesting even it got some political angle in it.
No update or info on capacity addition in LST business and no update on demerger strategy.
If any info or link please share.

For the moment I suggest ignore Goa as it is hardly contributing to the bottom line. Lets further assume that the de-merger also doesn’t come about anytime soon. The Company is generating cash profits of about 50 crores annually at its current level of operations & if the mgt. so desires, it can easily become debt free in the next 12-18 months. The nature of the business is such that the earnings visibility is not an issue. Going by the high return ratios, the high operating margins in the business the valuations look misplaced. This is the core of the investment thesis.

Sir I agree with you but how to get the revenue guidance for next few Quarters? As per my readings from AR and some earli reports JNPT is running at almost full capacity and Kochi port does not have that volume and earnings. I m very much convinced with its low valuation and good cash but future lookout is not looking promising. Management is also not distributing cash. At one point and I think it is near revenue will be stagnant or low growth. Increase in rental income per year is also not guided by Mnagement. As u said they may increase hight of tanks but I couldn’t find any reference to ur findings. Could u please share that info here. Can we assume that the huge change in fixed asset from Fy18 to Fy19 has some hints. Fy 18 fixed asset purchased 19 Crore Fy 19 fixed asset purchased 28 crore ( source screener.in).

As per the Limited Review September 2019 results , company has not repaid borrowings instead they have taken fresh borrowings during the half year ended Setpember 2019 as reflected in statement of Cash flow.

Attached ROC charge report, which clarifies that Ganesh Benzoplast has created a charge on amount of Rs.53 cr from Union Bank of Indian on 28th June 2019 .

Borrowings of Rs.30 cr (53-23) should be used for further expansion .Eager to watch coming quarterly results which should clarify the usage of funds.

1.Avron Chemical has been settled at Rs.28.50 million and impact of the same has been taken in December 2019.

Contingent Liability was the major reason why the Demerger was not getting kicked off.Complaint letter-from-BSE_4.7.2019.pdf (122.1 KB)

The other factor affecting valuations have been the issue of pledged shares. This too should be resolved in the coming months. We already know that Covid-19 has had a very positive impact on the Co.'s numbers & there is a strong buzz that the Co. has already prepaid the term loan of Rs. 20 crs that was due to be paid by September end 2020, leaving only the other term loan of Rs. 28 crs due. This too stands reduced to about Rs. 20 Crs given the regular installment payments. At this rate the Co. should soon become debt free in the next 12 months or so should it decide to. That will take care of the issue of share pledging.

The stock is available at an earnings multiple of about 6 times trailing EPS. Given the predictability of earnings, the high operating margins & the still higher return rations, given the loan repayment, we could see a growth in both the EPS as well as the earnings multiple going forward.