Cigniti (CMP: 444, MCAP: 1133 Crore) is a Hyderabad based company founded in 1998 as Chakkilam Infotech & for about a decade the company was a me too company in crowded IT services market & didn’t went anywhere. The company changed its focus & strategy and repositioned to itself as an independent software testing Services Company around 2008. This repositioning was triggered by Promoter’s son returning from US after masters in computer science from US as they felt future lay in picking niche areas for growth.
It acquired Cigniti Inc (US based software testing and Services Company) in 2011 and rebranded itself as Cigniti Technologies. In 2013 it acquired Gallop Solutions Inc, a US based specialized software testing services company. Both these acquisitions gave it critical mass and strong foothold in US which is the biggest market globally.
Company vision is to become world’s largest and most respected independent software testing Services Company.
Software Testing Industry Overview
Around 20 to 30% of overall software effort is spent on testing and testing accounts for 20% to 25% of the total IT spend. The software testing services can be broadly categorized into two categories:
• Traditional Testing Services (TTS): The organization which develops software performs software testing. The person doing testing (business analyst or developer) are part of development organization and not full time tester.
• Specialized Testing services / Independent Testing services (STS): independent and specialist testers provide testing service
The industry trend is of shift in spending from TTS to STS because TTS is perceived to have conflict of interest (with SI doing both development and testing) whereas STS brings unbiased view, STS brings a difference in perspective & approach and need of specialized skill set for testing etc compared to TTS.
Globally, the market for Specialized Testing Services (STS) was valued at ~USD 15.7 billion in 2014 and represents 39% of totals testing spend while remaining 61% of spending is towards TTS. Nelson Hall has projected the STS spending to grow at a CAGR of 13% over 2014 to 2018While TTS is expected to degrow at -3% CAGR over same period and split of TTS and STS in the overall testing pie is expected to change to 52-48 by 2018.
As per NASSCOM outsourced software testing to India is expected to continue to grow at CAGR of 24% till 2020. Cigniti Technologies' revenue in 2014/15 stood at $63 million. The odds are in its founder CV Subramanyam's favour. The company has expanded at a rapid pace over the past few years. 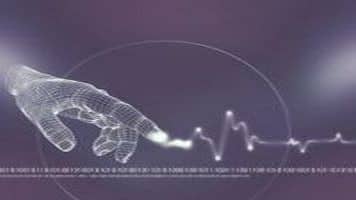 The company is aiming for profit margins of around 15 percent over the next few years.


• Nelson Hall analyst visit note
http://research.nelson-hall.com/blogs/?avpage-views=blog&type=post&post_id=359
• Blog from Sai Chintala (he is SVP with Cigniti heading pre sales), some of his posts provide good peek and insights into happenings at Cigniti

Some of my concern on the side of financials:
1.) Cash Flow position on Operating Activity is negative indicating cash burn by the company to expand business.
2.) Operating Profit and Net Profit Margin is too low compared to other software businesses.
3.) The company is generating more cash inflow from financing activities and Investing Activities are also too low.

• Testing as services is less impacted by changes in technology trends:

Being from IT Industry and having closely monitored Testing services, I would disagree with this statement. Testing is going to be disrupted in next 5 years especially as companies move to Agile mode of development. The new tester has to be pseudo developer / BA rolled into one.

Also dependence on independent testing firms like Cigniti is going to reduce as Testing will no longer would be an independent thing, it will be integrated into development.

Software testing services is a non niche, highly competitive industry so is likely to be valued like one

Yes you are correct.

Automation is also going to play a huge part

and if there are constant changes in the product, special testing team is going to be time consuming process

agree with you on the points. The company has been in investment mode where they have sacrificed margins for growth and expansion as they have expanded from geographies other than US to Europe, APAC etc and also have expanded offshore facilities. Promoters have brought additional capital thru preferential issue in both FY14 and FY15 to finance these investments instead of the excessive Debt route.
The margins have improved in FY16 and have been consistent at quarterly level in FY16 so far. Management has said they will be able to improve and take operating margins to 20% over time once they cross 100 M threshold. Important point is how will margins pan out going forward and what will be the impact of improving margins on bottom-line.

Also dependence on independent testing firms like Cigniti is going to reduce as Testing will no longer would be an independent thing, it will be integrated into development.

Have a different view on the above. Traditionally the testing has been done the way you suggested where testing is done by the business analyst (who has done the design & given specification) and by the Developer who has done the development. But what I have seen is more and more companies are moving towards bringing independent testers for testing as traditional testing done by analyst / developer is perceived to have conflict of interest where same person/organization is doing both the development and testing. while independent testing brings unbiased view. That is the reason the top Indian SI’s have been able to scale up their Independent testing practices to a size of 1BUSD+ over last few years with high growth rates .
Also the shift in trend towards independent testing is evident from the commentary coming from various analyst and advisory firms.

I feel one issue is being missed in this excellent discussion. Most of the organisations go in for what is called UAT - User Acceptance Testing. That is, the customer itself tests the software using its in-house team. This is usually the IT team who coordinates with the vendor for deploying the software. This is from my limited experience in the various projects that I have been involved in my work place - I have myself been a part of the UAT teams when the software was to be used for our departments.

My gut feel is that independent testing would be for niche and complex software, which could be a limited market. Please correct me if I am wrong.

Recent interview of Cignti’s CFO talking about 50% CAGR for next couple of years and operating margins expanding to 20%. Link below: 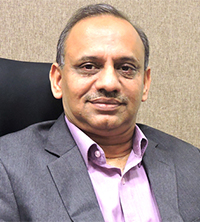 “We have been growing over the last four years at an average rate of 58%. We anticipate organically to grow at about 50 % yoy over the next two years.”

in a quarter company, went in to a negative worth company…

Rajesh singhvir has really given an exhaustive review of cigniti & testing market. In fact the contours of testing are changing with testing, Quality assurance, managed services solutions & management consultancy. The testing market is bound to grow manifold in coming years. Every software development & its updates need meticulous testing especially in view of security breaks. Now testing is carried out during software development as bundled testing or testing after software development or a combination of both. Also time lines can be compressed in Agile & Devops mode. Digitalization & data analytics, cloud computing & IOT, security surveillance has added new dimensions. Rajesh has given good reviews on cigniti & it has played out well except for impairment losses which took toll on this scrip. I have really enjoyed reading Rajesh review, but personally I have kept away from cigniti & have substantial investment for the long haul in Sqs Bfsi,which runs on asset light model, paying out good dividends. MNC status differentiate Sqs Bfsi from cigniti, as also the exclusive focus on Bfsi segment. Sqs parent has been delisted & taken over by ASsystem technologies SA France & Ardian France, who are seeking diversification into Bfsi segment. The delisted Sqs parent has 50 % revenue from non Bfsi sector like retail, pharma, automotive, aerospace etc while other 50 % comes from Bfsi of which 20 % is outsourced to Sqs Bfsi. Globally Sqs parent & Sqs India Bfsi works as a single unit under Sqs umbrella. Even in the most severe stressful period, of brexit, UK pound depreciation loss due to brexit, clients freezing & ramping down of projects, awaiting clarity on brexit rules, Sqs Bfsi posted EPS of ₹24, during the most stressful period, while doling out ₹ 24 dividend & paying DDT of 20.36 % from its reserves. Sqs Bfsi derives major revenues from Europe, UK, APAC, while revenue from USA is less than 10 %. Under new promoters, ASsystem, clear plan is envisaged to mine substantial revenue from USA in coming years, as US is world’s largest testing market with a share of 50 % in global markets. For discerning investors with patience & risk appetite, Sqs Bfsi can be a a potential 5 bagger from current levels.

Cigniti has come out of ASM & is languishing at ₹360 levels. Hefty impairment loss Last year, was cruel, since shareholders have been denied dividends, since inception, citing cash requirement for growth. Currently Quarter EPS is around ₹18 & may post EPS of ₹60, for the full year. Management hinted at paying dividends in future, at concall, after wiping out impairment losses & becoming Zero debt. If all goes well, cigniti may post EPS of ₹100, in the coming 2 years. Management says that the software testing market is projected to grow to 550 billion USD dollars in coming 5 years & cigniti is confident of doing well in its 5 verticals of travel & transportation, Bfsi, retail & e commerce & bundled testing for IT SI firms.

Hey, Is anyone still following Cigniti? Would love to get some updates and let me share what i have tracked so far -

-Management seem pretty confident and optimistic, since after covid the world is shifting a lot to Digital and hence a lot of software related growth are yet to come and with it comes the “testing” part of those software.(AR’20)
-Management has achieved its goal of becoming a Zero Net Debt company (AR’20)
-Further, all Previous Losses have been wiped out and the tax rate is now back to normal.(Q1FY21 Investor Presentation)
-Under the Revenue Section, Top 3 revenue Sectors are Travel (21%), Retail (19%) and Financial & Banking (19%). The management hinted to emphasize more on the Banking and Financial Industry but that personally i think that the concentration is pretty even so once everything is back to normal, i dont think this factor will affect revenue a lot.(Q1FY21 Investor Presentation)

I guess the next 2-3 quarters will determine where the company stands and how it will fare in the global as well as Indian space.

I want to check with anyone following this company as to reasons why it wrote off assets in 2017 that resulted in negative networth for that year ?

core promoters’ holding is too low at 24%. 12.42% held by Sapna Pennem (wife of ex-promoter) is still in the promoters but she wants to exit at some point - may be waiting for better valuation.