Bull therapy 101-thread for technical analysis with the fundamentals

At support with exhausted rsi and healthy ADX 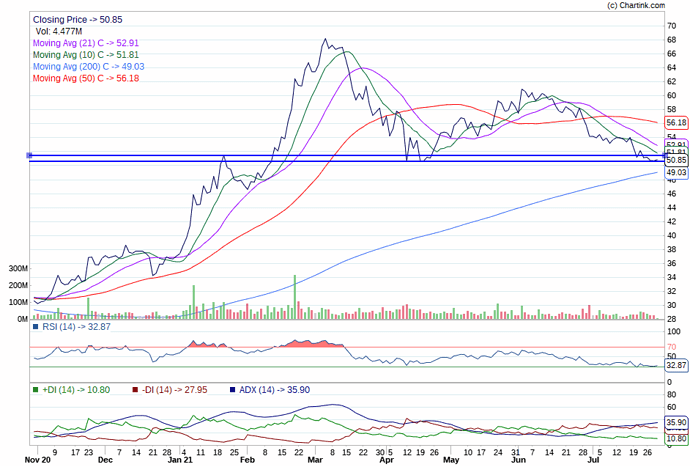 They look self explanatory. Which chart looks unwanted to you sir please give example.

All. You need to put up technical analysis. You need to explain as there are many novice investors who may not be able to understand merely looking at chart. 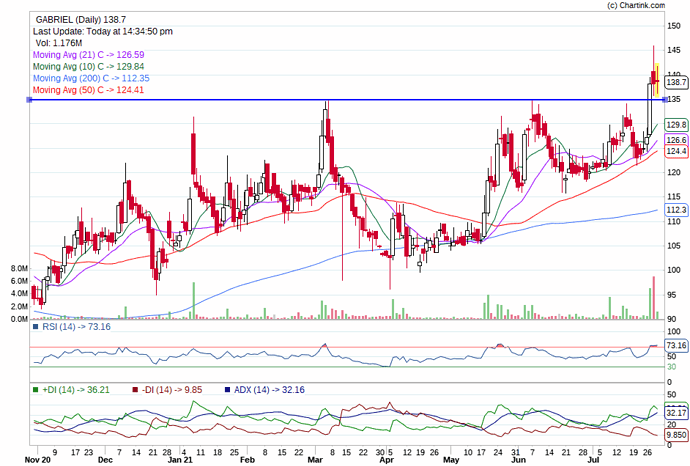 Not very sure, whether we are serving the purpose of the thread. Technical analysis with fundamentals. A chart has no meaning per se and is subject to interpretation. Are the fundamental of safari business backing the chart ?

Same with paper board shortages, check the time they were first highlighted and the subsequent rallly of stocks

Recent Steel and yarn are other examples

No fundamental analysis will get you that, it’s available to institutional buyers and the only way to get it is to observe technicals

Hey @edwardlobo - This is very true but I have one reservation on this. I have noticed that the hit rate is relatively low when following just technicals because the market is rampant with manipulation - we end up with a variety of fakeouts both on the upside and downside. To improve odds of juding the direction of move correctly, I believe having a fundamental backing helps - this helps sit through as well in sideways movements when there is favorable upside valuation available. Having a variant perception (what’s changing or what’s about to change in the business) along with the technical setup helps buy even prior to the breakout - something pure TAs would advice against.

We are all trying to improve our odds of success here and that’s the bottomline - when we have better odds, it can let us bet higher - For eg. instead of a 3% or 5% technical position, you can bet a 20% technofunda position or even higher when everything aligns eg. Neuland, Polymed, Thyrocare, Tata Motors, HIL, KNR, Deepak Fert, Thirumalai, Fluorochem etc. (all posted in this thread at some point) had great technical setups backed by phenomenal fundamentals and valuation backing - the funda component helps improve conviction and hence the allocation. There are some where technically it looks good but fundamentals are still a bit dicey - like Bajaj Hindustan or Vodafone Idea for eg. - you tailor allocations accordingly there. This way you are a fundamental, technical and value investor - all at once.

For all you know I might be doing this wrong and there may be a better way, but this has worked for me and helped me stay put with the trend or reduce/sell out when odds of making incremental returns deteriorate (knowing what’s in the price). Also it is easier to fish with any technique when there’s a lot of fish (as in the last year or so) so this is no reason to believe techno-funda is the only way to fish but I believe its the equivalent of angling with a rod, hook, line, sinker and bait - works under most circumstances.

Most the the companies you mentioned had very very strong fundamentals written on the annual report itself if someone were to read all annual reports, which I do as they are published. Not back to back but atleast the management analysis and directors reports

When the cycle turns the technicals are usually always the first to catch it. Although fundamentals might be extremely strong the technicals will fail on support points when the market turns from bull to bearish

In reality any performance is good only if it’s better than the broader market performance otherwise all the study is of zero use. One can simply invest in an index fund. It that is true and you look at something like amibroker and chart relative strength (not rsi), almost all companies that have performed well have zero fundamentals. Look at rajapalayam for instance. It’s outperformed but has zero fundamentals, all it’s fundamentals are based around the sector expecting to do well

BPCL has formed an ascending triangle pattern. Interestingly, the stock is at the support trendline and it had held the current level of 445 on 15, 16 and 19th July. Now IF it bounces to above 465 levels, it will also confirm a double bottom. Ascending triangle BO will get confirmed above 485-495 levels.

image3126×1526 348 KB
Bharti Airtel formed a good base around 520 over last 6 months. Few days back, the stock broke out above the green trendline after news on increasing tariffs for corporate plans and entry level pre-paid recharge. This is a clear signal by Airtel that it will not wait for Jio to hike rates. The volumes are higer on up days and lower on down days.

There have been multiple attempts at 590-615 but the stock hasnt been able to cross these levels. It will be interesting to see how this moves.

Discl: I have a trading position. Sharing the charts for educational purpose

image3122×1519 407 KB
L&T has a classic Cup and Handle pattern on the charts. It broke out above 1600 with decent volumes and now pulled back to retest that level. A similar pattern playing out in SBI Life

Fundamentals:
Several tailwinds for the company and textile segment in general. Found the below blog post online which summarizes the same 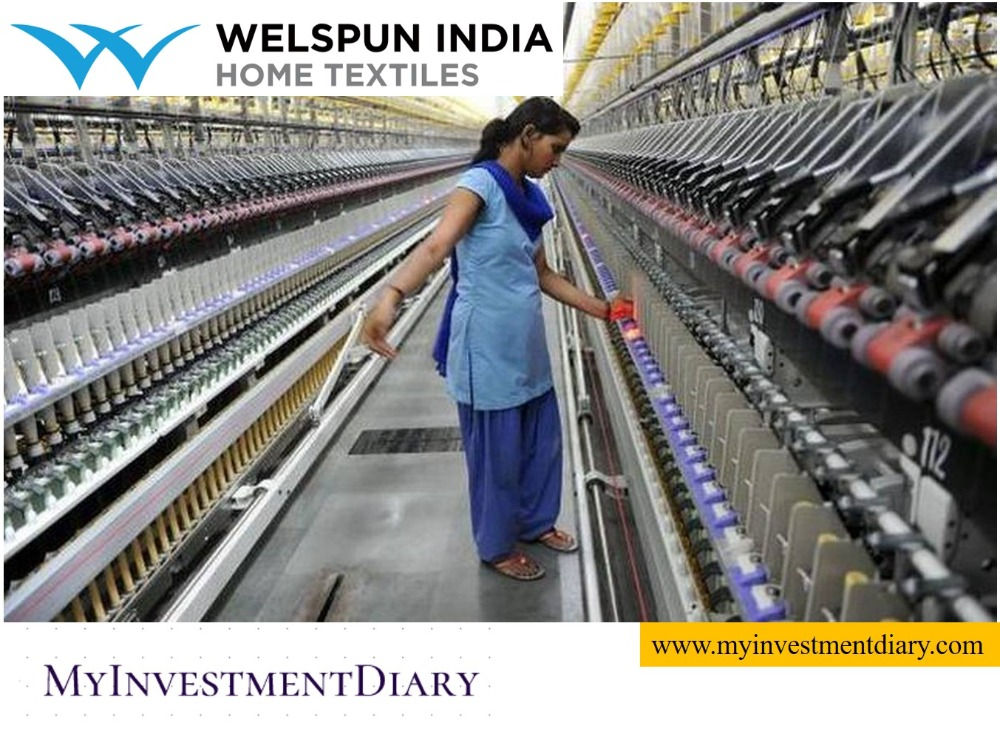 Manali Petro
Upper circuit today, if not for upper circuit, it probably would have broken through that resistance although volume is still relatively low, I would have liked to see it break with good volume but on upper circuit probably difficult. If it did uc on low volume it means that there is not much supply left…
Some things in its favour:

Daily volume is very thin
Results are expected on 10th august
There will be around 6 months wait for the new capacity to come onboard and with current capacity used up and rising prices, revenue likely to double in 6 months… 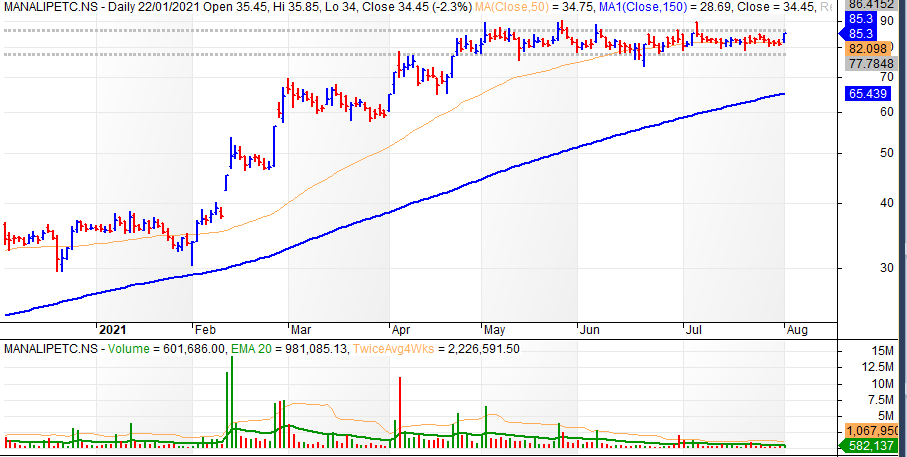 Charts without any description or explanation are not allowed & will be deleted. Repeating the same will be treated as violation of rules & would attract strict disciplinary actions. 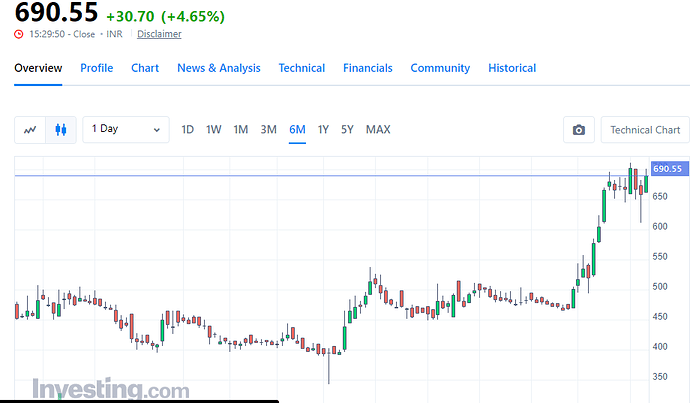 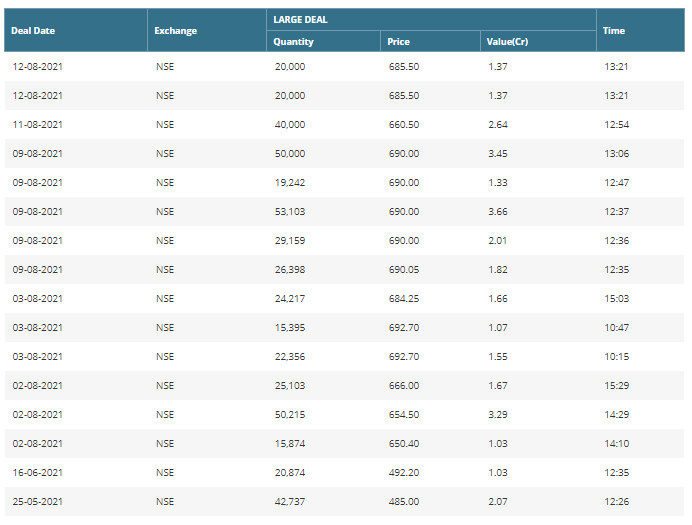 I have been going through this thread from the start. Arround demonitization time. Demonetization spike was simply the best disapproval of ‘technicals work’ theories. I went through some first 15 posts. Almost every technical analysis failed. Gave up. So dear readers, don’t blindly go by what is being posted here as ‘technical analysis in bull market works’. Please do your own diligence.

Disc: I lost money on pure technicals during demonitization

I think you are looking at it the wrong way, buddy. Even the best technical setup has a certain chance of failure. Any quantitative method that we use to invest needs a probabilistic mindset, not a binary thinking. Before investing, one needs to set a point where one will have to cut the losses and get out. Otherwise, a small loss will turn into a big one.

Secondly, success or failure of a method can be determined only in a large sample size. Suppose a breakout investing strategy has a success probability has a hit ratio of 70%. That does not mean that if I buy three breakouts, two would turn out into winners. It is equally probable that I may lose money on all three.

Thirdly, position sizing and risk management as well as exit strategy are far more important that our entry point. Though unfortunately, that is not much discussed here.

Lastly, shock events like demonetization, Covid 19, 2008 Lehman crisis etc regularly crop up once in every few years. We need to be psychologically prepared for that. It’s just part of the game.

One of the member has been suspended for 2 weeks for not heeding to moderators advice. Any chart without proper explanation is going to attract strict disciplinery actions.