As an value investor in both in the US and India, I would recommend the following books.

2). Last Fifty years of Berkshire Shareholders letters. (From 1957 to 2010) If anyone wants all the letters in one place, please shoot a message below.

From where can one get the Baupost letters?

Pls send me the Berkshire Shareholders letters. Is it a single pdf?

please mail me the berkshire letters…

Could you create a dropbox link of Berkshire Letters and share it over here for everyone’s benefit.

ANY VIEWS ON THIS BOOK

The Five Rules for Successful Stock Investing: Morningstar’s Guide to Building Wealth and Winning in the Market BY PAT DORSEY

@Manoj, That’s one of the best book an investor (mostly beginner level) can read, although a good read for experts too in my IMHO.

please do not paste your personal e mail ids here as it is against forum rules. Please **personally send me a message **and I will only respond to that.

I have sent a request to you for a book by Philip Fisher… just to remind you, kindly send it when you are free, thanks.

Dear @shashikapoorin,
Kindly send me the URL / link to all the Investment Books that you have.
Thanks & Regards,
Utkarsh Gandhi.

Dear @shashikapoorin,
Kindly send me the URL / link to all the Investment Books that you have.
Thanks & Regards,
Utkarsh Gandhi.

Some of the other books are

The pdf copies are not legal. So please try to avoid sharing on the public platform.

Also some are posting affiliates links without proper disclosure. 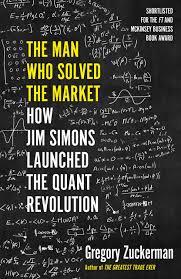 I completed the book the week it was out in India. I have been following (reading about, listening to, watching) Jim Simons and a few others over the last two years that I have personally started learning and experimenting with quant systems. (Planning to start writing about my learnings on quant systems, more so that I can understand them better while trying to write).

Simons has always been an enigma and I was certain that the book would not reveal any information which was not known earlier by the public but only supply anecdotes of his personal life. I was more or less right. There are practically no details of his trading system. But then again this book was probably not meant to. Overall, it was a great read. I would urge investors to read it, just to get a perspective of how a quant’s view of investing is different from that of others.

The highlights are below. The bold markup is mine to highlight points I found interesting.

A former math professor, Simons is arguably the most successful trader in the history of modern finance. Since 1988, Renaissance’s flagship Medallion hedge fund has generated average annual returns of 66 percent, racking up trading profits of more than $100 billion

Early on, Simons made a decision to dig through mountains of data, employ advanced mathematics, and develop cutting-edge computer models, while others were still relying on intuition, instinct, and old-fashioned research for their own predictions.

By early 2019, hedge funds and other quantitative, or quant, investors had emerged as the market’s largest players, controlling about 30 percent of stock trading, topping the activity of both individual investors and traditional investing firms.

“ If we have enough data, I know we can make predictions ,” Simons told a colleague.

Unlike his rivals, Simons didn’t have a clue how to estimate cash flows, identify new products, or forecast interest rates. He was digging through reams of price information. There wasn’t even a proper name for this kind of trading, which involved data cleansing, signals, and backtesting, terms most Wall Street pros were wholly unfamiliar with.

“The lesson was: Do what you like in life, not what you feel you ‘should’ do ,” Simons says. “It’s something I never forgot.”

The paper didn’t try to identify or predict these states using economic theory or other conventional methods, nor did the researchers seek to address why the market entered certain states. Simons and his colleagues used mathematics to determine the set of states best fitting the observed pricing data; their model then made its bets accordingly. The whys didn’t matter, Simons and his colleagues seemed to suggest, just the strategies to take advantage of the inferred states.

Simons and the code-breakers proposed a similar approach to predicting stock prices, relying on a sophisticated mathematical tool called a hidden Markov model.

Simons and his colleagues weren’t alone in suggesting that stock prices are set by a complex process with many inputs, including some that are hard or even impossible to pin down and not necessarily related to traditional, fundamental factors.

“Sometimes I look at this and feel I’m just some guy who doesn’t really know what he’s doing,” Simons said.

Stochastic equations model dynamic processes that evolve over time and can involve a high level of uncertainty.

Dennis himself is said to have made $80 million in 1986 and managed about $100 million a year later. He was crushed in 1987’s market turbulence, however, the latest trader with a style that bore a resemblance to Simons’s to crash and burn.

No one ever made a decision because of a number. They need a story.

“Any time you hear financial experts talking about how the market went up because of such and such—remember it’s all nonsense,”

“ LTCM’s basic error was believing its models were truth,” Patterson says. “We never believed our models reflected reality—just some aspects of reality. ”

The goal of quants like Simons was to avoid relying on emotions and gut instinct. Yet, that’s exactly what Simons was doing after a few difficult weeks in the market.

By the summer of 2019, Renaissance’s Medallion fund had racked up average annual gains, before investor fees, of about 66 percent since 1988, and a return after fees of approximately 39 percent.

Another lesson of the Renaissance experience is that there are more factors and variables influencing financial markets and individual investments than most realize or can deduce.

Simons and his colleagues generally avoid predicting pure stock moves. It’s not clear any expert or system can reliably predict individual stocks, at least over the long term, or even the direction of financial markets.

“ Work with the smartest people you can, hopefully smarter than you . . . be persistent, don’t give up easily . “ Be guided by beauty . . . it can be the way a company runs, or the way an experiment comes out, or the way a theorem comes out, but there’s a sense of beauty when something is working well, almost an aesthetic to it.”