They are continuously breaking into new products. They are also making sure that retail investors participate. They have reduced lot size from 400 to 200. On charts it is making Cup and handle pattern as well. Has respected 60EMA always. Their products have good ratings as well.

What is Beta drugs doing different that Natco, Shilpa and all are unable to achieve this growth? Being a small company, Beta would face more challenges than the larger ones. While announcing new product launch on Feb 2nd 2022, the note sent to the exchange contains the following:
:Considering the current growth rate cornpany expects to be among top five players in its covered market and among the top 10 Indianan oncology companies in FY’23’
Internationally, BDL is expanding its wings in non-regulated, and semi regulated markets.
Recently, the company has signed agreements with thirteen countries and shared the
dossiers. These countries will start contributing significantly to growth from 3’dQtr’ of FY’23". These statements are made during earning calls or in annual report. Is company trying to be transparent with investor community or is Beta drugs wooing investors by giving these +ve intermittent messages
Disc: Invested

Could you please copy here if you have found something same which confirms that, what they updated yesterday has already been there on record?

I was referring to this link BETA_02022022153644_NSE.PDF (nseindia.com) What they mentioned here were discussed in the earnings call, looks like they are dot on timelines.
My question was more focused on how are they able to grow at this pace (in a very positive tone, hope you can understand)
Disc: Invested

The company has done 88 cr revenue in H1FY22 as per published half yearly results which means they have done 47cr in Q3FY22. Given the growth momentum, it would be fair to expect the company to deliver 185+cr revenue in FY22 which would be a fabulous 60% topline growth YoY. This is much ahead of the management guidance of 30% growth, which also tells us about the management. They confidently promised 30% and should deliver double of that, living up to the under promise and over deliver style of management which people love. And if they can sustain H1 EBITDA margins, we are looking at doubling of PAT in FY22 to around 25 crore and current market cap of 500 odd cr seems fair valuation for a micro cap with rapid growth. 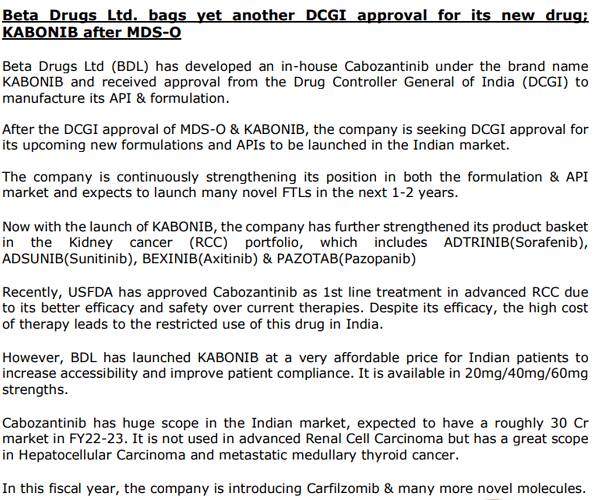 Outstanding results by the company, wherein improvement in each and every area. The company is now debt free. More growth in FY 23 due to new products and expansion initiatives. Debtor days also have reduced.

Certainly great results, with good cash flows, reduction in debt and reduced debtor days. The guidance of 30% revenue growth with ebitda margin of 25 % (current quarter was 23)seems in line with what they said before. They are eyeing exports sales of 70-75 cr for Fy 25 which will certainly help achieve doubling of turnover in 3 years.

Tomorrows con call will be interesting.

Certainly great results, with good cash flows, reduction in debt and reduced debtor days. The guidance of 30% revenue growth with ebitda margin of 25 % (current quarter was 23)seems in line with what they said before. They are eyeing exports sales of 70-75 cr for Fy 25 which will certainly help achieve doubling of turnover in 3 years.

Very impressive ppt. and disclosures in spite of SME listed company. My eyes are particularly drawing attention to their slides of presentation that talks about FY 23 and FY25 growth plans.

Just started to follow Beta Drugs here.
Thanks for sharing. Yes, and absolutely great to see the results yesterday. Hope these growth continue for the near to mid term and the disclosures to only get better.

Disc: Invested at 53, still holding and has become my largest position now.

Anyone attended the concall yesterday can share some pointers here. This would help as no script is uploaded till now.

-BDL has got an allotment of 14 Acres of land on 95
years lease in a special area allocated for API &
intermediates, where there is a single-window
approval from the pollution department.
The company has a plan to expand its API business
along with new formulations in the coming years 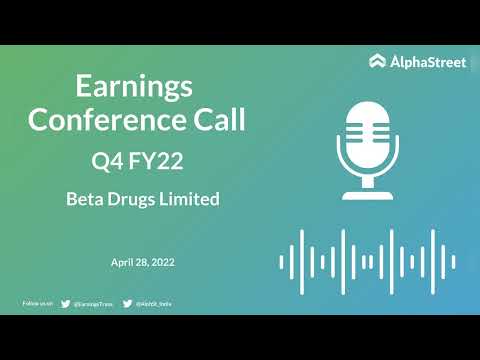 I found this Twitter thread on new products R&D going on at Beta Drugs. It says company has potential to become very big. I checked thier website to verify. These future products are mentioned in About Us page. Also there is a brief mention in page 4 of the investor presentation. If anyone has more information on this from company, please share. 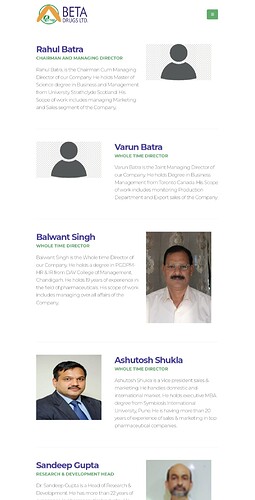 Here are my recent notes on the company:

Beta’s own brand has grown 67% as compared to last year.

All numbers look good. All Data looks good but when you go to their website, one glaring thing is where are all the scientist and researchers