Hey everyone. This is my first post here, so please let me know if I’m chasing down the wrong things. I’ve had my eye on BCM for a while and have a bit of knowledge about the inner workings of the industry - while I initially preferred Dhampur for their successful ( I believe ) non-commodization of their sugar, I am now convinced that their operating efficiency is quite a few tiers below Balrampur’s.

The Indian sugar industry has been a peak cyclical performer. Their volatility across cycles has historically been extremely high barring a few steady performers. This is caused by the relative hardiness and efficient growth of sugarcane as a crop, which leads to a large number of farmers around Uttar Pradesh and Maharasthra largely relying on it as a flagship crop. Add to this an excessively high FRP (Fair Remunerative Price) set by the government to assure farmers of a good return, and you have the makings of an economic glut. Massive oversupply nearly every year would depress sugar prices significantly, and reduce the selling prices of sugar below the farm-gate acquisition prices of the raw produce. It proved an extremely expensive strategy as massive sugar mills owned by corporate behemoths went under, and had to take on massive debt and increase capex to simply accomodate enough capacity to crush large volumes of cane- just to gain SOME measure of profit. Margins faced so many downward pressures that it averaged around 2-5% gross for some of the better companies. Even today we have inventories of around 9 million tonnes gestating.

However, this all stands to change owing to the massive shift in industry dynamics and an intense commodity upcycle following the supply-chain disruptions from the trade cessations during the COVID pandemic. In short, one of the primary byproducts of sugar production- i.e, Ethanol, is set to become the lifeblood of the sector. This is due to two reasons:

A) The Indian government is looking to reduce dependence on oil imports and consequent revenue outflows and debt payments from oil bonds. Essentially, they want India to use less oil and one of the ways to do that is by fuelling commercial and personal vehicles using a 20:80 blend of ethanol to petrol, instead of petrol alone. This lowers fuel efficiency infintesimally while reducing prices significantly. The Government has hastened forward the 2030 target for ethanol blending, to 2024 instead. Therefore, while the Ethanol industry produces around 3.55 billion litres, the actual amount NEEDED now is close to 10 billion, or a 3X increase. Add that to an already booming commodity cycle causing higher ethanol prices, and we can conclude that sugar companies manufacturing ethanol will see a lot of demand and a lot of profits. And given that Ethanol has margins of 20-40% and is largely independent of crude oil prices , this will definitely be a massive tailwind.

B) The government has passed two liberalizing measures. Firstly, sugar companies are now allowed to divert upto 100% of sugarcane to producing ONLY ethanol and no sugar at all. This will increase sugar prices and also increase profits as ethanol naturally has better margins than sugar. Secondly, the price of ethanol from B-Heavy Molasses - which is one of the ways of producing ethanol from the sugarcane stock, and by far cheaper than its higher quality counterpart - has increased significantly, which will help the companies that do not have high alcohol production capacities as well. Currently the ethanol producing capacity across the country is 425 crore litres and it will have to go upto 1400 crore litres by 2025. Therefore demand is there, supply is what has to catch up. This is such a massive driving force behind the industry that, it will force the industry to reduce sugar production, increase distilleries, reduce and normalize inventories all without even needing excess export subsidies.

The Sugar year starts from 1st October so it is likely to be a while before we see results, but the potential heightening in profits could get baked into the price by around year-end.

In addition, sugar prices are expected to not drop anytime soon as sugar productions in India decline, and bad weather in the world’s largest sugar exporter, Brazil, causes a shortage in production that will ATLEAST last until next year. MSP of sugar is likely to face hikes as well, partly so that mills can clear farmers’ dues.

So all things considered, it looks like a good year for sugar production. A lot of Sugar manufacturers including Shree Renuka and Bajaj Hindustan have seen massive surges in share price this year already. However there is a very simple reason to avoid betting on them over Balrampur or Dhampur.

A company’s worth is determined by its free cash flow, earnings, and assets. Shree Renuka has been generating hundreds of crores in losses every year since 2016, and they are debt-laden. Bajaj Hindustan has similiar statistics, as does Dalmia Bharat. Their debt is incredibly high, they are constantly in the news for defaulting on payments to farmers, and the rise in share price in them can only be attributed to retail frenzy over a ‘cheap’ stock that announced that they are going to increase ethanol production capacity. The issue is, if you are going to increase production capacity, you need either cash or debt, and massive amounts of it. These companies have little to no cash (Shree Renuka is so indebted its shareholder equity is actually negative), so they would have to fund their capital expenses through MORE debt.

So, yes, they may show increased revenues in the meantime- but one bad quarter, one point increase in long term interest rates, and they go into losses, the growth story collapses, FPIs and Retail Investors pull out money, and the stock plummets. Ofcourse that might not happen, but the risk-to-reward for most companies is simply not favourable owing to their precarious financial standing.

-OMCS have contracted close to 320 crore litres of ethanol, which is 70% greater than SY20-21. Which would mean quarter on quarter ethanol sales are likely to grow significantly and increase bottom line.

-B-Heavy molasses (sugar destruction route) will be primarily driver of their revenues from Ethanol. This is good as it is cheaper to produce than A-grade and of better quality (and thereby commanding a higher price) than C-grade.

-Hoping for slightly higher yields, offset by higher sacrifice (AKA diversion into making ethanol instead of using to make sugar) and consequent increase in production of ethanol without increasing sugar inventory by much.

-Average selling price of power per unit is 3.17, cost is 2, margins greater than 60%. As Balrampur co-generates power by burning molasses, it forms a minor part of revenue but a large portion of bottomline

-Expecting to raise 220CR in debt, to finance the distillery expansion in FY22, which will payoff by FY25 around, and thus will add around 20-30% to finance costs, which should be offset by >20% EBIT margins on Ethanol. So this is not as negative a point as it may initially appear. Expect to generate 600CR per annum from that plant so even at half that they are atleast making back their money the very first financial year the plant opens.

-It will have 840 kilo litres per day of production capacity in ethanol, which is one of the best in the market. Plus since it’s funded only half by debt, it’s RoI is better than any other firm’s.

-They are diverting >60% of cane towards ethanol generation. This will be bottomline accretive. 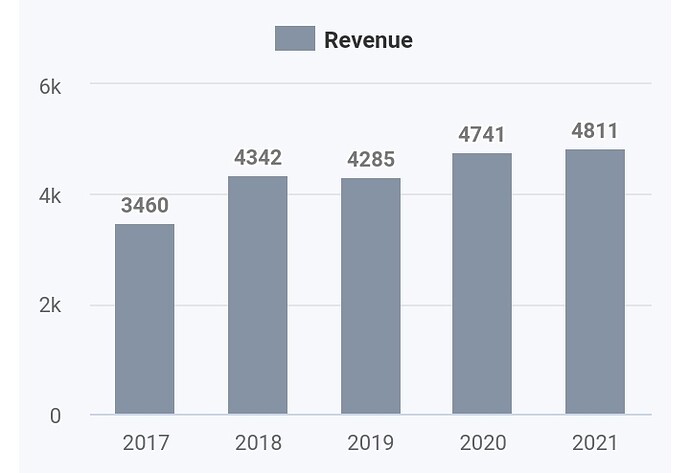 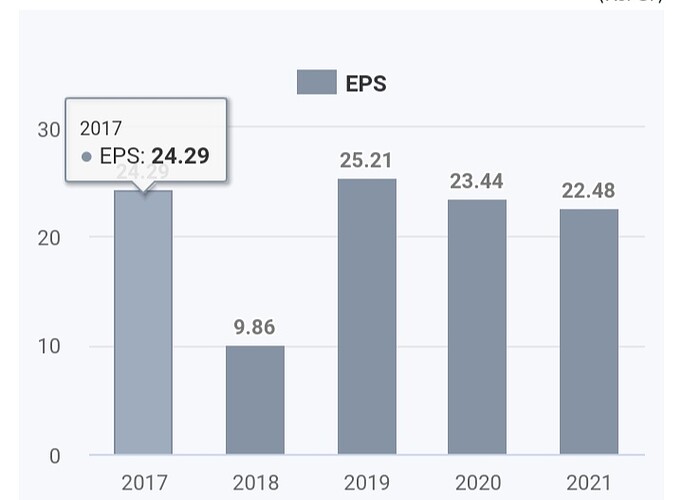 Important to note: the firm has been profitable nearly every year since operation. Its track record is enviable among its peers.

Balrampur Chini is an industry leader, with a large and expanding distillery segment, in an economic climate wherein massive capacity expansion will be the primary driver of revenue, since demand from OMCs is only likely to increase every year until present capacities are more than doubled. As the forerunner and the most profitable firm in the space, BCM stands to benefit at the lowest cost among its peers.Yes,the company, much like everything else in the sugar space, has skyrocketed in price already. But a closer look tells us it is only valued at a 15 TTM PE, whereas its much more unprofitable, cash-negative peers are trading around 16. This, combined with the ethanol economy, gives me confidence on a longer term success story.

Most of the numbers mentioned here are from the company’s Annual Report, and the Q4 FY21 con calls. If needed I can post a link to it.

Balrampur Chini is getting impacted due to low availability of sugarcane. Even if they are increasing ethanol capacity it is not of much use as sugarcane crushing is low. I think share price will go to 250 levels and will revive only if sugarcane availability improves.

Management has guided for 15-20% higher yield and hence, sugar recovery. That will give a major boost to top and bottom lines, along with the new capacity coming onboard.

i think cane availability will be a challenge for Balrampur. lets us see how it fares in coming quarters.
also ethanol from grain has very low margins.