Before launching its small finance bank operations in April, the company as an NBFC lent for vehicle finance and MSME and SME loans.These segments accounted for 50%, 30% and 20% of the FY17 gross assets under management (AUM) of Rs 10,734 crore.

As of May, AU SFB operates through 269 branches and 121 asset centres mainly from the states of Rajasthan, Gujarat, Maharashtra and Madhya Pradesh. State of Rajasthan ac counts for nearly 50% of its gross AUM but bank is planning to bring it down over the next few years.

Financials: Between FY13-FY17, the former NBFC reported a strong 30% annualised growth in its gross AUMs while disbursements grew at a comparable 29% CAGR. The net interest income expanded at 44% CAGR during the period and profit before exceptional items grew at an annualised growth of 47%.

While the net interest margin of the company stood at a strong 9.67% in FY17, with the impact of commencement of SFB operations, AU Small Finance Bank may also be forced to turn competitive in the interest rates it charges.

Gross non-performing asset ratio of the company hovered below 1% mark between FY15 and FY16. The measure jumped to 1.61% in FY17 after a three-fold jump in bad assets after recognition period for NPA shifted from 150 days to 120 days, Going ahead, further transition in NPA recognition period to 90 days past due in FY18 and stricter asset classification methods as SFB may impact bad asset proportion of the company.

MCAP of AU Small Finance Bank is around 16000 cr, which make its market leader in small finance bank among its peers Ujjivan and equitas.

So, its open for discusison & looking for any negative anybody see except CMP, lets discuss and see whether it make a conetender for long term investment.

Disclosure: No Holding in Au as of now, even not in any small finance banks mentioned above, but considering to take position if I get opportunity & reasonable valution.

Really impressed with the track record it came to IPO and rightly labelled as rural India HDFC by many.
But transition to bank will erode major bottom line as seen from the Ujjivan and Equitas. I also liked the energy with which Sanjay Agrawal gave its long term play and unique stand in industry.
Recently it has appointed Accenture to develop technology platform with capex of ~50crs over next 5 years.
Definitely technology will play its part if one aspires to be leader.

Where can one find financial numbers for the past years for AU SFB? Screener, moneycontrol etc are yet to come with numbers.

Where can one find financial numbers for the past years for AU SFB? Screener, moneycontrol etc are yet to come with numbers.

https://www.aubank.in/annual-report You will get annual reports in the link for past few years.

Wanted to have a quick look at nos. rather than digging through AR. Thanks, anyways! However, AR 2016-17 is still awaited. 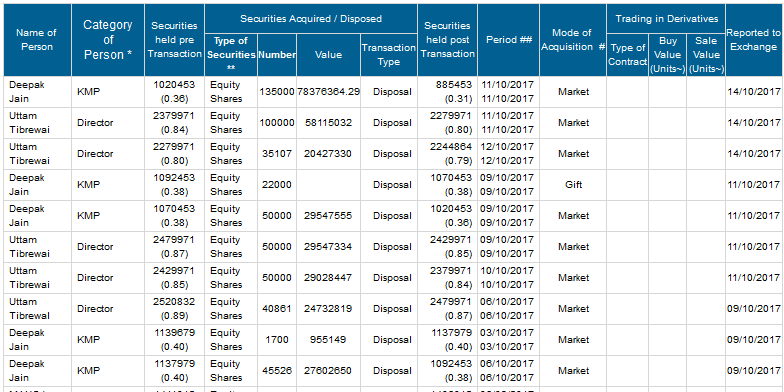 check BSE website under “disclosures” under insider trading or SAST

As PSU banks market share would keep shifting to Private banks, I was looking for a fast growing pvt.bank with reasonable NPAs. AU small finance bank though expensive at 9 times B/V fits the bill. A bank with good return ratios and less than 2% NPA. Started accumulating , request members to share relevant information & their views on the bank.thanks.

If u see Q&Q comparison, the profitability has come down, gnpa and nnpa have gone up 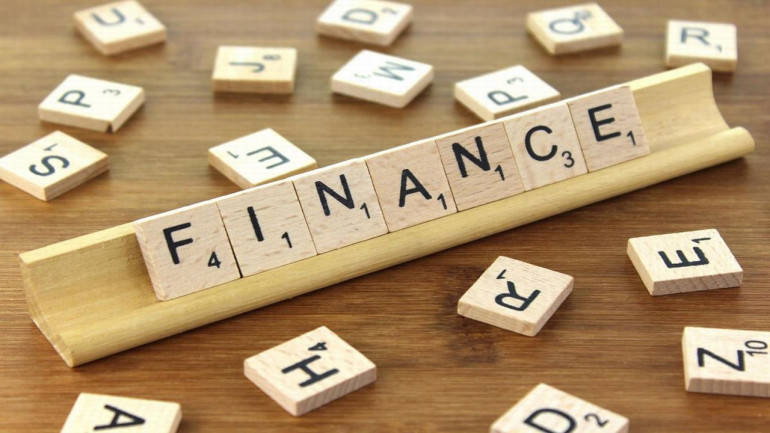 AU Small Finance Bank: A bigger and better small bank in the making

We see strong earnings acceleration going forward and do not see much of a risk to the premium multiple. AU Small Finance Bank appears to have all the correct ingredients to stand out in the competitive market and should form part of the long term... 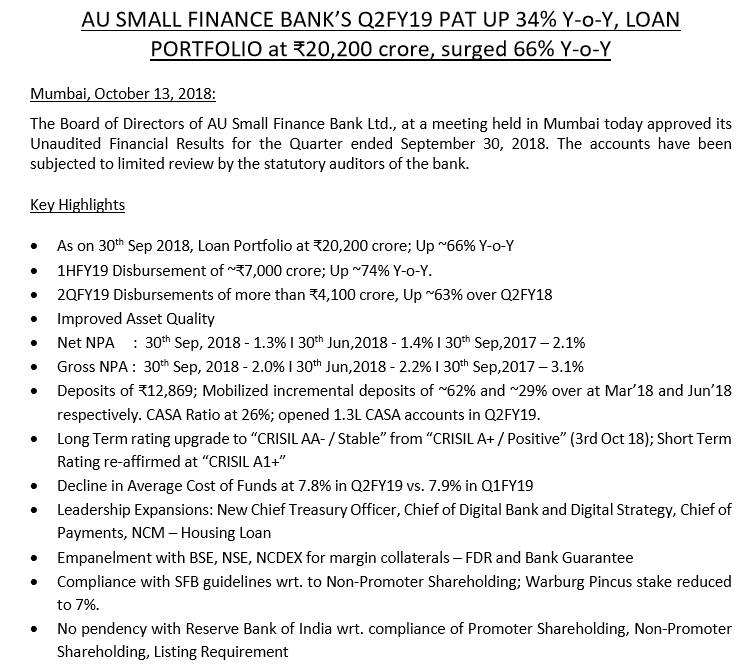 What exactly is the moat for AUBank for it to trade at 8x book 50x earnings?