Are we headed towards a credit crisis?

Wild swings and sharp declines in share prices are reflective of extreme fear and nervousness in the investing community. Any delay/ downgrade/ default/ distress can accentuate debt loaded counters. No prizes for guessing which institutions have the highest amount of debt. This risk is amplified amongst financial services firms which are, in any case, highly levered and have capital structures which ensure that the organisation collapses like a house of cards. Successive failures of IL&FS, DHFL, Reliance Capital and Indiabulls (who next??) has started impacting banks and depositors who have lent money to them besides leading to contraction in the the broader economy. This protracted credit freeze can have a debilitating impact on the solvency of all NBFCs.

RBI, in its Financial Stability Report published last month, has tried to spell out risks of a contagion (Extreme stress test arising from failure of Top 5 NBFCs would result in in systemic risk and closure of minimum 7 banks), the RBI has surprisingly refused to dwell on reasons / factors which might drive these institutions to such failures besides blaming the entire issue to liquidity . One wonders if the regulatory authority (and by that token the Central Govt) prefers to put its head in the sand rather than address market failures head on. No wonder the governor does not intend to conduct any AQR in the NBFC space for fear of the rot coming out. 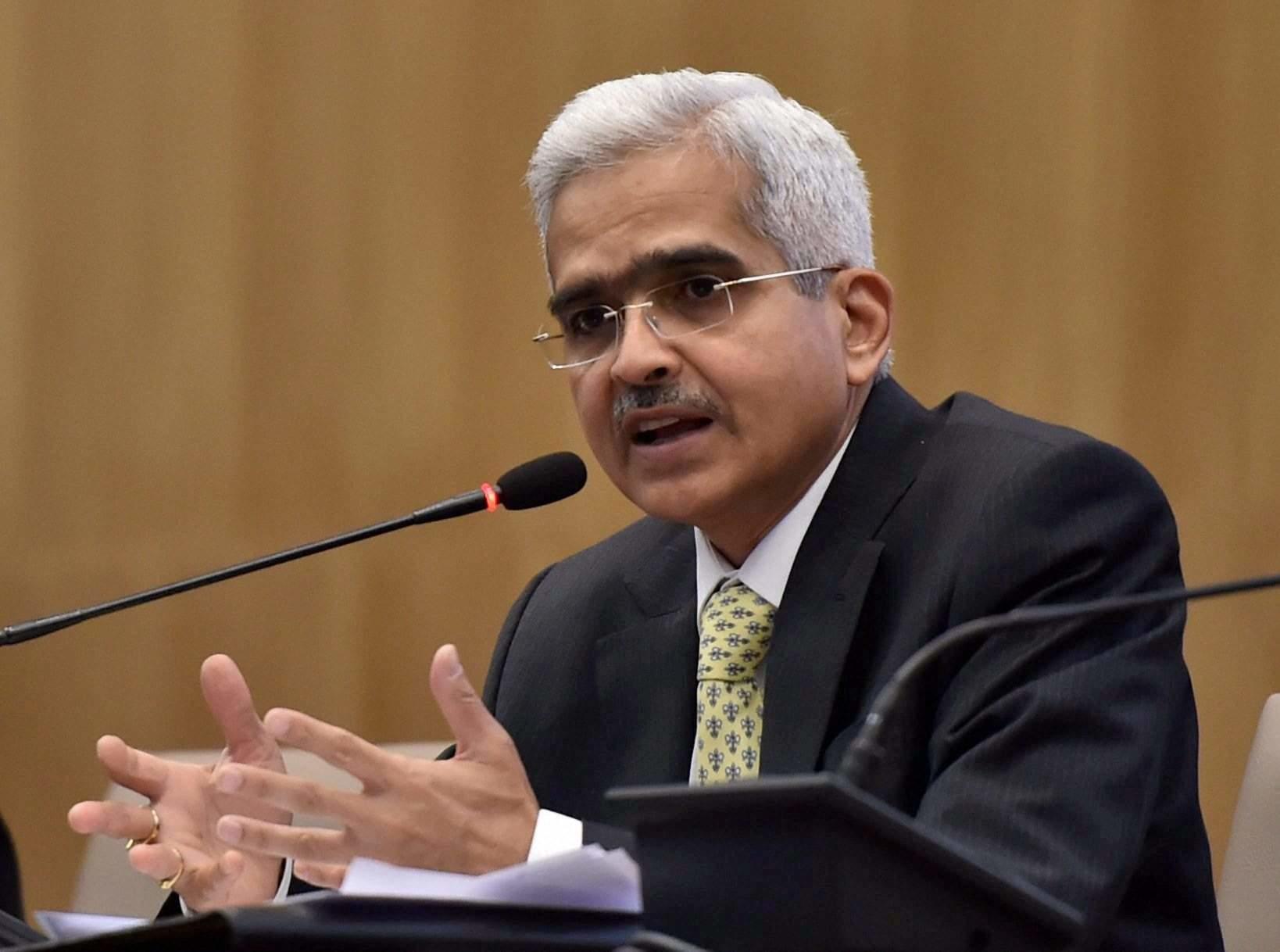 India’s central bank doesn’t want investors to know how deep the rot is in...

The governor of the Reserve Bank of India, Shaktikanta Das, has categorically ruled out an official asset quality review of India’s shadow banks.

In the meantime, skeletons like CG Power and Cox & Kings continue to tumble out of the cupboard leaving investors to run amok and exit the markets en masse. Is india staring at a systemic failure and post Lehman type credit crises?

ILFS, CG power, etc were frauds bound to fail. The sooner they fall, better for the economy. DHFL and indiabulls too, should and will, fail if the allegations against them are true. Excess liquidity kept these frauds alive. Banks which could not manage such risks and kept pouring economic resources into such frauds deserve to be replaced by their better managed peers. Let creative destruction of market take its course. No need to panic if you are invested in sound business as they may now have a larger opportunity.

CG promoters were always considered to be chor by the market participants. So no suprises on this recent fraud which has come to light
Only way to protect is to stick with clean management, that is why some companies have so high valuations. In india we dont just overpay for growth but for good minority shareholder friendly promoters. Also some sectors have more incidence of fraud like NbFC/Banks, real estate, education, jewellery. Better to stick to leaders like HDFC, Godrej Property, Titan etc in these sectors.

i may not be expert i my opinion but when one is posing some question one must have facts and figures in hand to have argument in support of the belief Marely reading some random report should not be the criteria to arrive at some conclusion i may be wrong . the micro indicator like DGP or GDPIN does not support the logic . gross non-performing assets to gross advances by the banks is at good shape however they have increase the provisions for bad debt .This is due to the fact of increasing unemployment and decrease in production . The economy is slow but it is not going to be as situation of credit crises .
Since 1945 average uptrends or expansion is 58 months and average down trends or contraction is 11 Months .however since 1990 uptrends 95 months but still the and average down trends or contraction is 11 Months ( As per US DATA source : https://www.nber.org/cycles/cyclesmain.html ).At the time of begging of expansion cycle buy cyclic stock such as commodity& technology stocks they are tend to outperform during the expansion .in time overheated market one can opt to buy health care consumer staple and utilities because of stable cash flow and dividends .Most economists considers that its natural part of economic activity but views are multiple some economist argue that if central bank RBI does not manipulate the interest rates and money supply the impact of the cycles would be less severe on the contrary there are others who believe that central banks indirectly control the cycle by intervening with monetary policy.

One can have close watch to the Credit rates and best way to do is checking the credit cycles. You may or may not enter at the bottom or exit at the top but you can enter with some gap.It is very interesting fact that Interest can be considered a cost for one entity and income for another. There is close relation between interest rate and inflation. In simple words inflation is condition when general level of prices is going up e.g More money will need to be paid for goods (like a loaf of bread) and services (like getting a haircut at the hairdresser’s).Thus every rupee will buy a smaller percentage of a product as compare to historical price. In general, as interest rates are reduced, more people are able to borrow more money. The result is that consumers have more money to spend, causing the economy to grow and inflation to increase

A credit cycle describes the phases of access to credit by borrowers. Credit cycles first go through periods in which funds are relatively easy to borrow; these periods are characterized by lower interest rates, lowered lending requirements, and an increase in the amount of available credit, which stimulates a general expansion of economic activity. These periods are followed by a contraction in the availability of funds.

During the contraction period of the credit cycle, interest rates climb and lending rules become stricter, meaning that less credit is available for business loans, home loans, and other personal loans. The contraction period continues until risks are reduced for the lending institutions, at which point the cycle troughs out and then begins again with renewed credit.

It is important to note that The average credit cycle tends to be longer than the business cycle because it takes time for a weakening of corporate fundamentals or property values to show up.

These notes i have collected from web a time ago but still have relevance .
Regards

Sharing notes from Ramdev Agarwal
Raamdeo Agrawal said there is a liquidity crisis in the economy and today it has become the worst.

Govt must clear its dues to ease liquidity crisis: Raamdeo

Raamdeo Agrawal said there is a liquidity crisis in the economy and today it has become the worst.

The unravelling of the credit mess looks to be painful and prolonged… Propped up by banks, investors (read PE firms a la investors in Altico) and shareholders, NBFC are facing the twin challenges of deteriorating book (on the assets side) while deserting investors (on the liability side). NBFC Balance Sheet Deleveraging has its adverse impact on the real economy, perhaps magnified manifold due to resultant contraction in corporate and individual coffers and propensity to invest. NPA (even SMA accounts) and concurrent provisioning erodes lenders capital which constricts credit creation.
Reluctance to be adventurous in credit decisioning owing to the mistakes of the past continuing to haunt lenders has left lenders petrified. Merger issues aside, bank managers and their bosses dont want to be seen to be credit aggressive when damning news keeps hitting them every once in a while. In credit and liquidity propped indices in US and China are anything to go by, we seem to have no substantive policy response in the form of QE…
We may not be in for a crises… We are sure in for a prolonged recession!

Tax advantages impact profit making concerns. The mess is in counters which are loss making and are headed towards insolvency in the absence of demand side issues being addressed. I am not sure if the problems which have perhaps cropped in the recent past with reference to lender portfolios would be addressed through mere tax cuts. It is infact likely that incremental cash generation thanks to lower tax outgo would result in debt reduction in the absence of capex! Since the industry is still operating at capacity utilisation at 75%, any capex plan is typically undertaken after the demand would outstrip supply at 90% utilisation levels. There is no macro headwind to justify such optimism in my humble view.
In the absence of infusion of liquidity in the hands of the consumer, it is unlikely that the contraction would be stalled. While this may look like the unpopular opinion, the percolation of liquidity in the real economy reeling under 3-4 quarters of credit contraction and degrowth would require more impetus than this protracted form of stimulus. Loan mela to push credit sounds like a frivolous method of pushing credit as no bank has ever closed its branch for new business. Infact such measures have only attracted adverse credit, similar to the brouhaha of the mudra lending scheme (again facing NPAs upwards of 10%) within a year of launch!

Besides fresh defaults by Altico and Reliance Capital, the issues being faced by the real estate sector (constituting almost 3 lakh crores at the least!) would not be addressed by a earnings bump. Credit flows need a serious bump up to arrest this slowdown. While the Government seems to have shown solid intent to arrest the slowdown, the fiscal bandwidth seems to have narrowed further and any long term turnaround would require liquidity injections which would risk playing with fire. (Resulting inflation would be a cost on the poor at the expense of the rich who have been given tax breaks!)

True. Recent announcements do not address the liquidity issues. I think, the FM shouldve given this relief to Demonitization-struck aam-janta. More Liquidity in hands of consumers would increase demand, which would support every meaningful industry, and increased consumption wouldve increased tax income.

Instead what has ended-up happening is, companies that are already making profit, the best of the lot got even better, with no effect coming down to companies in trouble where it was most required.

I am sure if a layman, like myself can see it, the honchos can too. Or may be, propping up the market, or simply stopping the juggernaut of a fall was their sole purpose.

AIF for RE last-mile funding should have some good effect? I am not sure about the size wrt the current gap. Some noises about the priority sector status for some NBFC depending on sector focus, should help. Tax cuts in hands of the consumer vs corporates, I really cannot differentiate, why one should be much better than the other kind.
Better insolvency for failing NBFCs might help.

IBC may have to be tweaked: SBI, government plan priority status for real...

Indias largest lender SBI and its arm SBI Capital Markets, which is playing a key role in setting up the fund, have started reaching out to other banks and financial institutions to participate in the AIF — a regulatory parlance for privately pooled...

I am just trying to list some decent measures. A look back would show a massive lapse of responsibility when Jaitley himself had commented in Oct 2018 on a liquidity crisis just a month after IL&FS default.
Loan melas are mostly for show, whatever liquidity is welcome even with a 10% haircut factored in.

Do not think indian babus can help solve this crisis fast enough. A great part has already played out and the worst part may be over, the recovery might be slow indeed.