Is there already a section describing how to analyze balance sheets?

Thanks for raising this. Guess this is a common question for those wanting to bring some rigour into how they analyse a company’s stock.

If you are looking for specifics only on Balance Sheet analysis, perhaps you can jump straight to checking the Financial Health section.

Go through these and let us know your feedback. If you find these useful, perhaps many others would too!

this link is very helpful. THans

Can someone tell me why this difference in same year’ balance sheet published in two Annual Reports.

They would have published any explanations on this?

The Indian stock market, in aggregate, carries a relatively high risk that a minority shareholder will not realize the value in a listed firm because the controlling shareholder (or promoter as they are known in India) will appropriate value for himself, leaving little on the table. The risk is higher relative to certain other stock markets mainly because of limited regulation. In addition, lax enforcement indirectly encourages such behavior.

However that does not mean all firms can be painted with the same brush. There are many firms that take shareholder obligations seriously in letter and spirit irrespective of size, industry or geography. Notwithstanding this, there is an added burden for an analyst examining Indian markets, who not only has to figure out an undervalued business, but also has to be confident in his assessment that the value will not be misappropriated by the promoter. An imaginary 10th edition of Security Analysis would have provided us with the analytical tools to give some cues; sadly, now we have to develop our own.

A commonly observed technique among analysts is to meet management and/or the promoters. But I know that a promoter knows to put up an act to near perfection. It is only on rare occasions that they do not succeed in painting a future more glorious than the present or the past. Therefore, I am always left doubting my ability to confidently assess promoters through an interaction, and prefer more analytical approaches to the problem. The purpose of this write-up is to provide some analytical starting points on potential investment candidates to weigh this risk. This article may be considered more an initial attempt than any comprehensive statement on the subject.

Every annual report talks about the companyâs dedication to shareholders and the highest standards of corporate governance it embraces. This included a company that was part of Indiaâs leading index â Nifty. This company had just won a prestigious global award for corporate governance and had on its board an Ivy League professor, someone âwho also co-led Corporate Governance, Leadership, and Values initiative, launched in response to the recent wave of corporate scandals and governance failuresâ. Soon after the financial crisis emerged in 2008, the promoter of this company confessed to perpetrating the largest and the longest accounting fraud in India.

In other words, a better assessment can be obtained not by how the promoter dressed up the company, but by how well he resisted the temptation to put the companyâs money into his own wallet. If such temptations were resisted in the past, itâs likely to be the case in the future as well. The best way to assess that would be to look into the companyâs past, and the promoterâs behavior in relation to the company. If there have been actions in the past that appear intended to benefit the promoter at the cost of other capital stakeholders, we can conclude that there is a non-trivial risk of misappropriation.

And much like what Warren Buffett said about not playing the Russian roulette even if there were a million chambers and all empty except one; whatever the payoff, we avoid the firm. The absence of such promoter behavior would also give us sufficient confidence. In addition, the longer the past under observation, the wider the set of circumstances. There would have been more opportunities for misappropriation, more good times and bad times to influence the promoter and hence a more reliable guide. I propose a window of 10-15 years for the proper assessment of such behavior.

How to Detect Instances of Misappropriation

The analyst starts by looking at publicly available statutory documents beginning with the annual reports. An analysis of this report is subject to the integrity of the auditor certifying the accounts. That would decide if the company is worth analyzing at all. I know of no easy process that will determine with confidence the answer to this question but experience does help. However our analysis is predicated on credible books of accounts.

The analyst then keeps looking for transactions that give any indication of misappropriation. An analyst experienced with poring over many such transactions will identify a set of broad transactions that have come to be âaccepted waysâ of doing such business. Sharing such a list will be useful to the investing community and that is what follows below.

Broadly, misappropriation transactions can happen in ways that have an impact either on the profit and loss statement or on the balance sheet alone. Transactions affecting the former will have the impact of immediately depressing the return on equity, but they are difficult to deduce from audited accounts. Transactions affecting the latter are easier to recognize, though they have permanent damage. Sometimes, the misappropriations can get fatal to an unsuspecting shareholder.

Table 1: Examples of Misappropriation Impacting the Profit and Loss Statement

1)Under invoicing of product to the distribution channel. The channel sells the product to the customer at market rates. The channel keeps a fixed margin and remits the remaining as follows: a. the invoiced amount to the company and b. balance to the promoterâs account. Thus the company realizes a lower amount for every product sold which is transferred to the promoter.

3.Having dummy employees on payroll with their bank accounts controlled by the promoter. So the salaries get credited into their accounts (kept at a level to create no tax liability for the dummy employees). This creates a tax deductible expense in the company.

The above transactions are consistent and done in a routine manner, and I find it difficult to confidently deduce this (except 4) conclusively from the audited accounts. In Table 2 below, we see transactions that impact items on the balance sheet. A wider variety of techniques employed by promoters can be better understood when viewed from the balance sheet of the company. These can be one time or ongoing and range from the simple to the bizarre. While the audited accounts presented in the annual report provide a good starting point, they may not reveal the complete picture; especially if the firm carries large debt.

Recently, a dramatic case of misappropriation came to light. A listed entity mired in debt reported that its equity has been wiped out by ârobberyâ of the firmâs assets. It reported that â The miscreants has (sic) looted the factory and taken away critical machineries (sic), raw materials and finished goods and several documents were destroyed.â This led to a dramatic reduction in fixed assets and inventories and wiped out the companyâs equity.

To conclude, these are some popular means adopted by promoters to appropriate funds of the company. Some of the more commonly observed ones are shared in this article for the benefit of analysts, but this is by no means exhaustive. The recent economic slowdown in India has taken the bargain cloak off many such listed entities revealing only liabilities and no assets inside. And in that sense, it has been quite educational!

Vivek - Thanks for the article. When copying/quoting articles or blogposts and even news items/analyst reports, due credit must be given to authors.

Please provide the relevant link(s)/author credits and ensure this is adhered to in future as well. ValuePickr prides itself in providing due credits and ensuring there is no violation of Intellectual Property (IP) of others from the larger Investment Community.

Rather, if we see good content anywhere, we must endeavour to promote that within the community. Provide the links - the readership will decide for itself.

Noticed first in a blog got the details subsequently.

Indian companies will have to present IFRS converged (Ind AS) financials. Over 350 companies would be applying these standards from fy-17. Thus as per my understanding first quarter results would be as per new sets of standard. Also Opening Balance Sheet would be impacted by these standards. Motilal Oswal has presented a note which analyses impacts of these standards on the companies. I have attached the same here. Hope it will be useful for the members.

Also would request the members to share the literature if any available with them. 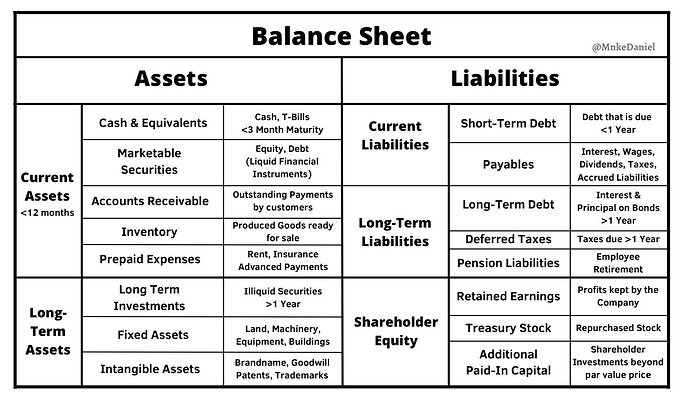