This is my first time posting on a new topic. I apologize upfront if this is not adhering to standards of this forum in any way and humbly ask for feedback to improve in future.

I came across this interesting and profitable microcap company Agarwal Industrial Corporation ltd. With high growth potential while researching the infrastructure space and wanted to share with you all only as a starting point for your own due diligence. This seems to be the only listed pureplay bitumen manufacturing & trading company.

Agarwal Industrial Corporation Limited ( formerly known as Bombay Baroda Roadways (India ) Limited ), was promoted by Sh. Jaiprakash Agarwal, Sh. Lalit Agarwal, Sh. Mahendra Agarwal and Sh. Ramchandra Agarwal, brothers, in the year 1995 with the main objective to carry on the business of transportation of LPG and Bitumen throughout India. The Company came out with its maiden Public Issue in the year 1996 to expand its business operation by adding the fleet of LPG and Bitumen Tankers. Company later developed vision to enlarge its activities from its modest origins in Transportation to Manufacturing of Bitumen & Bituminous Products, Power Generation through Wind Mills and to undertake agricultural activities, and so changed its name to “Agarwal Industrial Corporation Limited” from Bombay Baroda me Roadways (India) Limited, so as to reflect in the name of our Company, the true nature of diversified activities it carries to the world at large. you can find product descriptions in this page link below

They have started generating good cash flow since FY19 onwards but they have not been free cash flow positive except in 2019.

I didn’t find any negatives about the management team and the promoters who have deep Industry Experience of over 36 years, hold about 59.33%. The public float is 40.63% & FII is 0.04%. The total outstanding shares is close to 1.03cr. They have diluted equity before but not in the last three years. Now, there are related party transactions with companies in which KMP have interests for labor, spare parts & oil sales, purchase of fixed assets, repairing and sub contracts but I found that loans were given only to the 100% subsidiaries.

The stock has seen high flying days in 2017 when it peaked at Rs. 770 but it dropped from that peak to Rs. 50 back in May 2020. Curiously this has happened even as the net profit climbed from 2017 to 2020. From the shareholding pattern what I noticed is that back then, there was a group (Garnet International) that held 13.5% and sold it all off by June 2020. It has since gone up to Rs. 150 where it has been lingering since the beginning of the year.

Bitumen is a black to dark brown sticky material, composed principally of high molecular weight hydrocarbons. It is a semisolid hydrocarbon product of crude oil distillation, which is produced by removing the lighter fractions (such as liquid petroleum gas, petrol, and diesel) from heavy crude oil during the refining process. The physical properties of bitumen include adhesion, resistance to water, hardness, ductility, and higher softening point.

The growth of India bitumen market is majorly driven by increase in road and building construction activities. Construction of various national highways, expressways, airport runways, parking decks & working areas in ports boosts the demand for bitumen across the country. Bitumen is processed into asphalt for road construction.

Furthermore, bitumen is widely used in the construction industry for roofs, owing to its physical properties such as adhesion, resistance to water, hardness, ductility, and higher softening point. Therefore, growth in the construction industry due to growth in population across the cities and demand for new houses led to increase in demand for bitumen across the country.

In addition, government initiatives such as Pradhan Mantri Awas Yojana (PMAY) that includes construction of houses for poor people living in both rural and urban areas is likely to increase the demand for bitumen; thereby, driving the growth of the India bitumen market.

India is expected to have a requirement of investment worth USD 777.73 billion in infrastructure by 2022, to have sustainable development in the country.

• Microcap stock with its concomitant risks of ownership

• Negative FCF, Low float and increase in debt for working capital over the years

• Pricing power– Commodity pricing and competition with other players in the Industry.

Why promoters issued shares and warrants to them as well as a public entity on 9th April 2021 at 105/- (while the prevailing price was around 150/-) way below the present price?

yes, its a negative from the perspective of minority shareholder and its something we usually see in these microcap stocks as a way for infusing equity capital with an assurance of future gain for the promoters.

Btw, they had also issued such warrants in the past. I would watch for any turnaround selling by promoters just for the sake of capitalizing on the difference but so far in their history, they haven’t sold any of their holdings.

Hello jet_nebula,
Thanks for sharing the details about AICL.
I haven’t studied this company but when I look at Screener. I came across some points.
Operating Profit Margin stands at 6% and Net Profit Margin stands at 3% when compared with its revenue.
Can you please share information related to this low margin whether due to competitors or some other reasons?
If possible share the competitors producing Bitumen.
Regards,
Kathir N S

Bitumen is definitely in the commodity space and margins will be tight since there is a lot of competition in the market.

Agarwal is opting for growth through business expansion to stay competitive in the market and has been growing sales & profits consistently.

Please also note that margins are fluctuating on a quarterly basis if you see in screener. In the most recent quarter, their NPM is 5% and OPM is 9%. There is no coverage on this company and the details are not available on their annual reports on the fluctuating margins.

One of the things is their margins are higher in the shipping (25%) and windmill divisions (40% +). The windmill division is a miniscule portion of their revenues and shipping & chartering was launched in 2019 only thru a subsidiary and it carried about 34cr in revenues and profit of 10.6cr. The margins are similar in logistics (small segment) and petrochemicals segment (which is the biggest & accounts for 87% of revenues).

We need to simply answer about the newly started shipping division future prospects. Will it grow substantially at the current margins? Given that it seems to be the only growth trigger here.

Rest all may be just allow the company to coast along but do not provide any significant upside.

From the latest credit rating:

Looking at it not as a long term investment but as a tactical opportunity, if we compare Dec 19 to Dec 20 results, the jump in profits is due in part to the jump in margins (6% vs 9% now)which in turn seems to be due to lower material cost compared to the previous years. If these margins are maintained in March quarter along with the sales growth registered QoQ, they will show an improved bottomline for the petrochem segment. This remains to be seen based on upcoming results.

Any Expected Growth for Petrochemical divisions for next 5 Years?

Also, from the report shared by vikas,

“During FY20, AICL reported substantial growth of ~48% in its Total Operating Income (TOI). The growth in TOI was largely driven by the corresponding sales volume growth of around 49% witnessed in petrochemical segment
(Bitumen and bituminous products).”

Yes, but margins fell, so profits fell even as revenues increased, for FY20!

Also, we saw considerable ramp up in road network construction in past years but still I do not find the growth that impressive, it is pretty ok no doubt. Maybe a lot of the construction is cement/concrete?

Hoping demand worked in their favor. Currently due to covid surge the demand has been impacted but in the past quarter & year there has been firm demand. Final Q FY21 results will help in guaging the trend.

India's bitumen consumption rose by 8.1pc on the year to an estimated 724,000t in February on the back of firm domestic demand.

ctive when we consider last year net profit. But when

Last year they had commenced shipping and chartering operations as a new division and added 10 cr profit to the bottom line. 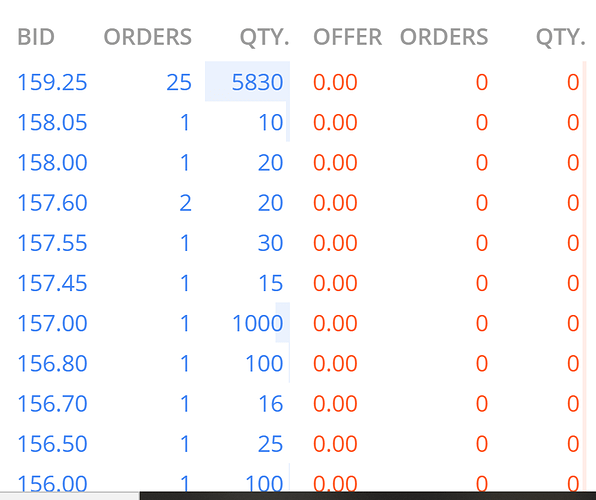 Hope someone can help with their perspective/experience. In Zerodha market depth for this scrip, why am i not seeing any offers ? is this a glitch ? i dont understand how they are reporting volume of 19K while not showing any offers ! can someone throw some light on this if they have prior experience ?

It’s in upper circuit. No sellers.

Hit UC again today. not sure how to interpret such actions taking place. Again why is just a 5% up move triggering UC ? thought it takes more drastic moves.

Circuit limits can change, decided by the exchange, if too much move, then circuit is usually made smaller, progressively.

Also, superficially this looks like a pretty decent biz, depending a lot on new shipping operations scale-up which I cannot comment on.

But, this looks like a manipulated/operator-driven stock, it gained 5x between aug-2016 from ~140 and apr-2017 to ~740, just 9 months, without any significant biz improvement. Now it trades ~160, such a tremendous humpty-dumpty ride. I have reservations.

Historic price (since 2007) is close to the current mark, which seems quite impossible. 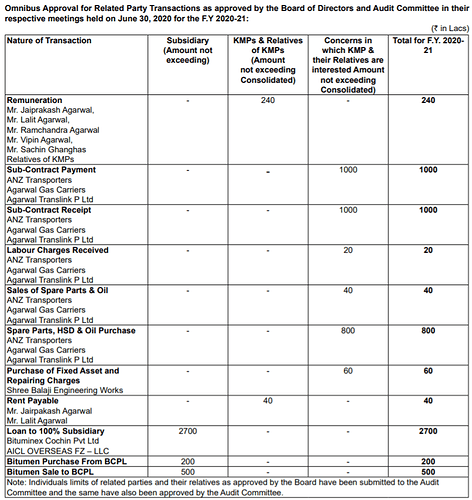 The company has a history of doing transactions with unlisted companies in which the KMPs are involved. Although this is very common in smaller companies, is a red flag. Also, one can look at the standalone and consolidated top and bottom line as well. Not sure if I am missing something.