That’s sounds good. I was hoping to do it online. If someone is using HDFC please share the process how to do it.

Edit : Called HDFC helpline and found out that they will start showing the option from tomorrow on the demay account. Customer care advised that I can put an order by navigating to OFS menu option after 10 AM.

Highlights of the Q2 concall:
OPM improved by 170 basis points q-o-q, driven by 50 bps gain on account of favourable Forex and 120 bps savings in operating cost and SG&A efficiencies.
Strong, broadbased client metrics this quarter demonstrates increasing success with newer customers.
Large deal wins this quarter, a good pipeline, and bottoming out of the Retail sector softness positions it well.

TCS continues to gain share in the fast growing Digital spend of customers, evident in its industry-leading Digital growth in Q2.
Digital business grew 5.9% qoq, accounting for 19.7% of revenue. The traction on TTM basis at 26% is at par with previous year’s growth rate.
TCS is confident of sustaining the momentum as it has the largest Digital workforce of 2 lakh+ and broad set of competencies.
The fear of ‘Fintech’ has receded among BFS clients. BFS clients have completed one wave of digital investments and are evaluating digital investment options for the journey ahead.

Except Retail and CMI, all industry verticals grew above the company average, led by Travel & Hospitality (up 8% qoq), Energy & Utilities (up 7.2% qoq) and Life Sciences & Healthcare (up 3.6% qoq).
On a y-o-y basis, all industry verticals – with the exception of BFSI and Retail – grew above 9.5%.
The reorganized service lines successfully completed their transition in Q2, and are experiencing strong demand in their respective domains.
Geographically, growth was led by Europe which grew 5.3% qoq, Latin America (up 5.7% qoq), APAC (up 3% qoq) and UK (up 2.5% qoq).
North America grew 1.4% qoq with continued softness in Banking and Retail.
Newly launched strategic offerings which combine consulting and multiple service lines saw more than 10 major wins in Q2 across Enterprise Agility, M&A, Global Shared Services, Supply Chain and Front Office Customer Experience Transformations.

The company is close to announcing a $50 million kind of deal in the IoT space. It is getting into deals that are substantial.

TCS won 11 large deals, including 5 in North America, 3 in APAC, 2 in Continental Europe and 1 in the UK.
TCS added 1 client in USD 100 million categories, 6 clients each in USD 50 million, USD 20 million and USD 10 million bands and 28 clients in USD 1 million categories
Total employee strength at the end of Q2 stood at 389,213 on a consolidated basis, with gross addition of 15,868 employees and net addition of 3,404 employees during the quarter.

The company continues to enjoy best in class employee retention rates. The IT attrition rate (LTM) fell by 0.3% in Q2 to 11.3%, while the total attrition rate (including BPS) fell to 12.1%. 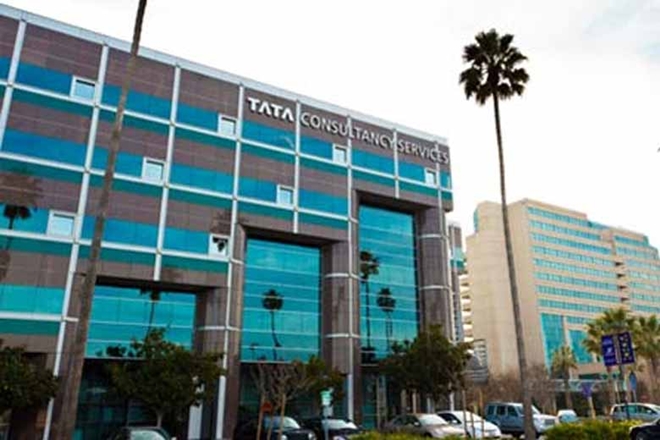 TCS has renewed its multi-year outsourcing deal with Nielsen for $2.25 billion, overriding the remaining four-year period of the existing $2.5 billion deal running up to 2020, and also extending the same by another five years to 2025.

Could this trigger revival for IT outsourcing?

What wise men do in the beginning, fools do in the end. Buyback is normally done, when the share prices are low, not when they are at all time highs.

Surprised to see not much interest in Indias largest market cap co which has given huge returns over the last year .

Any views on its prospects and vuyback which is closing on 21 September 2018.

MUMBAI (NewsRise) – The Indian rupee’s slide against the U.S. dollar since the beginning of the year may provide a boost to India’s software exporters such as Tata Consultancy Services and Infosys after a bleak period of growth slowdown.

The rupee has lost as much as 14% since January, hurt by rising crude oil price and a sell-off in emerging markets, turning the currency into Asia’s worst-performing currency. It touched a record low of 72.92 rupees to a dollar on Wednesday, before rebounding on Friday, amid hopes of government intervention through fiscal and monetary steps.

The slump in the rupee has prompted many analysts to upgrade their earnings estimates for the sector, even as they expect the impact to vary across companies based on their hedging strategies.

Kotak Institutional Equities revised its earnings targets for fiscal years 2019 through 2021 by up to 7%. It assumes the value of rupee to be between 70 and 72, compared with its previous assumption of 68.50 and 70.

According to the brokerage, top Indian outsourcing companies such as Tata Consultancy and Infosys that don’t have meaningful cash flow hedges are likely to benefit immediately from the rupee depreciation. However, for third-largest Wipro, with massive currency hedges, the gains may be limited.

For top Indian outsourcing companies, a 1% fall in the value of rupee against the dollar is likely to lead to a 1% to 1.5% improvement in earnings.

According to Kotak, Infosys’ cash flow hedges are a “miniscule” $300 million. While TCS hedges a large chunk of its cash flows, it does it through options, which means the software exporter is most likely to realize the benefit of the weaker rupee.

The currency gains are a boon to India’s software exporters that have been reluctant to make investments in the face of slowing revenue growth in the last few years. The industry is struggling to accelerate the pace of adoption of new internet-based software which requires massive investments. It continues to rely heavily on stock IT services such as application development and business process outsourcing to drive growth.

India’s main software trade body, the National Association of Software Services Companies, expects the country’s software exports to grow 7% to 9% this fiscal year, a far cry from the double-digit growth in the heady days of last decade.

UBS expects Infosys, along with Tata Consultancy, to use the gains in currency depreciation to accelerate investments.

Infosys and TCS stand out from their competitors in terms of the willingness to invest more in client-facing activities and employee reskilling, UBS said in a note last week. “We view (this) positively when compared to companies that are trying to improve or retain operating margins in fiscal year 2020.”

Shares of Tata Consultancy gained 1%, while that of Infosys lost 1% in Mumbai trading on Friday. Wipro shares gained 0.5%, while the benchmark S&P BSE Sensex closed 1% up. 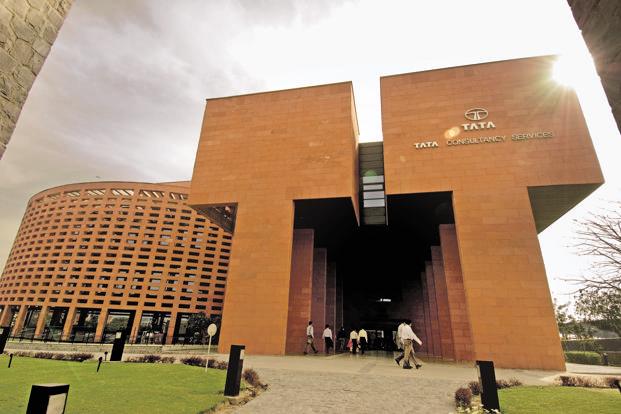 TCS today announced the acquisition of BridgePoint Group, a US management consulting firm catering to the financial services industry, and specializing in retirement services, through the purchase of select company assets 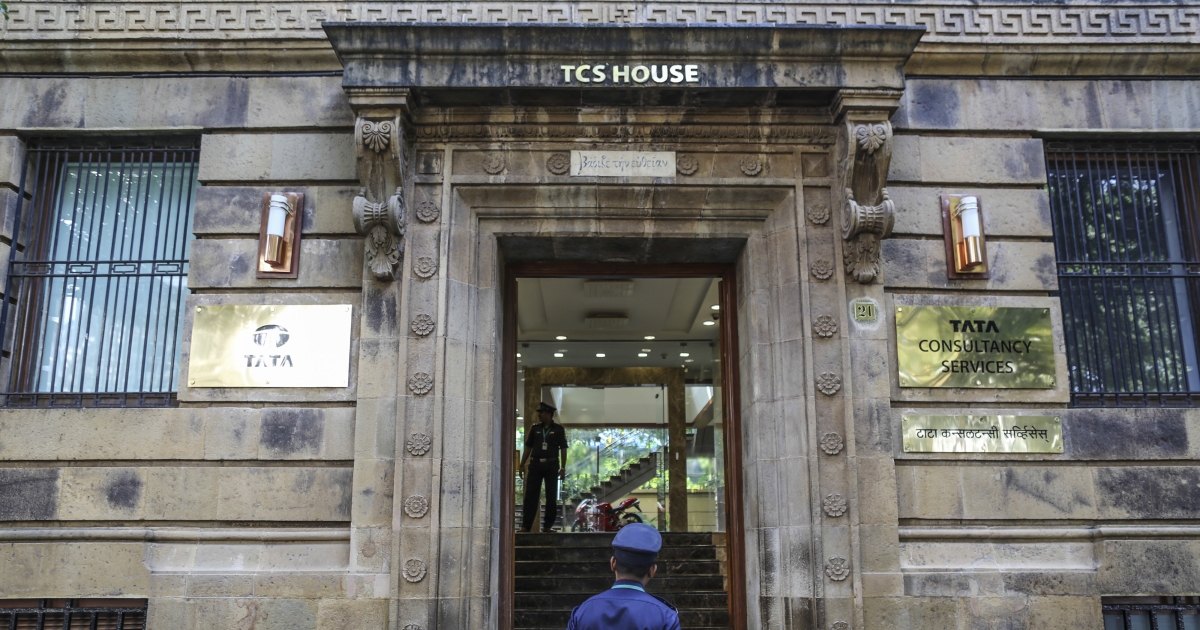 The verdict is a major victory for the Indian outsourcing industry.

Can someone share recent brokerage reports of TCS to get an understanding of its current valuation and expected return forecast from current levels.

As anticipated after Budget changes, Large Buybacks may become a thing of past.

Market leader TCS in Oct 2019 opted for spl dividend of Rs. 40 per share which translates to 15000 crore thus favoring the Dividend route over Buyback route. 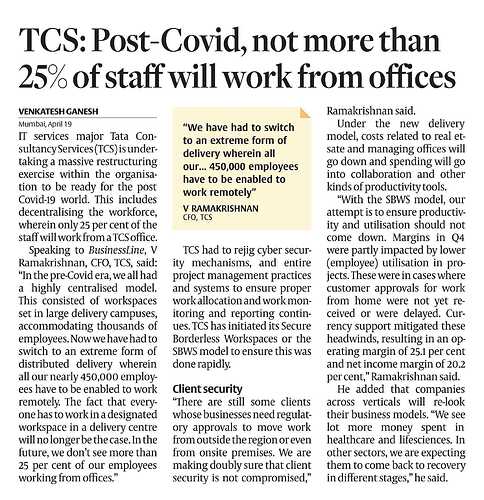 Fantastic interview on ET by TCS ceo.
I like the most is “Double digit growth is something TCS is 100% going for”

Coming from an non IT background, is there a moat within IT companies that makes one company a safer bet over the other? From what I have seen so far, almost all IT companies seems to be in same sectors? What makes one better over other from an invst perspective? Any thoughts.

I think if you compare the businesses of different IT companies on key parameters like ROE, ROCE, Growth and the overall consistency of earnings, stability of top management over long periods of time you will be able to separate the Wheat from the Chaff.
Another important factor will be training and retraining their work force, based on the latest tech trends and comparing attrition levels across the industry. For companies like TCS, Infosys, Wipro I would say this a key competitive advantage, as reskilling their humongous work force, every few years is not an easy task as compared to smaller companies.

​I believe you are referring to IT service companies; the world of TCS and Infy. As per my opinion there is no visible moat or you may say they all do most work identically. The work TCS can do is possible by Infy and HCL as well. There may be slight operational or size moat hence TCS able to earn the highest EBIT margin. If you drive deep - say Tech Mahindra has more client in telecom sector, that types of slight differenciation is there (Not significant).

Said so ​the ​moat is "India’’ for them. We have built thousands of engineering colleges which produce IT workforces - cheap and reliable.

Going forward for a couple of years (as per my opinion) the company will have marginal moats which are able to attract and retain human resources. The requirement of IT manpower is ​going up (I run an IT company and started facing challenges in recruitment). Large cap IT may have an upper hand than mid cap IT companies in the near future.

@Deven Thanks for the insights.

As you run an IT company yourself - would you have any estimates of the longetivity of the growth story in IT?

I know these are questions with largesse, but just trying to get an industry viewpoint to support the investment thesis.

As you run an IT company yourself - would you have any estimates of the longetivity of the growth story in IT?

I think the answer lies in your question…and I myself learnt it hard way. I consider one of my biggest investing mistake to not invest in IT over last decade and a half (which I corrected to some extent over last year or so) when I had been so close to IT…the reason being that I looked at them as IT or rather IT services with low end jobs etc. It is only during what I saw in last 3-4 years, that made me realign these companies as “technology”… although IT in itself means “Information Technology” but we tend to look at newer tech as non IT and more “digital” which is not ideal way of looking at things…
In short, technology or IT or digital is as essential as grains and pulses. People may stop eating one type of grain and move to another in due course ( Jowra to refined wheat and now back to organic Jowra…but they always need grains)…so as far as these companies keep reinventing themselves like how they wonderfully did in last 5 years…runway is unlimited…

Those are mature, service oriented, manpower driven businesses. They will continue as far as businesses need technology to function their task. E.g. Bank need technology to perform most of their tasks, I don’t think that there will be any changes in the foreseeable future. Indian Tech companies serving most fortune 500 companies. Just to give you perspective Apple has 1.5 Lakhs employee vs 5 Lakhs of TCS.

Technology is always evolving, so those companies. They started with software development, maintenance and services - now their major revenue comes from digitisation, cloud and new Tech. In future they may draw most businesses from Data analytics, Machine learning or AI etc.

The only risk is manpower in India becoming costly – in such scenarios they will shift their base to say other countries like Philippines etc. Such company level risk is easily mitigated.

Current surge in manpower is temporarily to match increasing demand. Demand increases, you can observe around you – Just one example - I am surprised that educational institutes (considered as laggards in tech usages) are forced to use sophisticated tools to conduct online exams. Similarly large companies globally need to use technology for tasks they are doing offline till date.

Like manpower – cost saving due to work from home may not be permanent for most companies, mostly they use hybrid models, but as per my view that do not have significant long term effects.

And lastly TCS market cap is higher than the whole pharma pack and so its revenue and profit. Long term investors who want a consistent compounder should not ignore the IT sector.