January 07, 2009: Morning before market hours Ramalinga Raju resigned and confessed in front largest democracy of world, admitted to financial irregularities to the tune of 7000 plus crores. It was stunning enough to send markets packing even, horror encircle investors when Ken Lay of Enron was in a similar state with a companion Arthur Andersen. This time it was PwC the statutory auditor of company. I was at Manyata tech park, the first thing we discussed is something like this, ‘ guys time again to get brickbats, accountants are back in bunkers again.’ The case was handed over to CBI, independent forensic investigation was carried out by KPMG with a revamped board of directors.

Obviously, we are more interested here to know what happened? But before that few housekeeping to keep us in same tempo:

Fair, the major events then in Satyam as unfolded:

This doesn’t tell actual story anyway, rather a glance of over all events. We need to know what exactly happened in board, financials, operation etc. Before that something important:
What is fraud? A deception or misrepresentation that an individual or entity makes knowing that misrepresentation could result unauthorised benefit to entity or some other party. ACFE definition. Raju started with 20 employees received Entrepreneur of year award from EY in 2007. In 2008 World Council of Corporate Governance awarded leader in accountability, just before 5 months of massive fraud.

Now the point by point what I learnt and gathered, something may be missing from my understanding. You may add them here:

Raju’s exact confession decoding: Faked figures to the extent of 5040 Crore non-existent cash and bank balances against 5361 crore in books, accrued interest 376 Crore (non existent), understated liability 1230 Crore, overstated debtors by 490 Crore. Revenue was inflated from 2119 Cr to 2700 Cr on that year, margin were jacked up to 649 Cr from actual of 61 Cr.

Now bit of non-accounting and statements by CBI etc:

There are few more points, let me see if I can collate them. Some point of time lets discuss about mother of all frauds i.e. Enron.

Much needed awareness thread. So, to verify the solvency, financial health and the most important creative accounting, I use valueresearchonline.com. I hope many would be aware of this portal. However this is to add to the folks who don’t know this.

The Altman Z-score
The Altman Z-score is a widely used measure that applies an algorithm that has been found to have useful predictive value on the likelihood of a business going bankrupt. Keep in mind that this is a likelihood and not a prediction. From a company’s financials, it may look likely that bankruptcy looms, but the management may well succeed in improving matters. For more details you can read on here, they’ve explained in detail.

Modified C-score
Modified’s C-score is a most interesting measure, and as some investors would say, a most crucial one in India. It gives a likelihood that a company has been dressing its books. When their operational parameters worsen, and the stress starts showing in the financial numbers, a lot of businesses try to be a little creative with their accounts so that investors don’t take to their heels.What we have here is a probabilistic score that measures a company’s resemblance to other companies where the accounting has been creative. The higher the C-score, the higher is the probability that something is suspect. More on the Modified C-score. 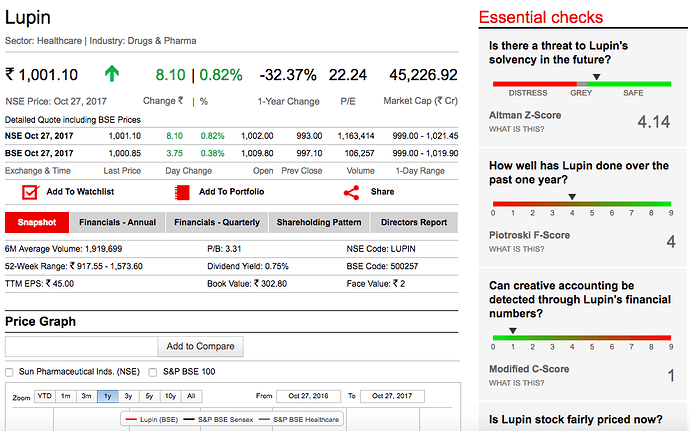 there is never one cockroach in kitchen

Brilliant statement to discussion here. In fact I was reading something last week by Richard Thaler. He says cockroaches are classic crowd like you have mentioned. But their productivity is far superior when they work in group. When they are alone they just become idle. Would that mean manipulators have to work together to make more manipulation.

But Noida Toll bridge was giving huge dividend payout of 50-70% for 5 consecutive years before judgement went against them. So return of money existed. Even PPFAS mutual fund was holding significant stake till judgement. Do you view NTBCL case as management scam/fraud ?

Also please brief on how to use youtube in evaluating management quality?

Return of money is more important than return on money (read somewhere)
Dr. Vijay Malik in his blog wrote on how to evaluate the mgmt through simple methods like google search + youtube (+ valuepickr)
It has helped me to avoid stocks like shilpi cable, lycos, noida toll bridge.

noida toll was not mgmt scam.
when i did youtube search, i landed on below link. Also I know it was very painful for commuters to bear the toll. I belong to Mumbai, and the tolls in Mumbai are really painful as the price is high (Rs.35 per visit / Rs.1000 per month) considering it is used for daily commute to office and people have been paying for these tolls daily / monthly basis for many decades.

In other developed countries, toll can be v good investment for reasons

I would say what happened to noida toll bridge was unfair to the company.In india profit is still a dirty word.

I don’t think profit per se is a bad word. It’s when companies try to squeeze profits from products/services that are deemed to be positive rights by people that fierce opposition is provided.
Example - Electricity, Water supply, Roads
Hence, in such companies there isn’t much scope for margin expansion. The moment companies decide to raise tariffs vehement resistance will be provided by the people which will later lead to government intervention. That’s probably the reason why utility companies are seldom good investment opportunities, at least in India.
I wouldn’t blame the people either. For years, cost of survival has outrun salary growth. It’s indeed a delicate situation.

I do not know of any place in the world where toll bridges have been subjected to this kind of regulation.A deal is a deal and must be honored.Once the contract has been signed you cannot say that capitalism and market forces should be suspended for social reasons.

I completely agree with you. Honoring contracts is fundamental to a healthy business environment. But, as unfortunate as it is, to garner brownie points, politicians exert their influence and make unreasonable demands. Demands that may be anti business but pro people.

Having worked in this sector , my experience is Noida toll was one of initial experiments in PPP mode and concession agreements went through lot of changes post that to balance stakeholders risk. For example, there are specific clauses to protect BOT owner if traffic is much lower by giving extra years but if it goes too high (with specifications ) then a way to check super extra profits . The key idea is to ve a healthy stakeholder ecosystem considering the social theme. May be court realized this is one of initial cases and can’t go by what was drafted long back (I ve never gone through its concession agreement). However, political uncertainty remains a risk in road sector from 3 angles - construction, execution and maintenance . One must read about Kolhapur and fate of BOT there to get a sense of political concentration risk. The most wierd thing I think is to list one road asset as a company. Companies maintain a pack of road projects distributed by BOT,EPC,HAM by geography , by client State vs nhai n in many different ways just to balance portfolio risk but may be those were initial days when company got listed. 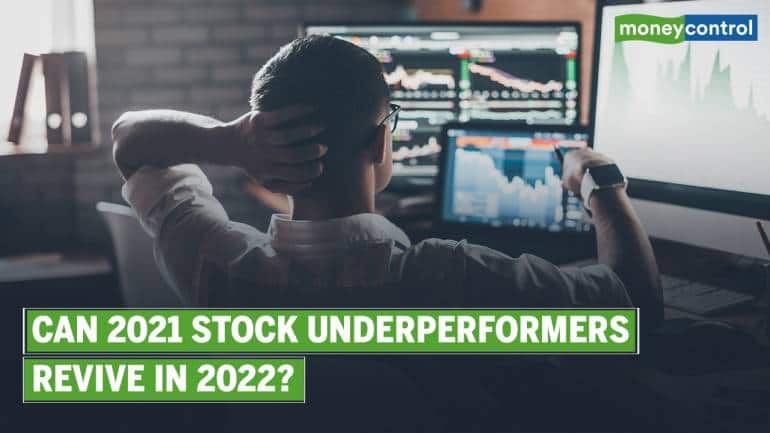 These Stocks Turned Wealth Destroyers In 2021; What Should Investors Expect...

The year 2021 saw Indian indices zoom to record highs and multiply investor wealth manifold. 77 percent of the companies on the BSE 500 index generated positive results for the investors. However, the remaining 23 percent gained the dubious...