Rapicut Carbide Ltd is located in Ankleshwar, Gujarat for manufacturing of Tugstan carbide tips, Inserts & other Carbide products from ore stage. It is a play on the pick up in the mining sector & the economy in general. With the Govt. lifting curbs on mining operations & granting several fresh leases, the mining activities in the country are bound to pick up leading to greater demand for the Co.'s products. The Govt. ordinance factories too have been directed to purchase 30 to 40 % of their requirements locally & this again bodes well for the Co.

After a prolonged sluggish period, Q4 of 15-16 saw the beginnings of a pick up in demand. The growth momentum is slowly gaining traction in the first half of the current year & the Co. should end the current year 16-17 with a top line of about 45 Crs with doubling of its net profit in the current year. It has received an order from Neyveli Lignite for 7.5 Crs which has to be executed fully in the current year. A boost to the earnings could come from a new project to be commissioned towards the latter part of the current year for manufacture of Indexable Inserts / Cutting Tools, which are higher margin products. The new project has largely been funded by internal accruals. The investment thesis is based on the improving mining scenario coupled with the higher margin products to be launched shortly.

The risks to the investment thesis could come in the form of a slower than expected pick up in mining, but the last three qtrs as shown in the table given below, show that the pick up is for real. Delay in the launch of Indexable Inserts n Cutting Tools could be another risk, though the mgt in the latest Annual Report has indicated that the machinery n equipment should be installed n commissioned by October 2016 & commercial production is expected to start by Jan 2017. Disc: I hold the stock & am looking to add as the story unfolds.

Looks like an interesting story. Any information on the size of the market for its products, competitors and the quality of products as well as management?

Thank you for posting this writeup. Had a couple of questions:

I am seeing that the promoter holding is very less (37% only). If the story is good then they could have increased the share holding…

As I am more of a bottom up stock picker, I am afraid I do not have too many insights on the sector as a whole. Would welcome a more broad based discussion on this forum about other players in the field. As mentioned earlier, the prospects of the Co. are dependent on the revival of the mining sector, which has been stagnating over the last few years.

While the stock may have run up in the last few months, we have to take a call on whether there is potential at the current market price & accordingly take a call. I re-discovered the stock only in September & my holdings are pretty much around the current price.

For a micro cap stock, I do not look too far into the past, as digging out info can be quite a task, & I am not sure if the benefits thereon are commensurate with the efforts required, though I am not saying that it is not useful. Similarly, looking ahead, one has to take such stories one or two quarters at a time & see if they are getting better or not & accordingly add to our positions or otherwise. At least that’s the way, I play this game!

Reasons for today’s surge?
any idea?

Today most of the illiquid micro cap stocks went up anywhere between 5-20 %.

It is a play on the pick up in the mining sector & the economy in general. With the Govt. lifting curbs on mining operations & granting several fresh leases, the mining activities in the country are bound to pick up leading to greater demand for the Co.'s products

Sir is there any publicly available information about boom in mining space in coming future… Or any other info?
As if this happens, with time there will be huge demand for mining equipments.

Grindwell Norton is a competetor and listed player.

Rapicut came out with a decent set of numbers for the December qtr., with growth gradually picking up momentum. The mining sector suddenly seems to be catching the fancy of invstors & this is perhaps getting reflected in the share price.

Further growth with margin expansion should come in once the new plant for the manufacture of indexable inserts & cutting tools goes on stream, hopefully in the current quarter itself.

1 Expansion: Not sure what quantum is it. Does it 2x its current capacity?
2.Understand that the capacity is ready but no commercial production as yet.
3. 2015-16 AR talks about increase of Indian intake by Ordnance Board from 30% to 40% but guess that is the Powder component (an intermediary to Rapicut) finished goods. That is new biz area for Rapicut (with their new capex program?) do not think they sell anything to Defence as yet.
4. Most biz under tender process
5. New mining leases under development stage gets them to take a shy at market size.
6. Previous cycle biz/infra upturn showed improved performance - will this cycle show the same?

This is a bet on both defense and mining biz. Promoter on selling spree.
The question are why selling holding when
Selling is happening since the stock hit high
Business outlook looks positive ,Capex on stage of completion
Promoter holding is not so high (38 %) or something as Dec 2016

@RajeevJ Since you are invested, Do you have any idea on this?

Company’s 2Q does not seem very impressive but their has been some improvements in the margins.
Sales de-growth is about 17% (is it due to new reporting? I have not been able to know from the notes)

there is some margin improvement compared to previous year; maybe due to price revisions - the sales has degrown but margin is protected. Company has highlighted in the AR regarding RM price pressures.

D&A has increased shows improved asset utilization, (or does it not?). Improvement in finance cost is a plus…

Some points I will like to understand from senior members/investors:

DO WE HAVE ANY LISTED COMPARABLE?

@RajeevJ Sir, will like to know your thoughts too, as perhaps you have better deep-dived into this opportunity

Thanks
Amil
Invested 3% of portfolio within last 1 month The Company has been acquired by Abhishek Gami from Surat, who is also the promoter of United Wolfram, which is already dealing in tugsten & cobalt powder. The new promoters have acquired 27.77% from the erstwhile promoters, triggering an open offer. 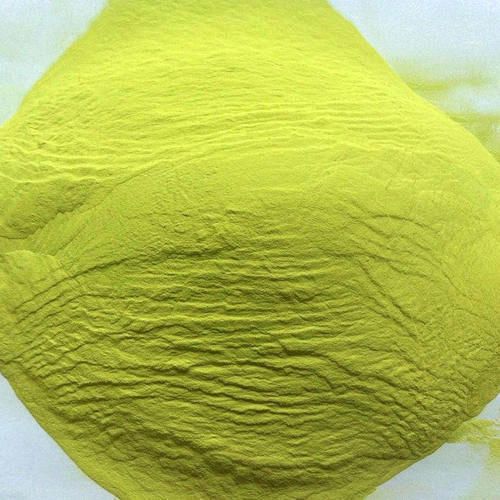 Hello rajeev sir how would you see this deal for company?

@SOHAN
The earlier mgt. was clearly struggling to grow the business. As a result the share has been languishing for quite some time. The new mgt. stepping in with hopefully fresh ideas & adding to their stake through the open offer is certainly good news. That said, acquisitions historically have, more often than not, been over priced so I would also suggest caution. It’s always wise to take a limited position & wait for the story to unfold, & if it unfolds well, you can always add to your position.