Being a Keralite prompts me to post my pov on political ambitions of the promoter.

He might be interested in politics only for smooth functioning of his factory. “Twenty twenty” contested only in local elections and they might not want to be a threat to political parties of the state as pointed out here. Having factory in a laborer friendly state made him think differently and I would give full marks to him on that.

yes . the rationale and the background of his entry into politics - very specifically taking over this particular panchayat was only for eliminating the vicious political elements that was a hurdle almost always . Sabu had mentioned this a few times in interviews and public forums…and the social work that he does in that area only will help the smooth functioning of Kitex …

d they might not want to be a threat to political parties of the state as pointed out here. Having factory in a laborer friendly state made him think differently and I would give full marks to him on that.

Hi Can you please check with local contacts if he has indeed spent 12 cr per year in the Community. I am told he also donates money from his salary in social causes. can you some one check in the community or some has relatives in the factory.

I have gone through three year statements - Only TUFS money which is pending with govt is little dicey (atleast i dont understand why it has been pending and they never get money back). 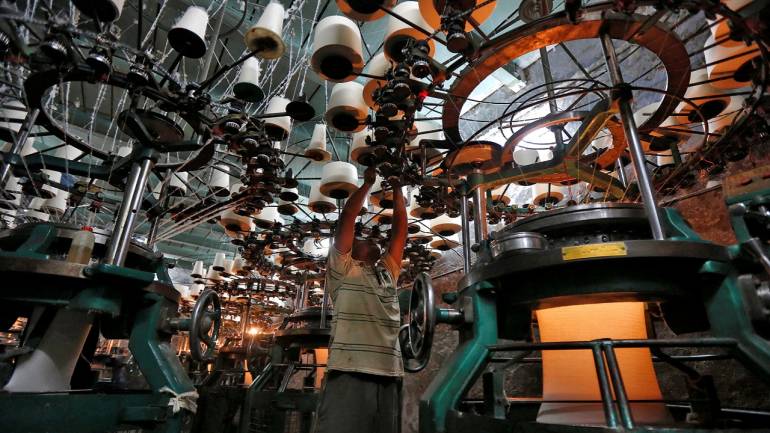 Kitex Garments to set up apparel manufacturing unit in Odisha

This was the 300th investment proposal which came through GO-SWIFT, which was launched in November 2017 by Chief Minister Naveen Patnaik, officials said.

Wow. It just beats business logic to spend CSR so much in excess of what is allowed to be tax deductible. If these are asset creating projects like housing or roads then they may have as well been in the books of the firm as assets…which can be tax deductible as depreciation and create value to shareholders who are funding this.

Maybe there is some logic but it sure beats me.

if you have not read it already

DISC:exited with loss long back. Single reason to exit is company was stashing the cash abroad and not getting into India. The time which they kept money outside India was exceeding legally allowed limit. Which only means there is no cash abroad.

Thanks here are few questions i have and then you can see what you would like to ask. Bottom line is basically to understand if he is crook ( as various blogs and news articles are suggesting ). You will get some sense when he answers.

I had asked for conf call for sharehoders who cannot join AGM but they are not ok with telecon during AGM.

here is link for case presented in Moneycontrol

A multi-bagger stock which was darling of famous investors has fallen 85% from its peak in 3 years time. What is the reason behind such a drastic fall?

I think this possibility - use KCL to divide the assets, sales, P/L etc to benefit KGL - was always there even when KGL was performing well. Please refer my earlier post - Kitex Garments Limited
The only circumstance this does not matter or arise is only when business is so good that it overflows with great ratios in both KGL and KCL.

So, inspite of all apprehensions, I chose to view Kitex as a single entity - KGL+KCL (it may or may not be the correct way). The figures looks like this:

What I make of this is the entity KGL+KCL combined is not able to increase sales, and the margin is shrinking - either because the clients are pushing them back and paying less or manufacturing costs going higher.

If the sales go up as it was earlier, these things will again go back in oblivion. So the primary question I am asking (to Kitex and myself) is why is the sales not going up - are they not able to find new clients and why? are the existing clients not increasing their orders?..etc.

Thank you Shikhar, this is a great help.

From my side, I dont believe we are going to get any genuine or satisfactory answers from them about the various questions being raised now. The primary question I want to get answers are:

Can the stagnant sales be because of capacity limit at KGL+KCL existing unit in Kerala? I dont remember reading this anywhere, nor heard it from the management.
If there was a capacity exapansion limit, the new unit/expansion must have been planned years ago. Sales is flat since last 3 years.

If there are no proper replies from the management, and hence this stock gets a bad name in the markets, I wouldn’t be surprised if in the medium term, the company loses business BECAUSE of the corporate governance issues. Customers might avoid buying from a problematic entity. Possibility of a vicious cycle for stockholders.

Just one question from me - What is the action plan on hiring a qualified CFO?

He has said somewhere that to achieve 1000 crore revenues (which was doubling ) they dont need major capex. I think we was planning to use automation (robotics ) when he made this comment which would have meant increasing productivity and volumes with less employees. This experiment failed ( he was using US start up for sewing) and so now he needs to go for expansion.

Combining KGL and KCL together is right way to look as Sabu always talks assuming these are one company. even rating agencies use them as combined entity. He should combine these together now . He also comes on TV and news paper gives data on combined entity .

Money control article is badly researched , i dont understand how they allow guys who have done very superficial analysis to post anything and also Amit Mantri is wrong Kitex doesn’t have any unusual margins or they have same 23 % ( add processing charges ) operating margins ( SP apparrels have same and carter which is wholesale as 23 % sitting in US ). So there are no red flags on margin fronts . ROCE and ROE is higher as some of assets are in KCL name.

on US subsidiary as per law it is now required to be audited so whats the problem.

There are issues of cross leverage but Sabu as he has said has always helped KGL then KCL.

Only red flag was cash and then TUFS susidy ( not yet proved as fraud ) and people have put 2 plus 2 together as 222.

That makes sense about the capacity.

So is the stagnant sales really because of capacity constraint? looks likely. If that is the case, that is a clear shabby planning, when you look to double from 500Cr to 1000Cr.