Kitex delivered better than expected result. EBITDA is 34.33% highest ever, not even Page has achieved (currently below 20%).

When asked on interview whether it can sustain high EBITDA, here is what Sabu Jacob said

Sabu M Jacob: Actually, our overall performance has gone up. Our efficiency has improved. We have restricted wastages well. We have taken many steps to improve our margins. In addition, we are now negotiating better with our buyers.

For cotton it is the global situation that matters. It is not really going to affect our margins. May be, we will get its benefit in the short run.

We will shortly be adding more clients. It is already in the sampling stage. We may add one more client probably in the first quarter.
)-----

Having guided 2000cr for the merged entity. The benefits of this will accrue not only to Kitex Garments. Hence, it will depend a lot on the merger ratio between Garmetns and Childrenswear and how it will benefit Garments shareholders. I know EY is presently working on this merger and supposed to come with a recommendation by March 2015. Anybody else information to add on how the merger will add value?

Caution here : Managment has not always walked the talk, you can go through last five years AR to verify that

Thats because of the sipd issue and delayed expansion , now that expansion is in full swing and prominent investors like sanjay bakshi are boarding corporate governance practices will improve

I found it very strange when the MD said that the money lying in EFC account has not been converted into rupees or has not been put into any other interest bearing instrument as they expect the Dollar to appreciate and wish to convert once Dollar appreciates.

Ialways find it weird when the managementintentionally tries to makesome gainsbecause of forex movements or risky treasury income. It becomes a bit irritating to hear such a reply when one is a shareholder of that company.

Doesanybody has aview on the same?

I found it very strange when the MD said that the money lying in EFC account has not been converted into rupees or has not been put into any other interest bearing instrument as they expect the Dollar to appreciate and wish to convert once Dollar appreciates.

find it weird when the of forex movements or risky treasury income. It becomes a bit irritating to hear such a reply when one is a shareholder of that company.

@HR very disappointed to see the attitude. I don’t believe much in this kind of un-hedged strategies. What happens, if suddenly INR appreciates a bit and goes against the wind in the short run.

I am also disappointed by the performance of the stock. I got here late and I see it giving up the gains too quickly, even when when the market rocks

This is plain currency speculation. How much is the amount involved? This is sort of stupid behaviour which led to blow up of many mid-caps’ balance sheets during the last crisis. They should have transferred to India and invested in mutual fund if they really want to get higher returns.

However, it could be ignored if the amount is too small to matter.

Kitex result was not bad,in fact it was a good result with superb margin.But what is interesting is the management commentary on sustanance of margin.They seem to have improved internal efficiencies and thus better margin.

Everyone comparing Kitex with Page,but don’t expect every year 20-25 % top line growth from Kitex .There will be a period of consolidation after every expansion.

I expect 10-12 % of top line growth for next year and zero growth for FY 17,hope they can complete the next round expansion by FY 17, then FY 18 should be a bumper year.

How market reacts to these scenario is a thing to watch,any correction will be an opportunity for long term investors.

In case KGL and KCL merger happens, how will it benefit KGL share holders?

To increase the Authorised share capital of the Company from Rs. 5.00 Crores To Rs. 25.00 crores for issue of further shares

Can some one please explain. Does this mean they are going to dilute equity?

Today share price quoting at 786, price shot up by 18% in one day. is there any reason for this spike?

Stock is up by more than 40% in 3 days. Its due to the strong q4 result and better forecast for next 2-3 years. 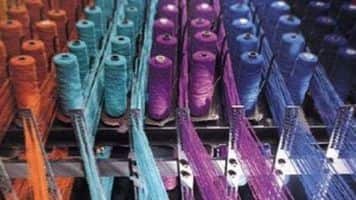 Brokerage house Motilal Oswal is bullish on Kitex Garments and has recommended buy rating on the stock with a target price of Rs 850 in its research report dated April 06, 2015.

Pl refer Sunil comments on increase in Authorised share capital from Rs 5 Cr to Rs 25 Cr. Will there be any rights issue? how will impact the share price going forward?

Did someone attend the results conference call. If yes can you post the takeaways here please.

The key takeaways from the concall were as follows

Overall, there were lot of positive vibes from the call. If the promises are met, Kitex will keep rocking.

Kochi-based Kitex Garments and Andhra Pradesh-based Redox Pharmaceuticals and Jagruti Foundation have recruited a total of 1,000 candidates on the initial day of the drive aimed at generating more employment opportunities in the country.

The selected persons will be provided placements at different units of the companies after imparting 3 to 12 months training in various skills. Post training, the company will accommodate the candidates with full salary adhering to the Central Governmentas labour laws. During the training period, the government will provide food, accommodation and transportation free of cost to the selected youths. According to DDU-GKY state coordinator Abdul Azad, despite 2,575 vacancies only 1,000 candidates were eligible to be recruited on Monday.

aMore aspirants are expected to get jobs in the selection drive to be held in the coming days,a he said.

Kudumbashree is the state recruiting and monitoring agency of the project being implemented jointly by the Union Ministry of Rural Development and the state government. aAltogether 30 companies have been enrolled under the DDU-GKY so far. The recruitment will be held at various districts in the coming days. In Alappuzha alone, more than 6,300 candidates have been registered,a Azad said. While Kitex will commence the training programme for the selected candidates in Ernakulam from May first week…