Resources on Valuation - a Thread.
The purpose of this thread is to share helpful articles, notes, and presentations on the topic of valuation. Thanks to all those that have shared these resources with me!"

Druckenmiller: “If you’re early in your career and they give you a choice between a great mentor or higher pay, take the mentor every time. It’s not even close. Don’t even think about leaving that mentor until your learning curve peaks." 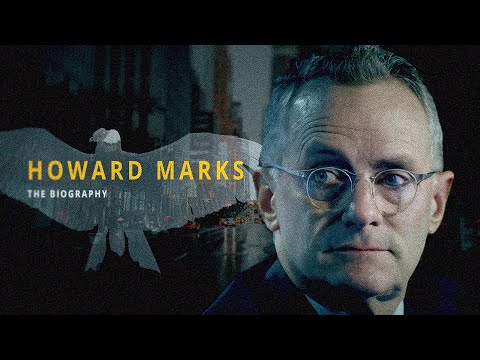 A treasure trove of crucial frameworks for analysis and decision-making by @mjmauboussin. This is by far the best and most meaningful content for any investor or business professional/CXO etc. The material covers a vast range of issues from capital allocation to ESOP, the role of luck and skill in life and business, decision-making to M&A, and everything in between. This is very well explained in step by step manner with links to more nuanced material for deep dives.

In Venture Investing the upside is nearly limitless. I mean, it’s what Nassim Taleb calls convex tinkering, right? It’s the perfect example of that. You take many small, relatively small positions, and any one of them can become very, very large. But you also learn a lot from the things that don’t work. You know, sometimes you learn a lot more from that than you learn from the ones that do succeed.

del.icio.us was an early Web 2.0 darling, Joshua Schachter had started. He was working at Morgan Stanley actually full time. He had started this as a side project. And it was kind of this idea that you would share your bookmarks with others, because bookmarks were kind of an indication of something that was actually interesting on the Internet. And Joshua added tags to that, and so you could browse things by tags.

﻿﻿﻿     The transcript from this week’s, MiB: Albert Wenger, Union Square Ventures, is below. You can stream and download our full conversation, including the podcast extras on iTunes, Spotify, Stitcher, Google, Bloomberg, and Acast. All of...

WSJ - Where You Can Find Stock-Market Bargains
By Jason Zweig

Europe is at war. China is floundering. Japan is aging. Emerging markets are suffering. Could there be a better time for a contrarian bet on international stocks?

Enterprising investors—those who are willing to put time and effort into diverging from the crowd—should always be thinking about where the potential for surprise is the greatest.

The obvious negatives are already priced in: a prolonged war in Ukraine, an acute energy crisis and raging inflation, a brutal recession, floundering currencies. With pessimism this pervasive, it wouldn’t take many positive surprises to overturn the obvious—and make global diversification lucrative again. 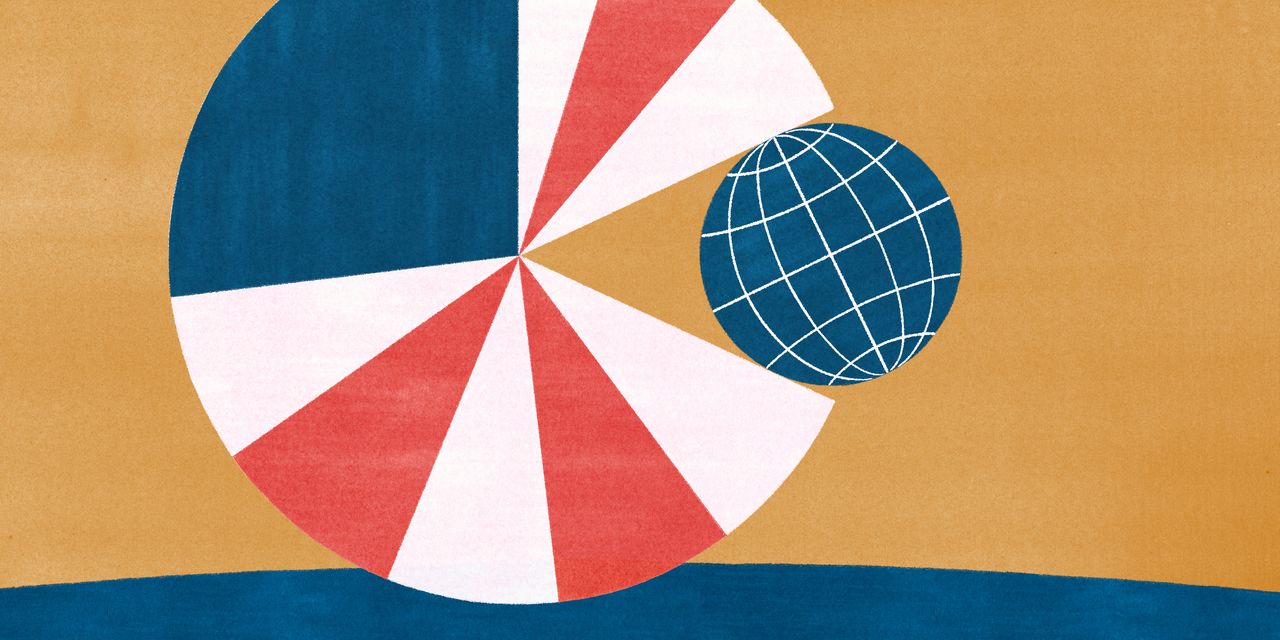 Where You Can Find Stock-Market Bargains

Europe is at war. China is floundering. Japan is aging. Emerging markets are suffering. Could there be a better time for a contrarian bet on international stocks?

“When I look back at the bull market that we’ve had in financial assets really starting in 1982…all the factors that created that not only have stopped, they’ve reversed,” he said, referencing current de-globalization trends like the rift between the U.S. and China, along with a move toward increased government spending and more regulation since the 1980s.

Central banks are like “reformed smokers,” famed investor Stanley Druckenmiller says. “They’ve gone from printing a bunch of money, like driving a Porsche at 200 miles an hour, to not only taking the foot off the gas, but just slamming the brakes on.”

Druckenmiller also gave a caveat for investors when it comes to his pessimistic outlook, saying that this is the most difficult time in history to make economic forecasts and that he has a history of a “bearish bias” that he has had to work around his whole career.

Legendary investor Stanley Druckenmiller warns there is a “high probability”...

Central banks are like “reformed smokers,” famed investor Stanley Druckenmiller says. “They’ve gone from printing a bunch of money, like driving a Porsche at 200 miles an hour, to not only taking the foot off the gas, but just slamming the brakes...

Jeffrey Gundlach: The Period of Abundance Is Over
The Market

Jeffrey Gundlach, CEO of DoubleLine, worries that the Federal Reserve is overreacting in the fight against inflation. He expects a severe slowdown of the economy and says how investors can navigate today’s challenging market environment.

The market consensus thinks that the Fed is going to raise rates somewhat more, maybe even 125 or 150 basis points, and then, around six or seven months from now, the market expects that they mysteriously are going to start easing. Basically, the idea is that they are going to hike interest rates significantly more, and then they are going to drop them back down. To me, that’s a strange thing to predict because why bother with anything then? If you’re taking rates up and then back down, why bother taking them up? Why not just do nothing? It’s like a six-foot-tall man who’s in shape and weighs 185 pounds saying: «I’m going to put on 100 pounds this holiday season, and then I’ll take it off with a crash diet by Easter.» What’s the point of that? That’s not healthy, it’s very bad.

The large banks in Europe continue to perform very poorly. I see Credit Suisse is backing away from trying to be a Wall Street and United States titan. Their stock just seems to never go up. Deutsche Bank fared a little bit better, but interest rate suppression policies had made it impossible for European banks to make money. In the American economy, the weak links are producers and retailers of discretionary goods because the people don’t have the money to buy them.

Jeffrey Gundlach: «The Period of Abundance Is Over»

Jeffrey Gundlach, CEO of DoubleLine, worries that the Federal Reserve is overreacting in the fight against inflation. He expects a severe slowdown of the economy and says how investors can navigate today’s challenging market environment. A...

There is no more important proposition in economic theory than that, under competition, the rate of return on investment tends toward equality in all industries.

Investors often treat analysis of competitive advantage and valuation as separate tasks. But they should be done together.

“It is important to establish that the economic forces governing industry attractiveness…influence prices, quantities sold, costs, investments, and the riskiness of the industry. These variables, in turn, are the building blocks for the value driver determinants of shareholder value.” - Alfred Rappaport, Creating Shareholder Value

A study of market share is useful because it can provide insight into entry and exit dynamics and industry stability. How a firm gains or loses market share can shed light on the distinction between more traditional markets, where multiple competitors grapple for share, and those with strong network effects, which often culminate in one firm dominating the industry.

@CFASocietyIndia: Much awaited session at Kolkata by Utpal Seth, Rare Enterprises, on “Dimensions of Mistakes in Investing”, to be moderated by Varun Goenka.
Threadreaderapp

Utpal Sheth starts with a tribute to Rakesh Jhunjhunwala. Context for the session - Mistakes are rarely discussed!

Outcomes don’t define mistakes. They are known through a process of deep introspection & multiple iterations. The opportunity cost of not embracing mistakes is very high. Utpal speaks of Type 1.5 error - not buying / selling with conviction! Rakesh Jhunjhunwala - “making mistakes isn’t a crime, repeating them is.”

One needs to think of portfolio balance very deeply. Sizing the bet depends on the degree of conviction and degree of evidence. Recommended book: “Thinking in Bets”

The key is to identify the right jungle (Megatrend) and the right company within that (Gorilla).

Embrace your mistake, let mistakes not affect the balance of your mind, and have a risk Management framework to enable peace of mind. @CFASocietyIndia: Much awaited session at Kolkata by Utpal Seth, Rare Enterprises, on "Dimensions of Mistakes in Investing", to be moderated by Varun Goenka. #MAW Utpal Sheth starts with a tribute to Rakesh Jhunjhun...…

China will inevitably catch up to the US in absolute GDP. But it’s creativity may never match Americas, because its culture does not permit free exchange and contest of ideas.

The world has developed because of the stability America established. If that stability is rocked, we are going to have a different situation.

The moment India has the infrastructure in place, investments will come in, and it will catch up very fast.

The quality of a nation’s manpower resources is the single most important factor determining competitiveness. It is people’s innovativeness, entrepreneurship, team work, and their work ethic that give them that sharp keen edge in competitiveness.

“If you will make a study of the life and work of Lee Kuan Yew, you will find one of the most interesting and instructive political stories written in the history of mankind. This is better than Athens, this is an unbelievable history. And you will...

Ray Dalio on LinkedIn: Paul Volcker was a hero and friend of mine – a role model with courage 102 comments

Paul Volcker was a hero and friend of mine – a role model with courage and intelligence. Now that we’re talking about tight money and about him, I thought it might be a good time to pass along a conversation I had with him that gives you a flavor of what he was like as a person. I think it’s a really good thing to have role models and heroes, which our society is lacking and in desperate need of. It’s also worth now looking at the actions Volcker took to break the back of inflation in the early 1980s

The rate hike led to the highest unemployment rate in a decade, but he was able to bring down inflation, which was followed by a decade of prosperity. 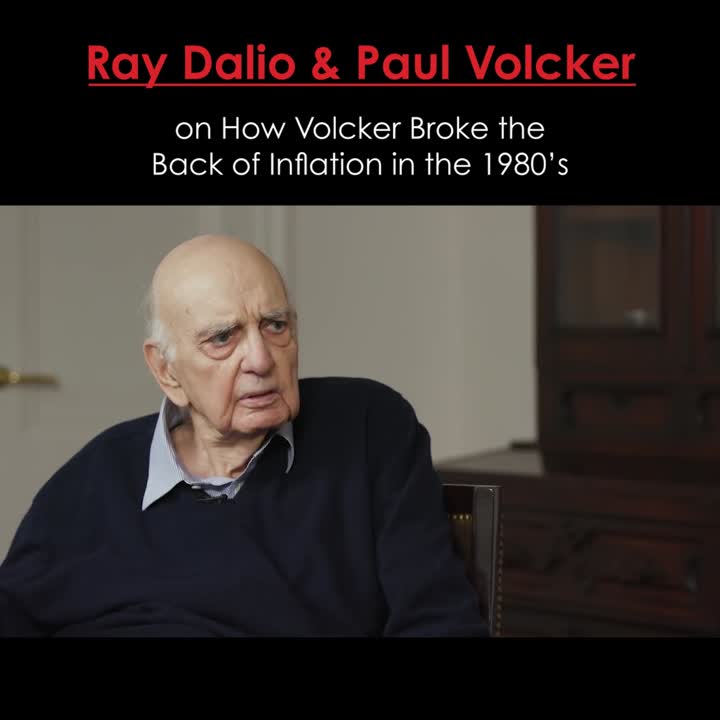 Ray Dalio on LinkedIn: Paul Volcker was a hero and friend of mine – a role...

Paul Volcker was a hero and friend of mine – a role model with courage and intelligence. Now that we're talking about tight money and about him, I thought... 284 comments on LinkedIn