Indian Microfinance Sector and the companies in the sector

The robustness of CIB data does not guarantee low NPAs, while non-robustness of the data may pose a risk in the future. Do not confuse correlation for causation.

Also this is not about trusting an analyst more than the promoter. Both have their vested interests and opposing views. The promoter says the public systems are robust, the analyst says the public systems are not. Upto us to choose whom to believe. The analyst presented his arguments well to cause suspicion on the robustness of the data. The promoter did not address the concerns for me to drop my suspicions. That was the point I was trying to put forward. Where is the proof that the data is robust aside from a correlation metric?

@Abhinav I agree that although structural changes have been made, the impact will be assessed over time. Every quarter of execution will strengthen the confidence in the new systems. Only point I would like to add is that for a 20-30% ROE business at 13-14x FY18 Earnings (Satin, SKS) market and not assuming the 50% growth is sustainable in any case

Every quarter they execute the valuation should improve on EPS, BV increasing + multiple improving.

If you are questioning the CIB data that means not only MFI, you are raising questions on the lending procedure of whole Banking System because they works in the same way(lending someone on the basis of credit history).
Regarding Promoter/Analyst , it will be your judgement call in which camp you will stay. In stock market , you have to judge the management quality yourself and give benefit of doubt to management by depending on some important factors (you have to decide yourself those factors) and wait how the story unfolds in coming futures else how could you invest in any company in the stock market?

Interesting discussion. I want to shine light on couple of points
1- Quote from Abhinav’s post “EWS of the society is itself fraught with risks”. Risk is a relative word in banking. If lending to EWS is risky (despite the great NPA data from all these MFIs staring on our face) then what is less risky. May be lending to companies? There is enough evidence on the BS of many banks for us to see. Let us back our arguments with some data. May be to the middle class? But banks lending to even middle classes have higher NPAs than these MFIs.
2- It’s been some time since the report of Religare was published. Did we collect any incremental data since then and learned something new? I think we have seen couple of more quarters of super robust growth and maintenance of equally great asset quality. We also learned that most of the MFIs start with the group loans which mitigates the risk of individual defaults. 
If some part under deficit and some part flooded…both are potential of income loss of rural economy. If market is riding on good monsoon factor but improper rain distribution may not good for good crop harvest.
1 Like
v4value August 29, 2016, 1:16pm #200 Waiting For a Crisis?- Business News


Banks reducing personal loan portfolio and NBFC getting that share fueling its growth
1 Like
v4value September 6, 2016, 5:30am #202

Another reason why this time is different in MFI. Unlike the Andhra episode in 2010 where every MFI was getting funded to lend, this time industry has consolidated around the big players. The credit discipline should be better (though there is no gauruntee and we will figure a few years down the line) just because of this. Bigger MFI’s in well penetrated geographies like TN already talk of high rejections and following 2 lender norms in spirits. 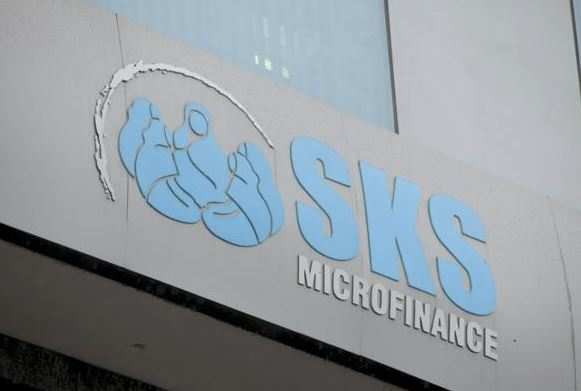 Larger microfinance institutions get 90% of industry funding - Times of India

India Business News: CHENNAI: The scales are tipped in favour of the larger microfinance institutions (MFIs) when it comes to funding.

Microfinance industry has witnessed 29 percent growth in loan disbursements during the first quarter of 2016-17, a report says.

The Microfinance Institutions Network’s (MFIN) report also said that the microfinance industry has experienced a growth of 89 percent since first quarter of 2015-16.

MFIN is the first Self-Regulatory Organisation (SRO) in the financial services sector recognized by the RBI and regulates NBFC-MFIs to ensure responsible lending and client protection.

As per the report, the industry witnessed a y-o-y increase of 48 percent in client base where MFIs provided micro credit to 3.58 crore clients.

“With the increase in number of branches, MFIs have been able to increase their outreach thus expanding their beneficiary base. Total number of loans disbursed has also seen an increase of 29 percent which significantly contributed to the expansion of the sector,” said Ratna Vishwanathan, Chief Executive Officer, MFIN.

The employee base has grown 43 percent and the NBFC-MFIs now employ 98,287 employees.

The branch network has increased by 28 percent in last one year and now stands at 10,458, MFIN said.

came across this excellent piece of write-up which helps build good insight on the sector.

Chirag Gothi is confident on the prospect of further rise of the NBFCs giving impressive returns to the investors’ hard-earned money. He explains: Non-banking financial services companies (NBFCs) may have smaller scale of operations, but when it...

P.S - This is a three page write-up. Dont forget to read through all. I will need time to digest this all.

Can someone throw the light on the what happens to the clients of the MFI when it gets Small Finance bank License or Bank license like Bandhan Bank. Do they have to leave that client as they cannot serve it or they can retain it?

If they cannot serve those clients does that provide an opportunity to other MFI vendors?

The clients remain with the bank. Also, under present norms, an individual cannot borrow from more than two MFIs at the same time. So if an individual is borrowing from two MFIs and one of them becomes a bank, it creates space for another MFI to lend to her. Of course, the prudence of such lending will have to be considered by the new MFI.

The MFI and bank are separate legal entities, so no such question arises. The client stays with the MFI entity, the Bank has to earn its customers.

Bandhan Bank Limited is a wholly-owned subsidiary of Bandhan Financial Holdings Limited, which in turn is owned by Bandhan Financial Services Limited (BFSL), the largest micro finance organization in India. From http://www.bandhanbank.com/about-bandhan-bank.aspx

Do problems faced by micro-finance companies in Wardha reflect a larger malaise?

Moneylife is an online resource for news and opinions on personal finance, banking, finance and industry sectors from India.

Do problems faced by micro-finance companies in Wardha reflect a larger malaise?

I am new to MF. I have read the whole thread. I have 2 questions. It would be helpful if someone could help me understand them -

1 - Why do some people believe Armaan has a good /strong risk assessment procedure? What does it do differently vs others. Can this be copied?

2 - what do you think - is a high repeat customer a good thing or a bad thing? If the customer switches out it means 2 things (1) he has moved to a different MFI (possibily round tripping also/ service issue ) -ve (2) he doesnt require a loan again but remember he paid off his earlier loan at 22% (else there wouldnt be negligible GNPA) from a business/activity but he now realizes that he cannot do it again !! (Surprising to me and so i think it is negative -ve)
However if the customer stays, it could mean (1) ever-greening by the same MFI themselves (-ve) or (2) a genuine need for the same capital on a rolling basis for the same work the person is doing. (+ve)
So, i think a high repeat customer is a good thing but companies seem to be boasting about decreasing repeat customers on a 2 yr/3yrs/5yrs basis… Why?

I dont know much about Armaan, so will leave that question to others.

On the second question, my opinion is that a high repeat customer rate is a good thing for any business. It means that the customer is happy with the company, so the company is doing something right. In my experience it almost never happens that a MFI customer does not need/take a repeat loan when offerred (strictly my opinion, no data), so the need vanishing is very small, maybe 5% of cases. So 95% have switched to a different MFI, which is not a good sign.

Not sure what you mean by ever-greening, or why it is -ve… typically when a customer renews, the loan amount increases. So if the first time he got a 10k loan, second loan will be 15k or 20k, third loan would be 25k and so on. Not sure why you think this is a -ve.

When companies talk about repeat customers decreasing (assuming it is as % of total customers), they are saying that new customers have increased as a % i.e. they are growing fast by acquiring new customers. The customer retention rate itself could also high or low e.g. if you have 100 customers last year and 150 this year, it might be that all 100 have renewed and 50 new were added, or say only 80 renewed and 70 new were added. Both are different models but I would prefer the first one any day.