A good write up on Green Hydrogen indeed!

India’s Reliance Industries sees the response to climate change as a huge opportunity to create value through a new energy and materials business. The company aims to set up a fully integrated, end-to-end renewable energy ecosystem. 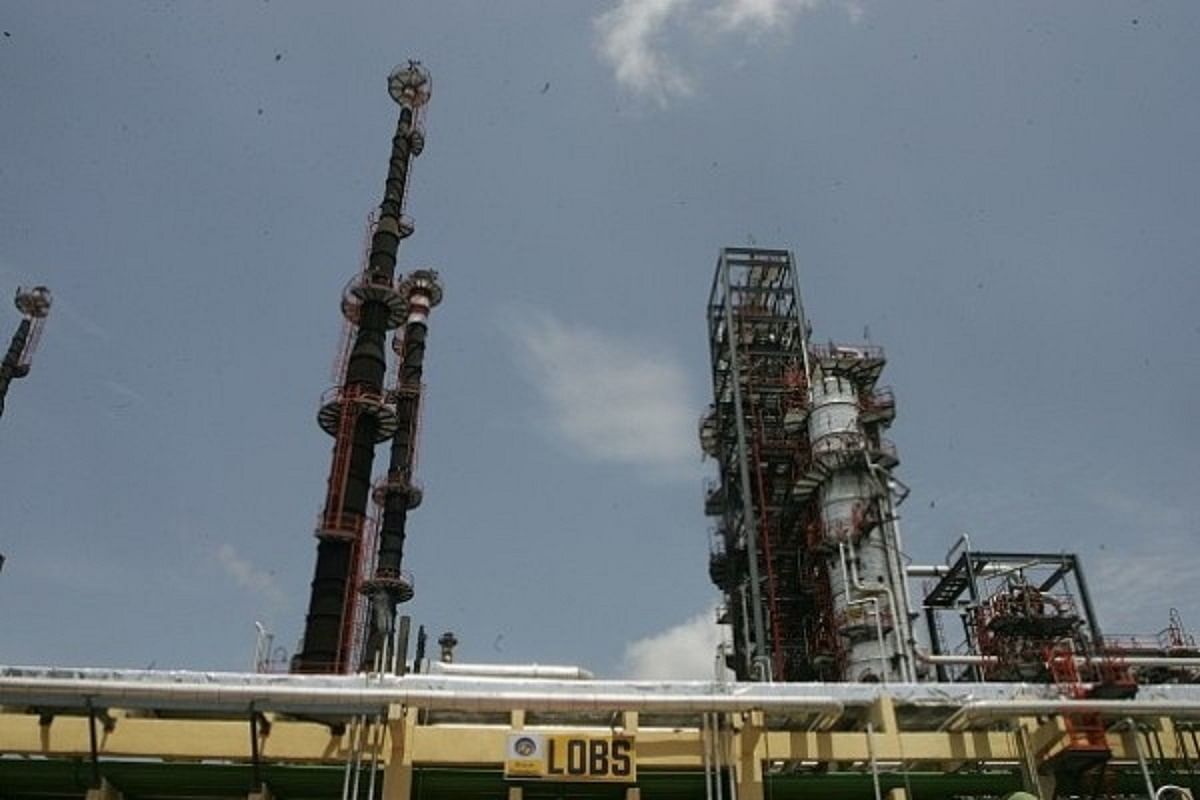 Bharat Petroleum Collaborates With BARC To Decrease Dependence On Imports In... 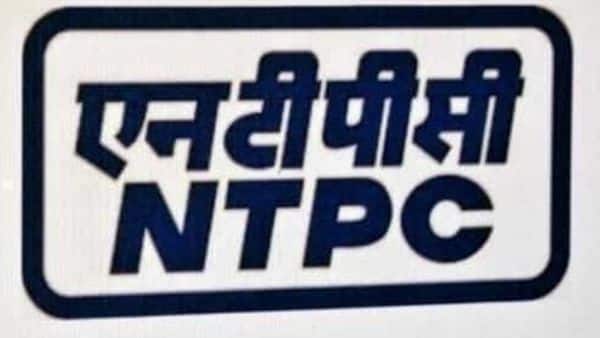 NTPC Renewable Energy has also inked a pact with the Union territory of Ladakh for a green hydrogen mobility project, with the company along with NVVN jointly executing the project

GAIL seems to have floated a Global tender to bring a 10MW Electrolyzer- the biggest so far to be installed in India to produce 4.5 Tonnes of Green Hydrogen!

Also the 2nd link pertains to a massive 15 bn Dollar Green hydrogen project in a desert- the largest in the world.

GAIL chairman and managing director Manoj Jain said his company had launched a global tender to procure a 10-megawatt electrolyser capable of producing 4.5 tonnes per day of hydrogen.

An ambitious $15 billion plan to produce renewable hydrogen in central Australia to be fast tracked after receiving “major project” status. IOCL and HPCL, among others, plan to set up green hydrogen projects in the next three years 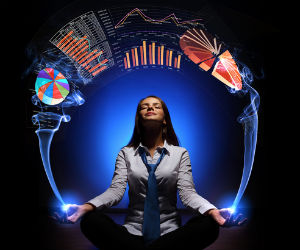 5 Green Hydrogen Companies In India To Watch In 2022

Hydrogen is the newest term when it comes to satisfying the worlds energy demands. It may be created from a range of resources, including natural gas, biomass, and renewable energy sources such as the sun and wind. It may be utilized in automobiles,...

India Business News: State-run Oil India Ltd has become the latest entity to join the green hydrogen rush by initiating the process of setting up a 100 kw green hydrogen p

The World is looking for all possible sources of Hydrogen because of its Zero emission !
Now the eye is on plastic waste. Why not ? After all the plastic is a synthetic polymer which consists of Carbon , Hydrogen, Oxygen, Nitrogen, chlorine and sulphur.
As plastic waste is a non-biodegradable substance and the world is trying to get rid of from environment/ climate change point of view.
If plastic waste can be used to produce Hydrogen, it is a win-win situation. 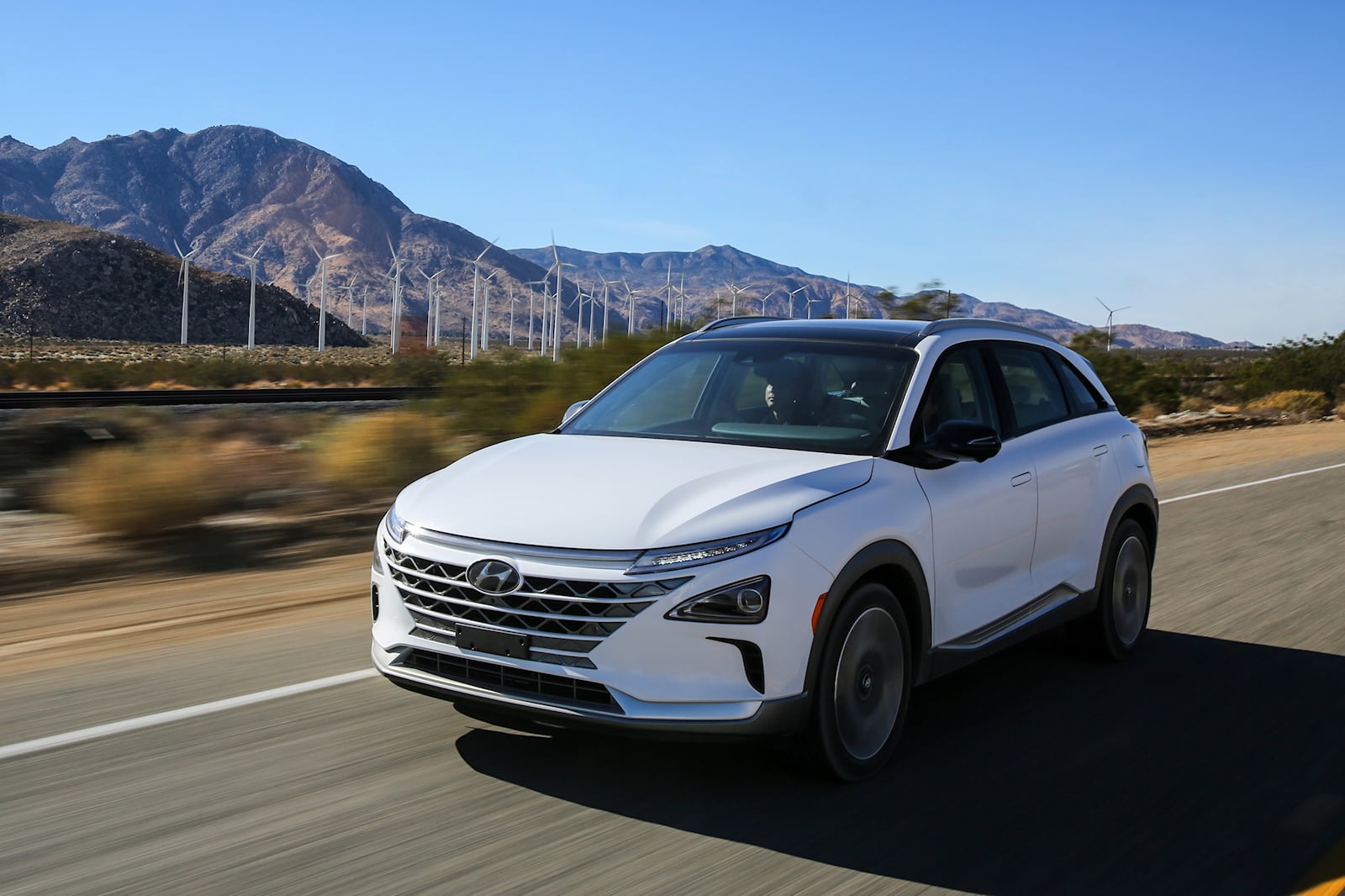 Hyundai Has Genius Plan To Turn Plastic Waste Into Hydrogen

Like every other car manufacturer, Hyundai is looking to go green by building zero-emission vehicles. While the Korean company does offer electric options such as the new Ioniq 5, it really wants to make hydrogen-powered cars a thing. The company...

Why Green Hydrogen is the Key to an energy independent Future ?

One issue with the renewables energy such as Solar, Wind or Hydro is that these sources such as Sun light , wind, Rain are not uniformly available 24×7. There are peak hours and peak seasons when these sources are in plenty and there are times when sources are not at all available. So, we can not connect these energy sources directly to the Grid …hence the need of storage solution for the renewables.

Lithium Ion batteries are not a practical solution due to scarcity of lithium and Cobalt…sodium ion batteries is one solution.

But the other solution is the excess renewable energy generated during peak hours can be used to split water to Green hydrogen and Green hydrogen can be used in 6 different ways .as follows:
(1) Can be stored in Cryogenic tanks and can be transported like petrol /diesel for use as automobile fuel either as Internal combustion or Fuel cell- both technology available across the world.

(3) Green hydrogen produced in peak hours can be stored in tanks and right at that site can be used as fuel cell to produce electricity later during non-peak hours.

(5) Hydrogen standalone can also be transported in existing CNG pipelines , though major modification may be required in compressors

(6) Starting from Hydrogen, A lot of hydrogen carrier chemicals can be synthesized to be later used as Fuel…Ammonia ,methane , methanol…

Intersting article gives a lot of insight on the subject. The future of humanity lies with green hydrogen, which is free from carbon emissions. The use of green hydrogen is particularly effective in ensuring a smooth transition towards renewable energy. Moreover, it can be pivotal in helping India meet its...

By 2023, Green Hydrogen Will Cost Less Than Diesel - FuelCellsWorks

The development of electric vehicles is seen by some as an effective way to reduce greenhouse gas emissions, while others believe that green hydrogen can help 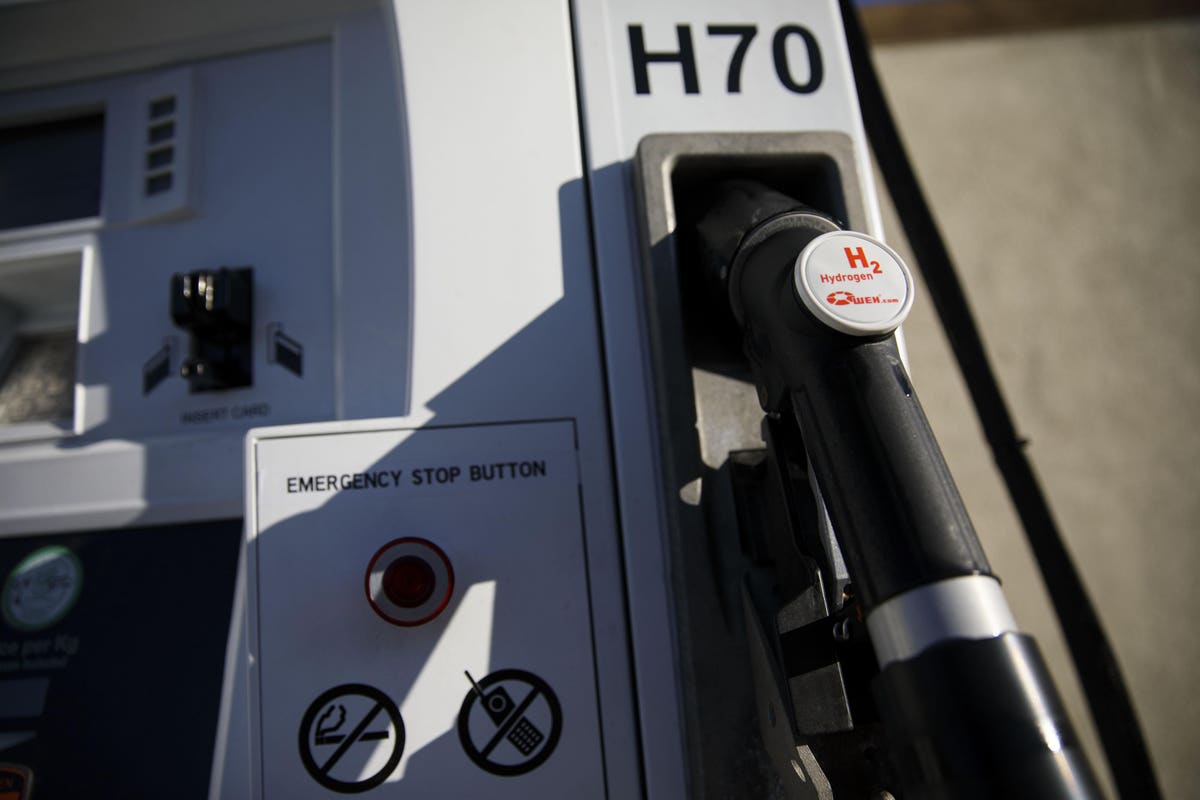 How Renewable Energy Will Make All The Cheap Hydrogen We Need

The cost to produce and distribute hydrogen from clean energy sources will fall by as much as 50% over the next decade. To do so, investment must pour in while the production of electrolyzers must scale up.

Google throws up this article which talks about mixing Hydrogen with CNG and then transporting it in CNG pipelines - https://www.futurebridge.com/industry/perspectives-energy/green-hydrogen-transportation-role-of-natural-gas-pipelines/

But this is not the same as utilizing CNG pipelines for transportation of Hydrogen as a fuel, this is a blend of CNG and hydrogen.

It is not a dumb question , it is a good question !

(1) As for as blending is concerned, upto 10% blending of hydrogen in existing CNG infrastructure poses no issue. Australlia has successfully implemented and many countries have already gone up to 15% blending.Europe they are trying upto 20% hydrogen blending with CNG in existing infrastructure.

(2) But for transporting 100% Hydrogen in existing CNG pipelines , research indicates that there could be issues as follows:

Potential solutions include using fiber reinforced polymer (FRP) pipelines for hydrogen distribution. The installation costs for FRP pipelines are about 20% less than that of steel pipelines because the FRP can be obtained in sections that are much longer than steel,1,2 minimizing welding requirements.

Gaseous hydrogen can be transported through pipelines much the way natural gas is today. Approximately 1,600 miles of hydrogen pipelines are currently operating in the United States. Transporting gaseous hydrogen via existing pipelines is a low-cost...

The upcoming budget can provide more clarity on the short-term strategies of National Hydrogen Mission to boost demand for Green Hydrogen.

This includes budgetary support for creation of 10 National BharatH2 Clusters, a $1 billion Hydrogen Economy Development Fund and a Public-Private Hyd..

Our Green Hydrogen/ Solar/ Wind Power / EV plans can not be successful without adequate Energy Storage Solution.
This PLI scheme is for ACC Battery manufacturing. ACC stands for Advance Chemistry Cells Battery project - so it is left to the manufacturer an option whether to go for Lithium Ion or Sodium Ion.

Among the conglomerates, Reliance & L&T seems to have applied for the PLI scheme.
Reliance has made it very clear that they would go for Sodium Ion battery after they have quietly acquired Faradion.
While Larsen & Toubro Ltd. (L&T) and ReNew Power, a renewable energy company, have entered into a partnership agreement to tap the emerging green hydrogen business in India.

Among the Automobile OEM’s, Hyundai, M&M, TVS, Ola electric are the names …

Among the existing battery manufacturers Amar Raja and Exide are the candidates.

Among 10 names, others are Rajesh exports , India power corporation,(picked up these two names from another article). While India power is already in to renewables , but for Rajesh exports which is in to Gold and jewellery business , it is an unrelated area

Interestingly, names like Tata power and Adani are missing …not opted for the PLI scheme for Battery Storage solution ? …in any case both are Cash rich companies…and they may have their own definite plans ! Green Hydrogen Vs Battery - Which could be a more promising story for India ?

It is interesting !
Battery is a energy storage solution …Hydrogen is a Fuel…how can we compare them ?

Well, Green Hydrogen or also named as renewable Hydrogen in this article since electricity produced by Wind /Solar power is used to split water to get Hydrogen and oxygen by a process called by electrolysis with the help of an Electrolyzer.
This Hydrogen gas so produced by Solar/Wind is versatile in nature as can be stored in a Storage Tank at power plant site and later used in 4-different ways :
(1) for example at night there is no sun light or cloudy days there is no sun light and wind is not available 24X7… .so during this time when sunlight wind not available , Hydrogen stored in a tank can be used for producing electricity with the help of an Electrochemical Cell and oxygen from air. Electricity so produced can be fed in to the grid

(2) The Hydrogen from the storage tanks can be transported by truck tankers , by containers , by Pipe lines to Fertiliser plants for producing urea- hydrogen is the required feedstock and to oil refineries where Hydrogen is required as one of the main feed stock for crude refining…and a no of down stream products. Today the mandate for Fertiliser plants and refineries is to use green hydrogen only. No more Grey Hydrogen !

(3) Hydrogen stored at solar / wind sites can also be transported through tankers just like petrol diesel to petrol pumps for using in Hydrogen IC engine vehicles or Hydrogen fuel cells vehicles. No batteries required in these vehicles for energy storage…

All the 4 steps above - we can be self reliant - made in India …Technology is proven and available …currently already followed in several countries.

Coming to Battery technology , which is very popular for EV, but not very popular for Solar power/ wind power plant sites as Li ion batteries are 100% imported from China…very costly … consists of 30% of EV cost …lithium cobalt scarce…not available in our country . . So not sustainable for the long term… .
but if the Sodium ION battery project comes through , we can be self reliant which Reliance is trying to do… may be it can also be used as sustainable storage solution for India for both EV and Solar wind storage . .

Hydrogen will be a more promising story for India than even battery: Rahul...

From a consumer point of view, battery will be better as it will remove engine and reduce running cost and maintenance cost.

You can know your average monthly commute and can estimate based on electricity rates your monthly running cost of your vehicle. Electricity prices also fluctuate but not as much like daily prices.

So if prices decrease of battery operated vehicles, they are best.

Good analysis ! You may be right, there would many proxy plays for Green hydrogen -those who are associated with Solar plant, Wind Power plant, Electrolyzer for spliting water,
Elecro-chemical cells for generating electricity from Hydrogen , Cryogenic tanks for Hydrogen storage and dispensing, cathode, anode…and so on…
These would be mainly Mid cap / small cap companies which we need to keep an eye.

Batteries too come with a cost… These powerful batteries need to be replaced every few years and they may cost even upto 50% of the original cost of the vehicle… As you rightly said, the cost of these batteries need to come down to make this economically viable to reduce the TCO (Total Cost of Ownership)… “Battery as a service” too can be a workaround option to spread the lumpsum cost associated with this