Though PAT is not linear historically, it has been consistent in the past 5 years. I am unable to open FY2012 annual report. why there is loss of 2368 Cr in this year? In FY13’s previous year column, it is mentioned that all sectors (Fire, marine & miscilleneous insurance) incurred loss.

Can an insurance company be valued on the basis of premium (like Price/Sales in other sector). If so, what is the appropraite multiple?

The loss would have been incurred due to a certain claim which would have come in that year.Insurance cos can have earnings varying significantly year over year and that is precisely why P/E ratios are misleading for them.

As for price/premium, I don’t think it is appropriate to use this ratio since it is the underwriting profitability and not total premium that matters. The co could show large premiums but if underwriting is not good, claims incurred on those policies will eventually lead to wealth destruction

If GIC is a unique play, why was then it got subscribed by just 1.37 times in its IPO? More than 50% of the QIB was grabbed by LIC indicating most of the big funds have avoided.

It is not a small cap company. If the institutional investors could not see value in a large cap and have avoided it what does that mean?

Some questions for people to ponder over on this so called opportunity.

How do we know that the management is investment right? In other words, capital allocation is the key. I am quite sceptical about how the management is going to proceed with the investment. Fairfax have applied for a license. Swiss Re will be another player entering the market soon. We have to observe closely how these stories play out.

Thanks for raising this critical question. Capital allocation is key to returns and becomes even more important in an industry like insurance where returns primarily come from the float amount invested. I had actually done some analysis regarding this, am attaching the same for your kind perusal.(Investment Portfolio Analysis.xlsx (12.3 KB)

Certain noteworthy points that came up during the course of this exercise:
1.The management has incrementally been investing lower amounts in equities over the past year or so even as total incremental investments have increased. Only 3% of incremental investments were made into equities in FY17 ( v/s an average of 14-20% in earlier years). To me, this is a sensible ploy considering that valuations are heated and it is better to be safe than sorry.

Fairfax have applied for a license. Swiss Re will be another player entering the market soon. We have to observe closely how these stories play out.

My views regarding this is that though competition might increase, the market size is also increasing at a fast clip growing at 15-20% YoY. Thus the opportunity size remains large. Also, given its right of first refusal and the mandatory ceding of 5% risk by all insurance cos to GIC, these act as significant competitive advantages.
So even though competition might increase, my belief is that GIC will continue to do well in the future. The reasonable valuations give further comfort

Could you elaborate on their moat? I want to understand if their moat is structural. Provided, they are in the control of government, won’t it have any political impact when the govt changes? What kind of acquisitions will they make during market downturn?What is the track record of management?

I am just trying to evaluate this from different perspectives.

I agree with you on the pricing part. The stock has already priced in the next many year leaving us with no margin of safety.

Could you elaborate on their moat? I want to understand if their moat is structural. Provided, they are in the control of government, won’t it have any political impact when the govt changes? What kind of acquisitions will they make during market downturn?What is the track record of management?

I am just trying to evaluate this from different perspectives.

Moat emanates from regulations and structural in my view. Ofcourse,given that it is government owned company we cannot completely discount any political intervention in the business. But as per management interaction, the management says that the government does not interfere in the running of the company. The only thing they look at is the dividend payout which is maintained around 30% of PAT which is a good thing for us as minority shareholders.
As for acquisitions during market downturn, there is no such possibility since it was the only domestic reinsurer.
Track record of management is good and they have not pursued growth at the cost of underwriting as is the
case for many insurers. They have increased focus on good underwriting and have managed investment portfolio well reflecting in the ROE’s of 17%+ over past few years

I agree with you on the pricing part. The stock has already priced in the next many year leaving us with no margin of safety.

Actually, I meant quite the opposite. What I meant to say was that if you buy a stock which everyone is cheerful about and investing in,you will have no margin of safety and end up paying an expensive price for a cheery consensus.
This is however certainly not the case with GIC. Most people are spectical about the stock, hence it is available at reasonable valuations as I have mentioned in one of the replies above as well

Thanks for your analysis. Will dig deeper into it. We have to closely track how they use their float money for making investments. If the management is conservative, our returns will be conservative.

The crop insurance scheme has certainly benefited GIC Re. We’d have to see how badly they get hit when there’s a major drought/flood, though geographical diversification and their own reinsurance purchases should provide decent protection.

What was interesting from the recent earnings presentation was the huge growth in health and motor segments. This is not necessarily a good thing as there’s a good chance that the company hasn’t set the right level of loss reserves for these segments. When they adjust for this at a later date, there would be a big increase in loss reserves and drop in underwriting profit.

Investment performance has been very good, but that’s not the core business. Quality underwriting is what separates the men from the boys.

DISCLOSURE - Not invested, in wait and watch mode.

Weather agencies like IMD/Skymet predict/forecast and report monsoon as percentage of long period average. Look at this report from Skymet

The four-month long Southwest Monsoon 2017 has officially come to an end today, with the country recording below normal rainfall to the tune of 95% of the long period average (LPA).

Now since GIC Re has maximum exposure to agriculture, we need to understand at what percentage of Long-period average does underwriting looses become severe/unsustainable and company goes into deep red.

According to sources, the budget allocation for the PMFBY could go up to Rs 13K-cr for the next fiscal taking into account about 10% likely increase in the sum insured.

.Not sure about how the exact dynamics of payment works but the figures seem to suggest that there is not material amount of amount receivable by GIC 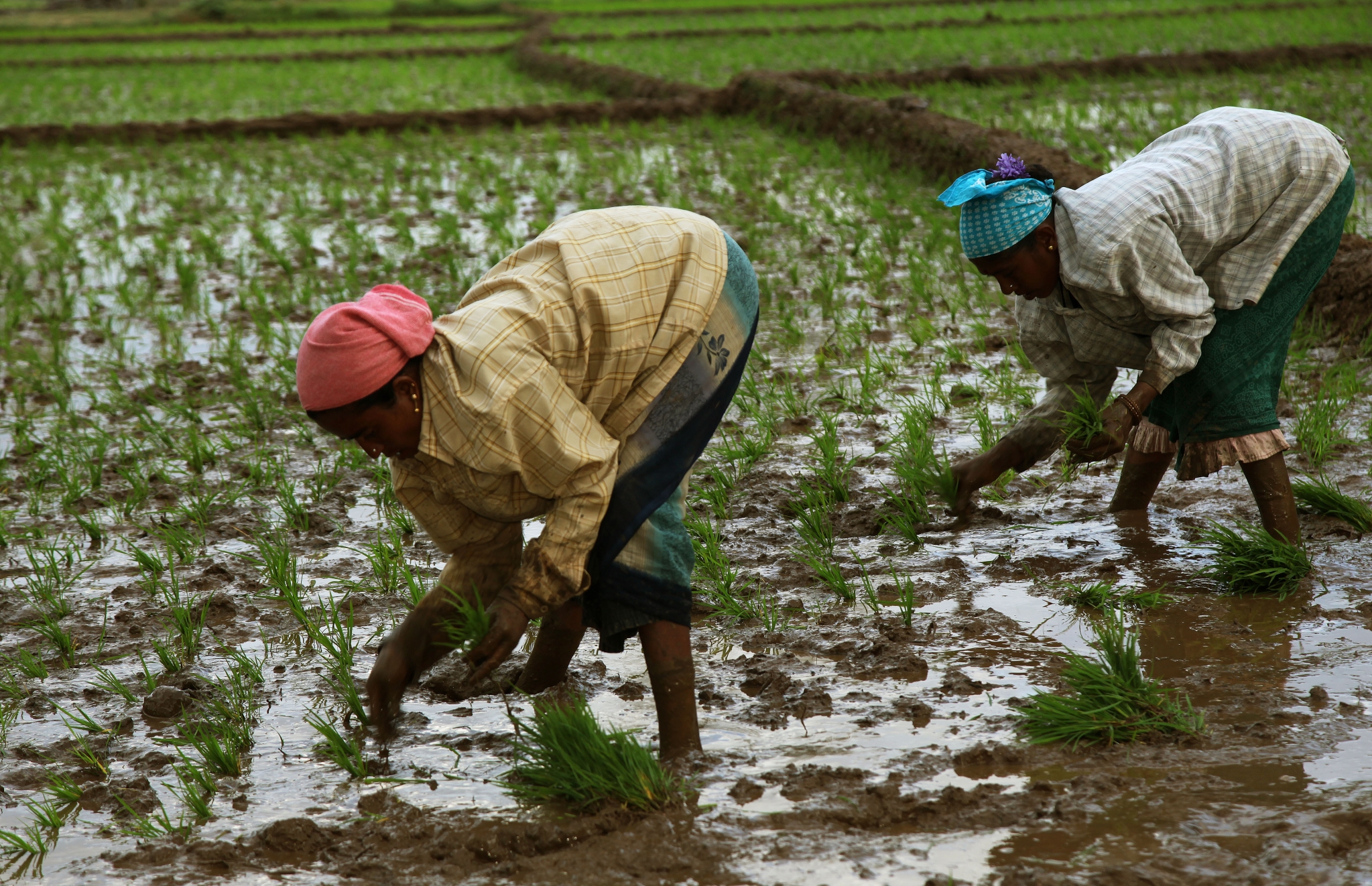 In the year 2016-2017, Tamil Nadu sought the highest number of claims, as the state faced severe drought.

We may need to look at the contradiction here. Agriculture Insurance corporation is saying response from States in premium payment is lukewarm whereas GIC has no trade receivables.

Will need to understand dynamics of the reinsurance contract, reinsurance premium would probably need to be paid by the insurance companies even if they havent received govt subsidy.Not 100% sure though @Anirudh72 Great Analysis!!! Thanks for initiating this discussion.

GIC Re to start London operations next month

“‘GIC Syndicate 1947 has now received permission to commence operations from April 2018, in accordance with the Lloyds agreed business plan,” the company said.

What has been the reason for consistent decline in GIC share price in recent months. From the very limited understanding I have of this business the only thing I could think of was entry of Swiss Re and/or the impact of agricultural insurance given how monsoon has been.

In fact the good results of last quarter seemed to have been ignored completely.

Hi @Anirudh72 - from the call transcript it seems that state govts have paid the premium and GIC MD didn’t evoke any concerns vis-a-vis getting their dues on agri insurance. Although she kinda admitted that this area won’t have a good combined ratio.

Hey,sorry for the delayed reply. I think entry of Swiss Re shouldn’t have a material impact since IRDA has proposed right of first offer/order of preference for GIC Re.