Does anyone know who is their top 10 clients? apart from Boeing? 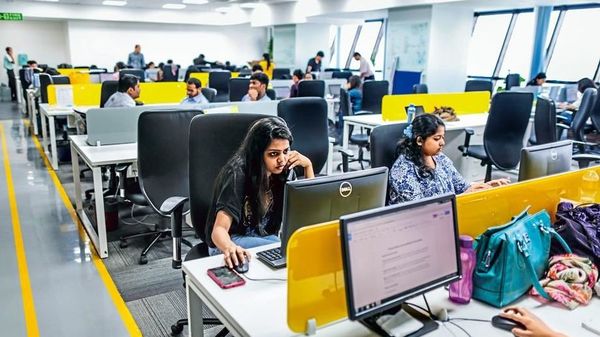 IT company to hire 600 professionals for Warangal, Telangana, centre

The company currently employs 200 engineers in its centre.The hiring will be done in a phased manner 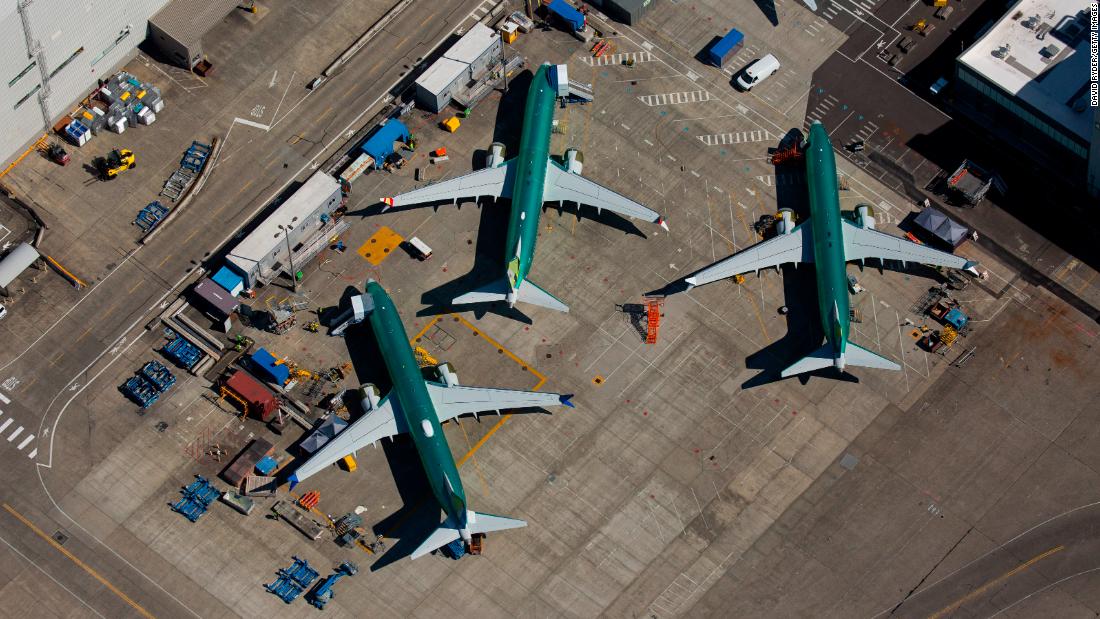 Boeing's largest supplier is laying off a significant number of its employees because of the 737 Max production suspension.

How large a customer was Boeing for Cyient? Any challenges there?

Any view on the business now that the stock has sold off 50%? The position looks quite attractive at 2200 crore market cap with net cash of around 1000 crores (althought about 200ish crore seems to be restricted cash). Would this business be interesting enough at an EV of 1,200 crores?

a) They genrated FCFF last year of 250 odd crores and around 80 crores (CFO-Capex) for H1 20 + another 100 crores in Q3 (the pushed debtors to pay). Going forward they probably would have shrinking FCFF (i don’t know how much more clarity after Q4 call). Would it go to zero probably not but they will survive. They may consolidate position in the market with the excess cash. Let’s say they get hit by 50% in FY 21 (which one of the brokerage firm predicts) they still would trade about 10x EV/EBIT. My long term FCFF estimate from this business would be higher as the capex cycle recovers in the next few years.

b) It currently trades at P/B of about 1.

c) The business was in trouble begining of 2020 with slowdown in Aerospace + Defense segment (38% of the biz source: Q3’20 presentation) which i would imagine wouldn’t do terribly well for next few years. They are building capabilities in the medical, transportation and energy verticals (which is positive).

I see a lot of value in the business for it to trade more than 1,000-1,200 crores. It’s a specialised R&D business and i would imagine that there would be a certain level of switching cost for it’s customers.

Risk:
I would want to study more about it’s competitiors thought such as LTTS and Belcan. With shrinking pie of business in a recessionary scenario everyone would underprice contracts i would imagine. It will be interesting to see how this plays out.

One of the key aspect to consider is not valuation but the Headwinds facing the Company. If the Valuation is low there is always a reason for the same.

In this case, as per slowdown in Aerospace + Defense segment (38% of the biz source, Q320) is a very big impact and hence the Headwinds are going to be strong. The Entire Aerospace Industry is in Bankruptcy mode. So what will happen to the vendor , think of this is as same as Auto Industry. If Maruti gets impacted, one wont buy its Auto Ancillaries.
So wont recommend making valuation as the primary buying reason but it should always be business and 38% is a huge impact plus even the remaining 60% will be impacted though to a lower level.

Pls make your own decision before buying or Selling , above is not a recommendation

I agree there are headwinds but one of their customers is Pratt & Whitney which is a division of United Technolgies Company (a $54 bn business).

What is the probablity of business such as Boeing (they do some work for them) and P&W going bankrupt (maybe low)? I mean Boeing is raising $25bn of debt funding (as opposed to government bailouts). ALthough I admit that P&W also oursources work to various other folks so compeition is tough!

I would imagine there would be a reduction in the R&D orders issued for vendors but that’s true for all players in the industry such as LTTS (more diversified than Cyient) and Belcan Tech (unlisted) as well. My estimate is that all of that is already factored in the price. The entire market knows is pricing that. Unless we beleive that the entire Aerospace industry is finsihed and we will all evolve into using technology such as Zoom. I would assign a low probablity to that.

I have two fold questions a) will this company go bankrupt? generally, uneleverd firms have a tough time going bankrupt.

b) if it survives will it make more money in the next cycle (Fy 22 onwards) and that’s where i do not have a clear answer on. I just read Dr Vijay Malik’s on Cyient and there are defintely some concerns regarding the falling GM%, supporting unprofitable business such as DLM, customer stickiness etc. That’s where a core part of my research is now focused on.

I am trying to figure out the intrinsic value of this business and at 1200 crores of EV if you get a biz which had trailing revenues of 4600 crores there might be reasonable Margin of Safety.

“If there is enough margin of safety, you might as well go have a look and learn something.” Liu Liu

Very valid inputs. Lets not make this personal as we are all learning amid the pandemic which is a totally new phenomenon. I reserve my right to be wrong

I would add one more critical question other than two mentioned above, which is whether this business thrive going forward say in 12 or 18 months. This is where my main concern is and I would like to look at company whose exposure to Oil , Travel, Airline or Hotel Industry is as minimal as possible . I still think that the second and third order impact may have not been factored in and the pain can be much longer

As there is a common saying Markets can remain Irrational longer than one can remain solvent.

Hence I am also evaluating Quality IT Companies which has limited exposure to some of the worst impacted sectors. Any ideas will help

Why does an IT business need so much capital investment, it’s Sales/Gross Block is a low number. Almost like an asset heavy business.

Also, It has used 35% of it’s last four years of Net Cash from operations in Capex.

@P2018 There is plenty cash, and promoter holding is a very low 22%. Is the management going to buy.

supporting unprofitable business such as DLM,

Can you pls let us know more about this supporting unprofitable business? Thanks

So they invested in PPE for the DLM segment (Rangson ). This business is a bit of black box for me for now. it’s been a cash guzzler ever since the acquisition. One of the questions to be included in my management questions.

The management acquired 74% of this business in 2016 at an EV of c.a 400 crores and the balance 26% was acquired in 2019 at an EV of 163 crores. Does a lower EV suggest dimunition in value of earlier investment or just a long capital gestation biz. I do not know as of now.

Can you please confirm regarding how are you getting net cash of 1000 cr. While I can see 1024 cr of cash but I also see 310 cr of short term borrowing and 359.1 cr of long term borrowing. Source Q3 Investor Presentation Consol BS. Based on this net cash is only 355 cr. Thanks.

Ah good catch i was using Capital iq numbers (just realized they were based on H2 nos).

In the LT borrowing as per Q3 presentation it’s stated as 359 crores of which 240 crores are lease liabilities (H2 Balance sheet). I consider that more as a current liability as opposed to debt. You could consider it as debt and take it out of net cash and that’s upto you.

I have had many debates around it but still remain unconvinced that it’s should be treated as debt but more like current liabilities.

There would be current quartercashflow anywhere between 77 crores (Q2) to 200 crores (Q3). I would imagine they would have many customer extending their payment period.

I am also guessing they are going to get a fair bit of some forex movement (30% of USD book is at unhedged).

Also another issue i have is why does the company borrow money at 9-10% when it has enough cash on the balance sheet.

We will know more details on EOD by May 7.

The promoters have been increasing the position in the company before the blackout period. I found it interesting that a couple of independent directors on the board also intiated a position. I think that’s positive.

Amansa, a long only concetrated value manager, bought T Rowe’s 2% in the business as early as last week. Amansa has a 6% position in the business. They have been investors for a very long time and have bought the stock as low as 100 and as high as 600. I have found Amansa’s track record quite mixed so i frankly do not know how to read this.

I am not sure whether management is going to do a buyback (or continue a dividend policy) at this point. I would say best would be to conserve cash.

Any thoughts on Cyient capturing a pie of domestic MRO business which could be significant in the next few years with FM’s announcement about making India a MRO hub?

Hard to factor in for now for now. Too much uncertainty over the short term to figure out where does business come from.

why is the company increasing debt inspite of having a lot of cash and cash Equivalent ?

Only possible explanation that I am getting is that maybe they wanted to show good ROE. But then also numbers look little bit fishy.