I think this is just throwing a stone in the bush to distract attention from real issues. They bought a tiny amount at a very cheap price from the open market anyway.

Sharp fall in price. It coincides with increase in pledged shares, from 27 % in sep to 48 % in March.

They are planning an IPO of one of their subsidiaries.

If the share price continue to fall, the FIs who have these pledged shares will probably keep selling unless promoters can offer more shares to cover up the margin. So, promoter holding will continue to go down. If someone buy these shares from open market, can he stake claim on the company, will it be treated as hostile take over bid ?

If the basic things like reducing debt and receivables can be understood by a common man it is highly unlikely that the management is not able to under stand, the only reason I can figure out is that there is some thing seriously wrong with the company and they are manipulating things or the management is highly incompetent and needs a replacement. I dont know where the company has diverted the Rs 800 Cr Equity infusion 2 -3 years back. The promoters should be punished but I pity for share holders. I was very lucky to exit this stock after decent return of 50% in 4 years.
I can pat my self as I had exited this stock from my own analysis. All credits to this forum.

listening to the concall of the company is so irritating becasue I am hearing the same commentary from the management for the last 24 quarters…pathetic management. The management is now casting the blame on the economy for its poor performance. Out of the total Q1 Concall of around 42 minutes, the management commentary was for whole 42 minutes and no questions were allowed to be asked…it seems the investors have given up and are are least interested in asking repeated questions to the management. Thankfully i have exited but I still follow it as I was invested in this company for around 5 years and it was major portion of my portfolio.

This is turning out to be next Sintex. When the investors had been following up with the Company for debt reduction why the management kept on sleeping and the irony is that they were still going for overseas acquisition. Reason for exit of my investment of around Rs 2 Lac in this Company was concern of high debt and I had exited this company in Sept 2017. Why the promoters did not had the same concern before allocating Crores of rupees in overseas acquisition.
The current management should be stripped off for not learning lessons from its past.

If inflation is 1% and effective lending rate is 15% which business can survive? Story of so many, crushed under NPAs.
Inflation seems to be the only concern of populist politics. Interest rates are manipulated to keep inflation figures low, while even 6% should be good for a booming economy. It is a perpetual chicken-egg problem and our policy makers adjust the knob so painfully slowly the patient will die.
Which business has margins to sustain in such an environment?

Anyway, seems like there is a default here. Company has informed about setting up an Inter Creditor Agreement. On June 7, RBI had issued revised guidelines for resolution of stressed assets. Under the new framework, it is a mandatory requirement for lenders to enter into an Inter-Creditor Agreement (ICA) during the review of the borrower account within 30 days from date of first default to any lender.

About 6 weeks before CARE ratings had written about this EXACT thing. I quote from the very beginning of the report:

The revision in the ratings assigned to the bank facilities of Jain Irrigation Systems Limited (JISL) takes into consideration the increasing stress in the liquidity of the company due to delay in realization of debtors. JISL is in discussion with banks for increase in working capital limits to address their immediate liquidity concerns. The enhanced limits are yet to be sanctioned by banks. Uncertainty exists on the timelines and likelihood of obtaining the same in the wake of recent decline in credit profile of JISL and its increased debt levels. Further, the lenders of JISL have also signed an Inter-Creditor agreement which is indicative of ongoing stress in the company. The working capital borrowings of the company on consolidated level had increased from Rs. 1,498 crore as on March 31st, 2018 to Rs. 1,917 crore as on March 31st, 2019. There were also frequent instances of overdrawals in the company’s working capital limits. The rating also factors in a moderate operational performance of the company in FY19. The ratings are tempered by the company’s heavy dependence on the agriculture sector and thereby its exposure to government policies, volatility in the prices of raw materials and the increasing debt levels a result of its various debt-funded expansions and growing working capital requirements. The ratings, however, continue to factor in promoters extensive industry experience, well-diversified product offering and market reach along-with a widespread distribution network domestically and globally. Deleveraging of the consolidated balance sheet, improvement in the liquidity position and maintenance of JISL’s operating margins shall remain the key rating sensitivities. Also, any further debt funded acquisitions or increasing in working capital borrowings, leading to an increase in the overall debt levels will remain a key rating monitorable.

tracker has been scared about this exact scenario developing and eroding value.

Nirmala madam meets only lenders and decides there is absolutely no liquidity problem in the market. Maybe she means the rainfall or floods when talking about liquidity

When will RBI grow a pair and slash the rates?

It looks like Jain irrigation has defaulted on loans. Care has downgraded the rating to ‘D’.

The rating agencies have advised that as per confirmation from Bankers, the company has defaulted in loan repayments.

Highly incapable management, they should be stripped off. Now you can further see lower circuits in share prices which can trigger selling of pledge share.

They had also defaulted in past but pity that they did not learnt the lesson.

An old article but worth reading…

The micro irrigation company is facing slowing sales growth, increasing delay in release of government subsidy receivables and consequently high working capital and high interest cost and yet has committed an investment of $375 million in sub-African...

This crooked management will never lear from its mistakes. Already apologised in the past and then repeating the same mistake again… 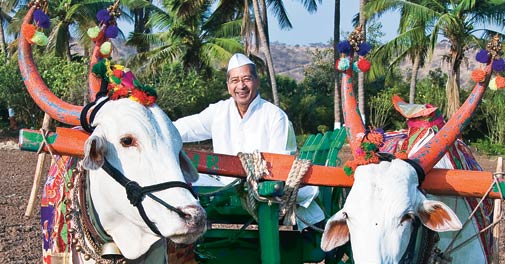 Diversifying into unknown areas without management bandwidth is not...

Diversifying into unknown areas without required management bandwidth and eyeing disproportionate growth using debt is not sustainable. That was the lesson of a lifetime for me.

Only little bit different this time, they expanded somewhat within their core business(es), but such a large footprint (10 subsidiaries within EU!!) that again shortcomings were their downfall. Can they get some liquid like last time? (and a big stick to keep them in line hopefully)
Interest coverage looked not that bad. Leverage was quite high. If only they could lower borrowing cost to the -0.2% rate of the EU. Unfortunately, not. 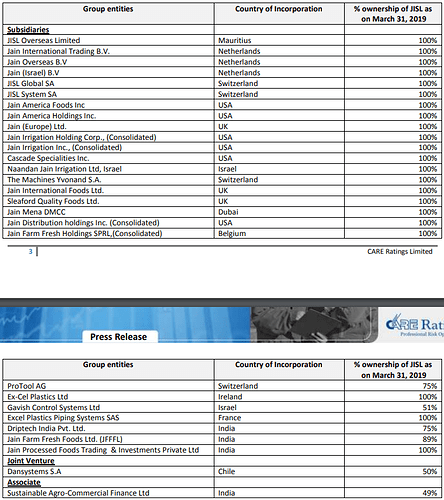 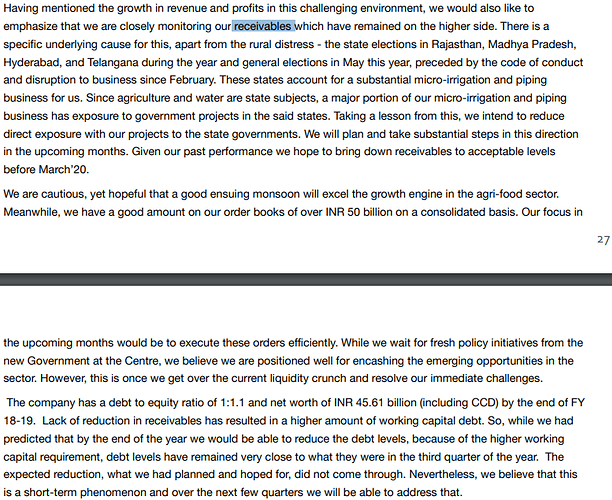 Not bad cycle for the business 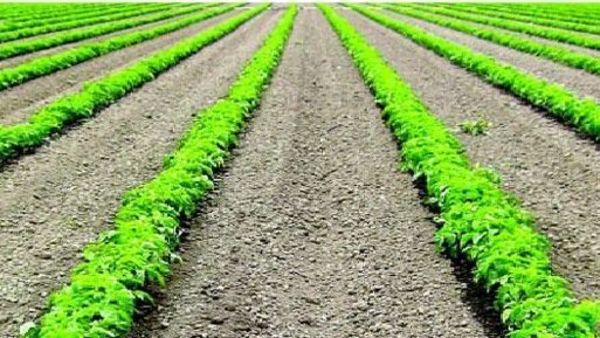 The article mentions junk bonds. I do not understand why. Did JISL issue high-yield bonds in the some non-Indian market? Then why has their borrowing costs increased? (assuming of course the issue was to retire higher coupon rate debt, not to add more debt)

Some info on junk bond record issue this year:

Indian companies have sold $3.7 billion in high-yield, or junk-rated, bonds so far this year.

The Concall lasted for around 55 min, in which Mr Jain spoke for 45 minutes. He spoke the same things which he had been speaking in the last 20 Concall. Only two questions were taken from the participants.
Mr Jain realized his mistake and told that they will not be taking any infrastructure projects in future. (but i think its too late to realize).
This is the classic example of incapable and inefficient management.

Just read the body language of Mr. Jain , he looks so defensive and low in confidence.

The classification as NPA is not upto the banks, if I follow the news correctly, they have to follow RBI guidelines. Since rating is “D”, of course payments have been missed and likely the situation remains illiquid. Question is whether NCLT is possible or will re-structuring work here?

Does this show confidence of promoters/board or that they are cuckoo?
AGM considers and then rejects dividend (worth 60 Cr) by a narrow margin.
I sure hope confidence and not just callous/stupid management sending companies to NCLT.
This dividend was recommended in May based on previous FY results, should have been re-tracted.
At current record date, it would have meant a 12-13% return! Though share anyway moves daily in UC/LC range of 5% manipulated by operators. 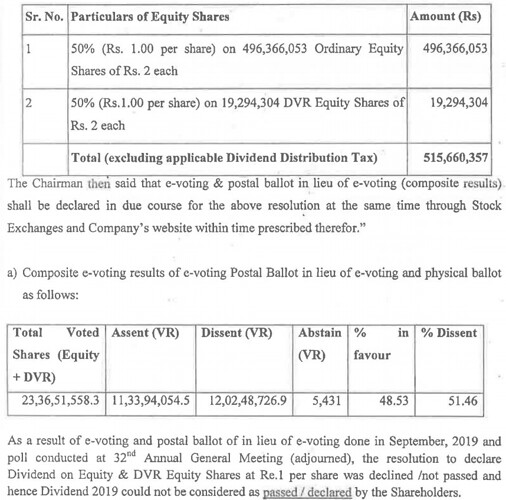