I may be a meat eater but if i am told everyday i am killing climate / environment…i will not mind switching to something equivalent and thats less harmful…as more and more climate change gets prominence these things will start playing with all of us…another example is plastic…Plastic is better than paper on most of usage parameter but arent we slowly and slowly reducing their usage to the extent feasible…EV vs internal combustion another one of those things,I believe over next 20-30 years these things will come into play as next generations who has seen climate change impact articles / movies on a daily basis right from childhood

Shrimp has no proprietary ingredients, meatless meat (alt-shrimp) have.

Shrimp has impressive nutrition profile, need to figure out - does meatless meat (alt-shrimp) have?

@basumallick - I’ve been checking with neighbors and friends about their feedback on eating meatless burger ( beefless ). Feedback has been mixed. But no one has said that it tastes bad. I feel only time will tell if meatless story is able to disrupt real meat businesses. I’ve not tried meatless burger yet as I can’t judge its similarity with beef because I don’t eat beef. However, I’ll try alt-shrimp and share my feedback as I eat shrimp regularly and will be able to judge it better.

I will break it down into two pieces on my opinion on why people may shift or not shift to meatless side:.

So for alt-shrimp to disrupt real shrimp market two things have to happen in my opinion:

IMHO - meatless story has potential to move some beef eaters (and other red meat too) to meatless beef. I feel alt-shrimp not as big of a threat to shrimp and sea food businesses. But have to monitor people’s eating habits very carefully and see if it’s shifting in a particular direction.

Back in 2014-15 when I first invested in Avanti, I felt it has tremendous longevity as I see people eating shrimps even many decades down the road. Interestingly its only 5 years down, here we are talking about potential for shrimp business being disrupted.

Another point to note is the trajectory of improvement for these companies. 5 yrs back, these companies were just science projects in someone’s lab or kitchen. The prototypes of the first burgers/meat was not even edible, forget being competitive with the actual beef.
Since then product has improved where it is atleast considered a competitor for the beef and other meat. It has even gone from being joked about and ridiculed by the food industry to being noticed and now fighting back.
companies like tyson foods are coming out with their version of meats and there are companies like impossible foods which have burgers which are much closer to actual beef burgers.
In addition to this, there is a lot of research on lab meat which sounds gross, but if you compare with the how cattle is raised and slaughtered is much more humane (as an aside US laws prohibit any one from photographing a slaughter house …so you can imagine how bad it would appear).
The point is not where the products stand today, but where they will be in 3-5 years. They are almost following a moore’s law cost and quality curve.
As an aside, almost 40% of the beef and meat is basically ground and made into patties and nuggets. these are products which are getting replaced as the consumer really does not care as much about the meat, but more about the taste and if it has lower fat, then all the better.

Good article if you have not come across it before.

The lower stocking rates were set to work in India’s favor as lower global supply create the conditions for a resurgence in prices by 2020, according to Indian feed producer Avanti Feeds.

Severe flooding of the Godavari, India’s second-largest river, has wiped out thousands of hectares of shrimp ponds in Andhra Pradesh, the area responsible for most of India’s shrimp output. Losses could also be in the 5% range, similarly to Gujarat. The flooding is worse for farmers than a disease outbreak or another catastrophe as they lose all of their equipment besides their current crop 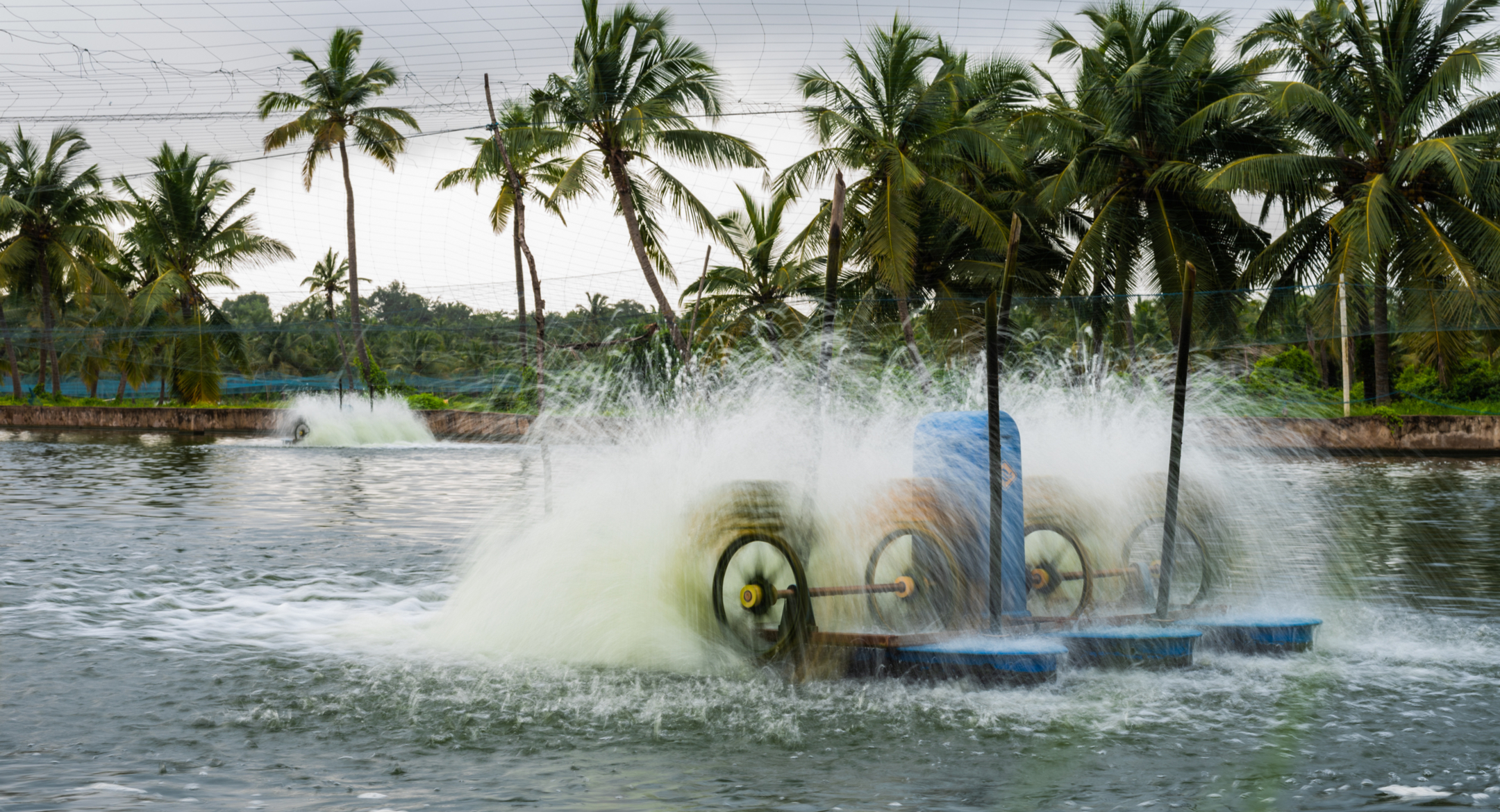 India’s shrimp industry has suffered a tough year because of low prices and white spot disease. Flash floods may have cut a further 5% of national supply

Amidst all the noise, marine exports in August 2019 continue to grow YoY and MoM, as per latest trade data…

Useful video to understand competition and the problems.

You should have mentioned its a video from greenpeace. There will be nothing positive from them. Its not related to avanti feeds excpet that its about shrimp…

There will be nothing positive

For me key takeaway was the expectations of cheaper products and what is done by Thai breeders to keep price low.

There are many who have given up non veg food for some reason. I am one of those. And I keep trying mock meat as a substitute.
Also, I have a few vegetarian friends who liked the taste of mock meat although they did not buy for their home consumption but they sure liked it. I can day that because they had more than once.
It is kit very successful in India and could not build volumes. I think it will take years for trend to catch up India. But in EU and US it may pick up fast as the vegan activism is stronger there. And most of these guys are converts from non veg to veg. So it helps soothing their non veg cravings.

You can compare this to replacement of cigarettes by nicotinex the chewing gum which satiate a smoker’s addiction for cigarette.

This vegan meat, sea food has good future. But it will take years to grow in India.

If McDonalds and KFC like fast food giants start promoting it, I bet it will turn the tide in its favour faster than expected. Kids and Gen-x gets influenced fast and rhey may take it up fast. And we may soon witness their brands like McCain and others selling it in regular hyper stores. It is surely a big thing with huge potential.

No, I think it would be 2-3 weeks later till then trading by company insiders is not allowed.

It seems white spot disease has hit Indian shores.
Have no clue how serious this will turn out to be.

Vannamei shrimp culture has been affected by white spot virus in the district, leading to low productivity.

White spot syndrome have been found in shrimps in India since their farming began. While it indeed is a a serious issue and can possibly wipe out farms, its not something new in India.

Interesting use of Blockchain in shrimp exports. 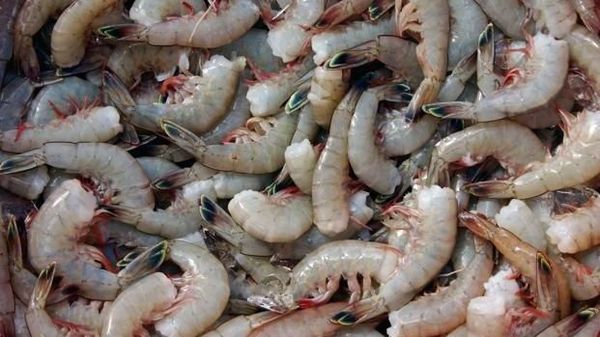 The pilot project is the first known use of blockchain to track shrimp exports from the Indian farmer to an overseas retailer.Shrimp is India’s largest agricultural export, with the US as its largest market, taking a 46% share of India’s shrimp...

Shrimp exports to US in August 2019 continue to grow at a healthy rate 15% (MoM, YoY). Infact, these are highest export volumes recorded ever from India

This is one risk that all businesses dealing with China have to face. Sudden and at times inexplicable actions by China that can change fortunes either ways. This time, it’s shrimps from Equador. With the first (Equador), third (Vietnam) and fourth (Saudi Arabia) largest shrimp exporters to China facing various curbs, how long can the second largest exporter (India) remain safe? As of now, great news for Indian shrimp exporters.

In September, Ecuador’s economy was rattled when shrimp – its most second most profitable product after oil – was deprived its main market

Sales of Ecuadorean shrimp to China were worth over US$1 billion between January and August this year but were suddenly halted in September for sanitary reasons, casting uncertainty over the trade.

Almost a month after Chinese authorities imposed a ban in response to apparent outbreaks of diseases known as yellow head and white spot, only one of Ecuador’s five companies originally sanctioned to export shrimp is still authorised to do so. The rest are only permitted to sell cooked shrimp meat.

In China, there has been a sharp rise in seafood products such as shrimp, octopus and squid that correlates with rising incomes and purchasing power. Unable to satisfy this demand domestically, China has increasingly looked to other regions for supplies.

WSSV devastated the Ecuadorean shrimp sector in 1998, but was overcome by adopting optimal cultivation processes. The country has never had problems with YHV until now.

The reversal of the blockade, spearheaded by Omarsa Group, one of the main exporters, was agreed after analysing a container of shrimp that was returned to Ecuador. Samples ruled out the presence of yellow head, according to the National Chamber of Aquaculture (CNA).

While this news had broken some time back, above article is from the perspective of shrimp exporters from Equador.

Almost all of US Shrimp imports growth this year to date seem to have come from India, full year imports from India should be a 15% growth over last year !!

Can anyone share the raw material “ soya meal” price movements? Thanks

Can you please explain the logic for target? Is this a specific chart pattern?
Results to be announced tomorrow. Expecting a good show due to low base effect of margins. There was some “vigorous” delayed stocking as per the AGM speech. I’m also looking forward to see how soymeal price is moving. There has been an epidemic in pigs in China and the feed soya demand from China is dipping.