I came across this company Asian Oilfields which is into oil exploration like Alphageo.
From the past record it looks very horrible to me.

But there is something which caught my eye. The Orderbook.
Recently in dec qtr they have got big orders from indian Oil and and a Nigerian company.
Indian Oil gave project worth of 142 cr (time duration not given) and $ 57mn (380 cr) from Nigerian company for 3 yrs.
http://corporates.bseindia.com/xml-data/corpfiling/AttachHis/21CD8FCF_D279_49D4_9A6B_39B80DE7FBD9_110443.pdf

One more thing noticeable thing is Infusion of money from new promoters (which got changed in Nov 2016) 95 lakh (50+45L) warrants to 2 entities out of which one is promoter entity, has been issued at 80/-. So around 76Cr coming in will help the company having 110 cr debt.
I don’t have much idea abt the capabilities of the new management, whether they will be able to execute it or not.
hence with new money coming into the company and around 180 cr orderbook (approx., considering OIL order is also for 3 yrs) for next yr (2016 they did 77cr and TTM is only 30cr) looks very promising. We may see future awards coming in to Asian oilfields as Alphageo has stated that they don’t have resources till they compete current orderbook.

Disclosure - not yet invested but may invest in future.

There are several question marks on the previous promoters. Management change is positive but need to be watched closely.

Sebi today imposed a fine of Rs 20 lakh on Asian Oilfield Services' promoter entity for failure to make necessary disclosures of its aggregate shareholding to the stock exchanges and the company, in a timely manner. The Securities and Exchange

Also they have a court case going on with ONGC for non-delivery of services.

Alphageo risk to reward is much more favorable. It has got better balance sheet and a cleaner track record (execution).

Completely Agree. Execution is the key for this company.
But the new promoter is a veteran from Oil and gas sector.
Which gives a little hope. But the risk to reward ratio is much better in Alphageo.

Alphageo is no doubt much ahead in the game compared to Asian. But that is priced in already? Asian was not having much orders at all. Now, with the change in management, orders have started flowing in. This business is a high margin one (Alpha has OPM of 30-35%). So, once the orders start flowing and with new capable management at the helm (earlier PE holders have sold out now to the professionals), the numbers may begin to show ahead? Perhaps that is what the Street is anticipating, with the price push over the last few months? But the prices are currently made up of only expectations and little else. So, caveat emptor applies!.

Whatever I have read from some sources(paid ones) the order Asian has won recently in India are at very low margins. It’s a lot lower than the price anticipated by Oil India.

Share prices have tripled on hope of good numbers in last 6 months. It’s a hope story in my view and only next few quarters will tell if it remains the hope story or delivers also.

Can you please share the articles which says the margin are low?

I am finding the new promoter efficient enough to take it through.

As I said these are paid articles. So can’t share. Also, it’s not possible to verify the claims made in these articles.

Btw…I am reading their AR and it seems they are diversifying to de-risk themselves. Not sure about the margins in oilfield services though. At this moment the order book seems healthy,

Let’s see how the future unfolds.

Ok. It would be great if you can share the AGM notes

I attended Asian Oilfield’s AGM on 8th Sept in Gurgaon(NCR).

I was asked by IR Manager to ask questions post AGM if I wanted detail answers. However, management was not too keen to talk much post AGM as well. AGM anyway ended in 15-20 mins. They hardly spent 5-7 mins. Some of the questions which I could ask are below:

• When asked on if all the orders for NSP(National Seismic Program) are rolled out, they said quite a bit is likely to come. This can be validated by today’s news. 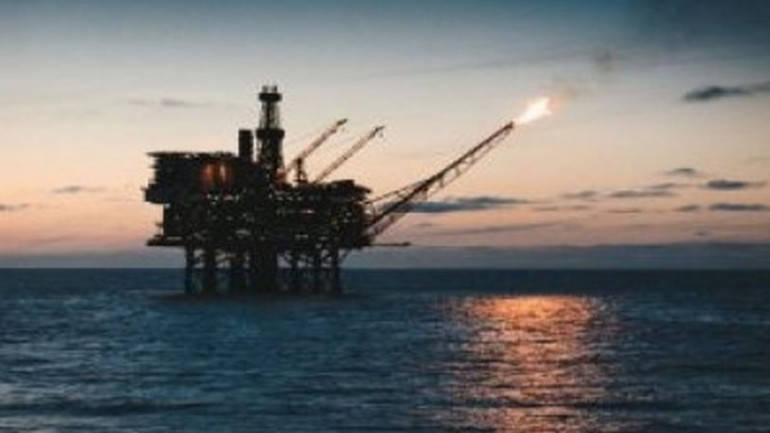 The Union Cabinet on Tuesday approved a Rs 3,000 crore project to acquire seismic data for prospecting of oil and natural gas reserves.

• Wireless seismic is costlier compared to the conventional one. However, efficiency is much better.

• OilMax helped them secure $95million order in Nigeria. In fact, the order was with a company which was exiting and they were asked if they were interested and they pitched in.

• O&M has higher margin as it doesn’t need equipment to be bought and hence no depreciation component.

Disc: Bought only few shares to attend AGM. No plan to add up further.

Any more info on Asian oilfield or you have avoided the company? Mgmt seems quite confident of doing 350 crs revenues and 85 cream of operating income in Fy 19…

I am not even tracking it. Sold the few shares which I bought to attend the AGM immediately after the meet,

ASIAN had a very bad past with poor promoters, SEBI slapping a fine etc.

In FY 17 it was taken over by OILMAX and the turnaround is evident in the financials.

Mr. Gautam Gode is a Promoter Director of the Company and is also the director on Samara Indian Advisors Pvt. Ltd. Samara who fist invested in 2008, acquired a majority stake in Asian Oilfield and assumed management control from 2010 with 36.33% of shares.

In FY 11, the company made considerable profits of Rs. 9.93 Cr v/s 3.39 cr the previous year, but almost 85% of this was wiped out due to “provisions for bad linter-corporate Loans” amounting to Rs. 7 Cr. That resulted in a net loss of approx. Rs. 7 cr. This is not considered good in terms of Management quality and intent.

From March 12 to March 17, the expenses were more than sales resulting in considerable losses every year. This indicates poor operations or orders taken at loss – both of which are not good management traits.

In FY 12, the company received only 2 orders that is indicated from low sales revenue. This year also saw a fall of crude oil process falling that impacted their order prospects. With low orders, company could not control expenses that stood at 115% of sales that resulted in considerable losses.

Sales were flat in FY13 at 49 Cr. This year, the company expanded to internationally. The management expected a top-line of 300Cr by 2016 – it was not even close at 78 Cr. The same factors resulted in poor order numbers. The same problem of Expenses being above sales existed, resulting in loss. The new management recruited last year doesn’t seem to work. Despite losses and poor performance, the salaries of key managerial executives increased 3 times from 42 lacs to 1.4 cr! Provision from intercorporate doubtful loan still exists in the books.

In FY 14, sales increased substantially from 49 cr to 122 cr. This is due to the new government focusing on Indian oil reserves exploration. However the expenses overshot revenues again resulting in losses. (Not Sure But looks like provision has been made to disappear; that is written off – sign of siphoning?). The company was fined 20 lacs by SEBI for not disclosing Samara taking up of shares in 2012.

In FY 15, the sales further increased to 140 cr but again the expenses overshot sales resulting in losses.

The same story of inefficiency despite good market and good orders continues till FY 17 when Oilmax took over Asian.

The new management has set out clear goals for strengthening the balance sheet and on cost control. This focus is heartening.

The management has a record of good consistent delivery without major delays. No penalties have been levied on the company. No fishy transactions or doubtful loans.

The result of excellent management is seen in the financial numbers post FY 17. This is the proof of pudding.

Attached is the full analysis

@bhaskarbora67, I have moved it here since this already existed. I’ll send comparison with alphabet shortly

@bhaskarbora67 as requested by you… Please let me know your views

@dineshssairam could you please let me know you views?

Members please analyse and let me know your views. This looks to me a turnaround story at very early stages that we could invest on.Comparative Analysis.pdf (82.1 KB)