Grateful if you can share specific points around this. In my view, broadly the topline and expenses are in-line with last quarter. The main impact is due to change in inventory figures which lowers PAT (rather artificially).

The built-up in the inventory is clearly evident on the Balance sheet - currently ~316 cr (against market cap of ~488 cr., wow!!). The question remains whether is it due to some specific reason:

I don’t have answer to this yet, but if someone manages to speak with management, that would be great.

Overall, the cashflows look healthy, but again 44 cr. stuck in inventory in 1H is not an encouraging sign unless there is any good valid reason.

One very good point which I notice is that they seem to have paid almost entire working capital loan (see cashflow from financing activities >> 1H’19 itself they paid ~70 cr WC loan + interest of ~5.5 cr., with ~20 cr loan outstanding now).

If anyone is aware about the progress of new capex, kindly add. I noticed that fixed assets have not moved much.

There seems to be drastic increase in trade payable from 7 cr to 65 cr??

Yes, but payables are generally not concerning. If it would have been receivables, then it would be worrying sign.

Going by the cotton price which declined by 30% between Apr and September, their inventory would have taken a knock to that extent. Typically, 80% of their total inventory (316 cr) is towards raw material. That will be about 70 crore split between q1 and q2. Despite that, if margins have withstood, so is the knitting so good on operating margin?

All cash rich spinning companies seem to have piled up inventory - may be due to low prevailing prices in q1 and then lower crop prediction.

I was looking at the quarterly results and found something that I could not understand.

What is the meaning of this negative expense for inventories and work in progress? 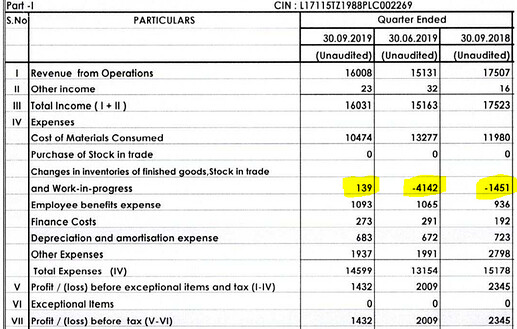 Cost of sales line is split into two(pursuant to revised schedule VI issued by MCA a few years back - see the Revised Schedule VI Guidance Note) - the first line is COGS(applicable for manufacturing activities)/ purchases(applicable to trading activities) - which shows the cost of all materials(raw materials) purchased during the period and the second line being changes in inventory for the period.
Let me give you an example -
Assume Ambika had

Thanks for the response AJ. It helped me understanding the concept. I have a follow up question.

Instead, don’t you think that the formula should be Closing inventory - Opening inventory?

Let’s put it in a simple way. Let’s say in the beginning of the period, the company has 100 units (Opening Inventory) and at the end of the period, it has 70 units (Closing inventory).

Another question is that I checked the past annual reports and observed that the change in inventory is negative since last 4 years, but the balance sheet is showing the increase in the inventories year on year. How is this inventory getting increased?

company which just stocks up inventory year on year, without consuming anything for production, will not see any impact on P&L (as purchase of materials will be offset by (opening-closing inventory)).

Growing companies inventory level will only increase as they would need to stock cotton for next year requirement. And cotton availability is also seasonal in nature.

A couple of years ago, there was a great deal of excitement about Ambika Cotton Mills Limited (Ambika)—an extremely well-run business by an ethical promoter

Not a subscriber of moneylife. Has anyone read this article and is there any valuable insight ? 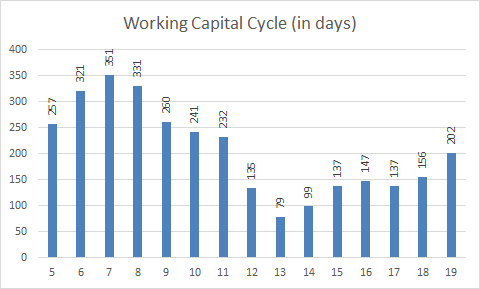 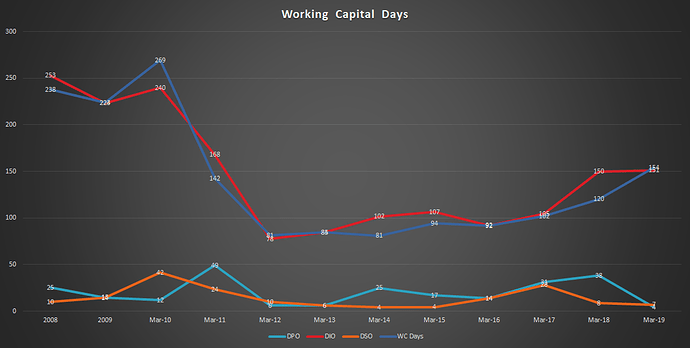 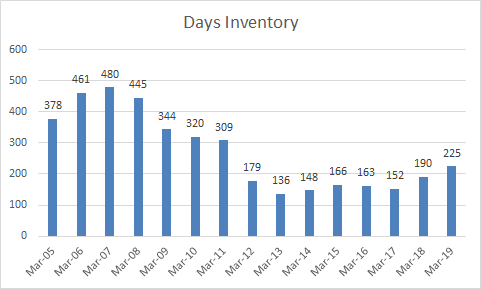 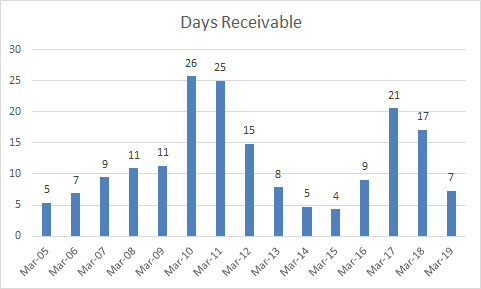 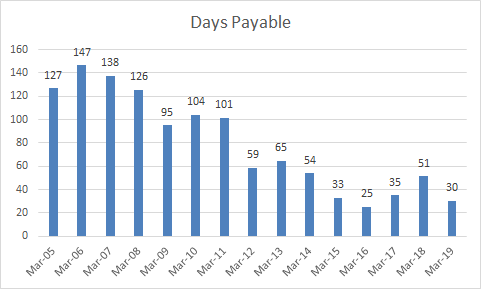