True that, one look at Inobat website and you know it is still in startup phase buliding labs and factory. Have backing of some marquee investors, actual product manufacturing and commercial sales is some time away.

Are there any updates on PCB issue. I believe they had previous put a closure order.

High Court of Andhra Pradesh has extended the interim suspension of said closure orders of APPCB and the next hearing is scheduled on January 24, 2022. 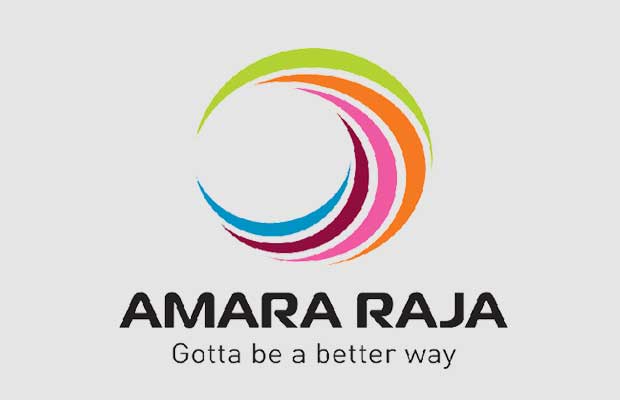 Amara Raja Batteries is investing €10 million in InoBat Auto, a Norway based firm focused on research and development in the field.....

There is a high possibility that case may go in favor of Amara Raja tomorrow.

Once the Court case issue is solved, Amara raja might see some recovery

I had an interesting discussion with @Rafi_Syed about Amara Raja and am trying to capture the same on VP. Prices have gone down by 40%+ from a peak of ~1000 in January 2021. 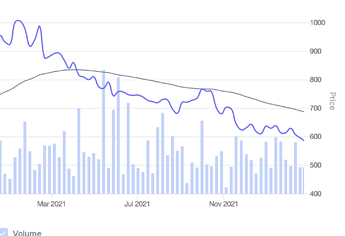 That was also the time of peak operating margins, since then margins have come down (for both Exide and Amara Raja) due to increase in lead prices. 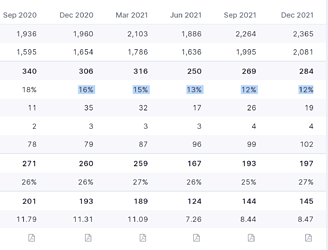 They also ran into environmental compliance problems starting in Q4FY21.

Also, the next generation has been inducted in leadership roles and are prioritizing investments in lithium ion batteries. 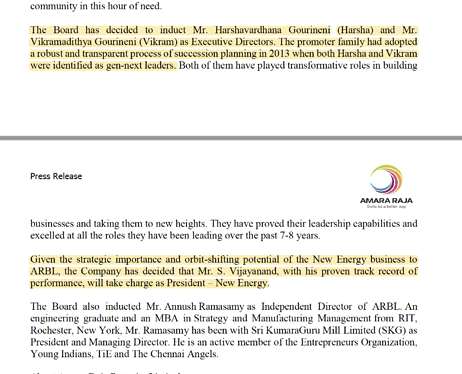 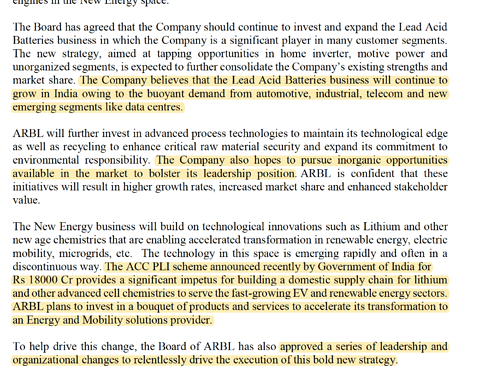 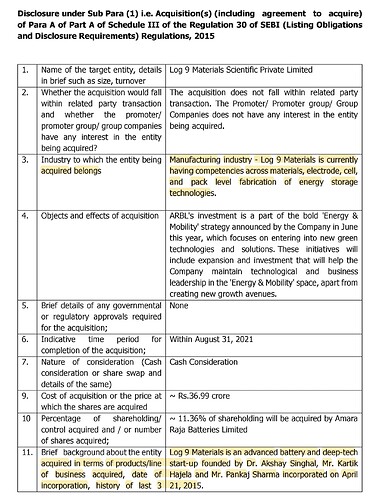 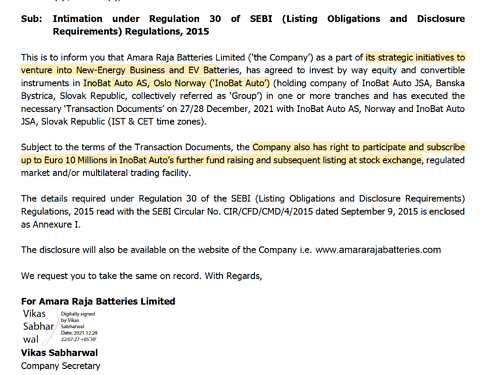 Comparison with exide: Growth and margin performance has been better than Exide.

During the cyclical auto downturn, they managed to grow sales and profits.

So it seems company is investing in future technology, gaining market share and trading at reasonable valuations. A cyclical uptick along with a resolution of their compliance problems can benefit company’s performance. Key risk remains the high level of investment required in building lithium ion capabilities which will hamper free cash generation.

Please factor in these developments.

The lands were allotted in 2010 i.e during congress rule and not during TDP rule (2014-19). Galla Jayadev’s maternal grandfather and mother were with Congress party for decades (since 1970s) and they have a very good reputation. They were unhappy with the way congress govt bifurcated the state and left the party before 2014. Galla Jayadev contested as MP from TDP in 2014 and 2019 and won. The YCP govt has been allegedly harrassing TDP and it’s cadre since they came to power in 2019. But if you do some fact check, they also have a reputation of losing most of the cases when challenged in the court. Since I follow AP politics very closely, I can only say one thing. If they had done something wrong, Galla Jayadev would have long left TDP and joined other parties. This guy has some guts and character to fight with the state govt head on.

Infact I started studying the stock only after the court case. The fall was a good opportunity for me to accumulate since I know the circumstances behind the PCB order.

As I said, there is always an easy way out with such politically motivated cases. You can defect /change your loyalties and save your company. When one chooses to fight and not take the easy route, either one is confident or foolish. I believe that in this case, it is the former. Hope justice will prevail.

Anyway I just wanted to give more information and add value to the discussion. The posts can be deleted if it is otherwise.

@zygo23554 , would love to know your thoughts on Amara Raja. Looks really enticing

To me, it seems one major reason for large under-performance of stock for past 5-7 years has been the narrative around Li ion and Lead Acid batteries becoming obsolete (other than the huge run up in valuations prior to that).

I think the market realizes all this but the overall selloff hasn’t let this realization get reflected in the stock price.

Major negatives may be the Pollution Control Board uncertainty and large capex for Li-ion hurting potential free cash flow generation.

Apart from that, Log9 was also in news recently Log9 Materials will be bringing in their expertise to the table by adapting their insta-charge tech that enables Velocipedo to be charged within just 10 minutes, eBikeGo said in a release.

Company announces merger of plastic division of Mangal Ind into the public co. I think the acquisition is very fair (592 cr. being paid in shares based on today’s price on FY22 sales of 569 cr.). My notes from today’s call is below.

They are merging only the portion which is supplying battery moulds. Rest will continue to operate separately. Is it still a fair valuation? Why to invest 600 crores now on this considering the debt takeover?

i think this makes sense wrt to backward integration

To Be Excluded From Futures & Options

Tata Elxsi was excluded from FNO in dec 2019. As I was holding the shares I didn’t know what it meant but holding on was the best decision I had made at that time.

Tata Elxsi, Hexaware, UBI to be excluded from F&O